You are here: Home > Photoessays > The Mysteries of the Eskaya Tribe

While traveling in the Philippines in December, 2011, I stopped to visit a friend on Bohol named Chekei. She told me about a tribe in the mountains that few people visit called the Eskaya. I asked if she could take me to visit them. The next day we rode her father’s dirt bike into the mountains for over an hour, dodging blankets covered in rice laid on the road by villagers to dry in the sun. Chekei had told me that the Eskaya had unique customs and dances. It was quite the understatement. 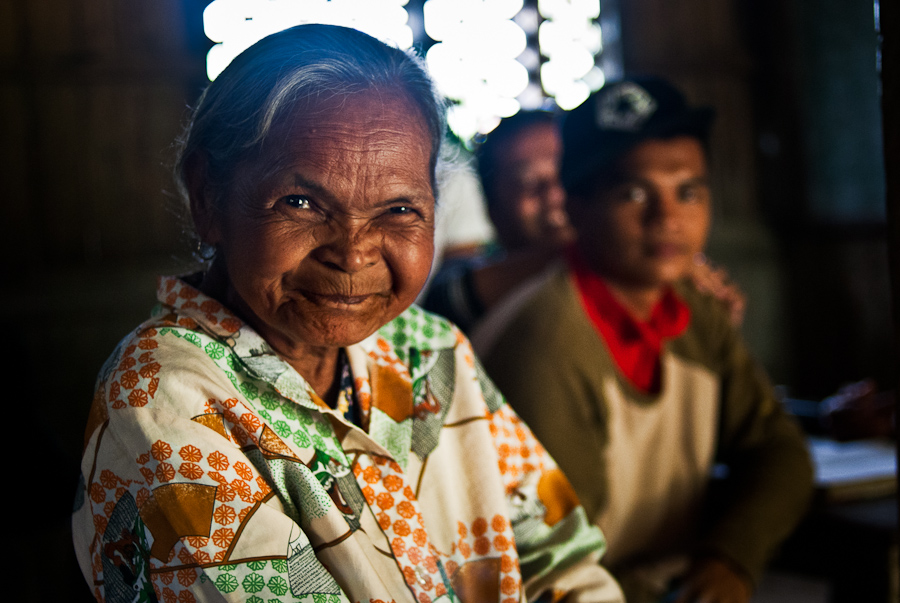 The Eskaya Tribe is located on Bohol, an island in the Southern Philippines. According to the last census in 2000 it had a population of around 3000. 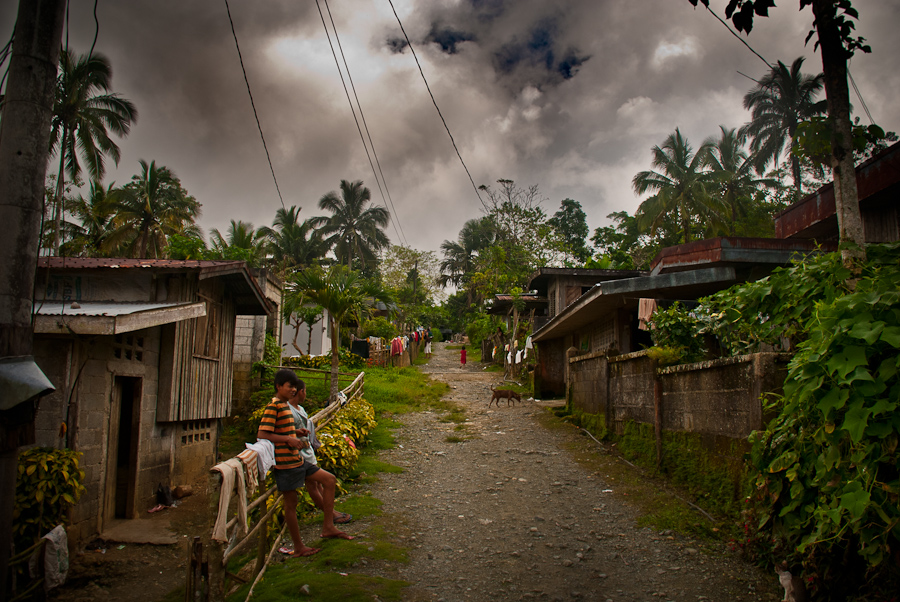 They live in a few villages in the mountains and along the coast. 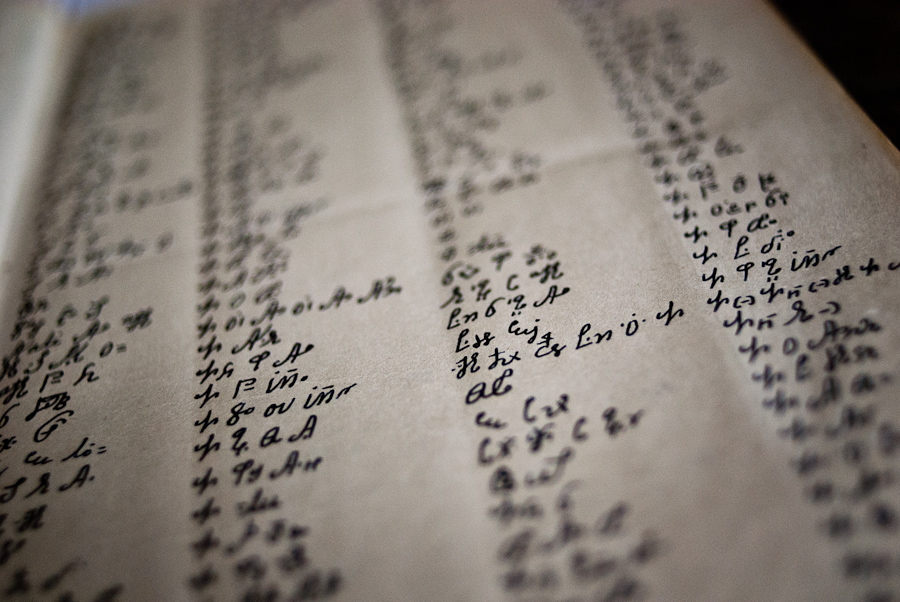 The Eskaya have a unique language and writing system that scholars have not been able to link to any other known language. 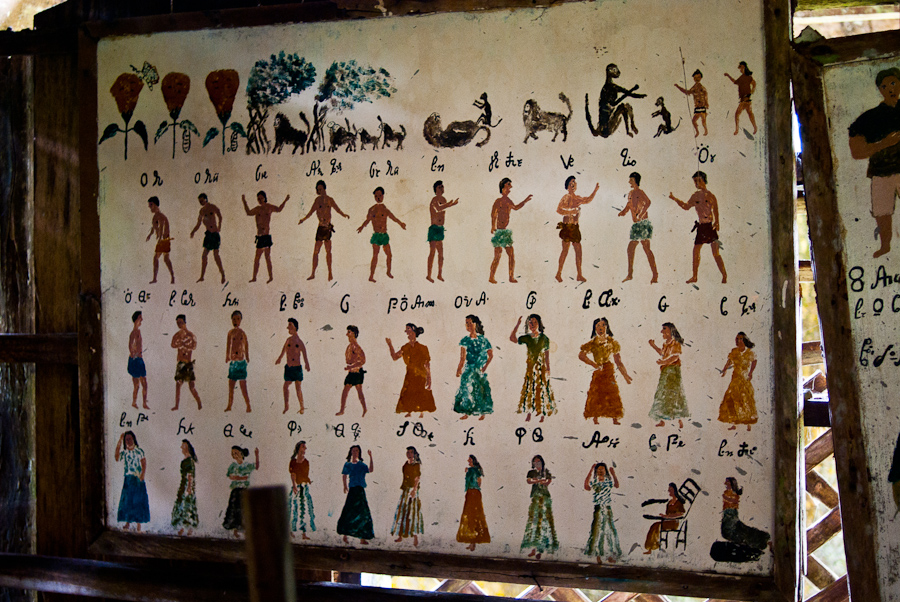 They also have a unique oral history (or mythology depending on who you ask) dating back to biblical times. They believe that people originated from a butterfly called Pinya Paypay Pling. In some way (that is not clear to me) the butterfly interacted with a lion and lioness who gave birth to a monkey. That monkey mated with another and gave birth to the first humans. This is depicted in this educational chart from their school. 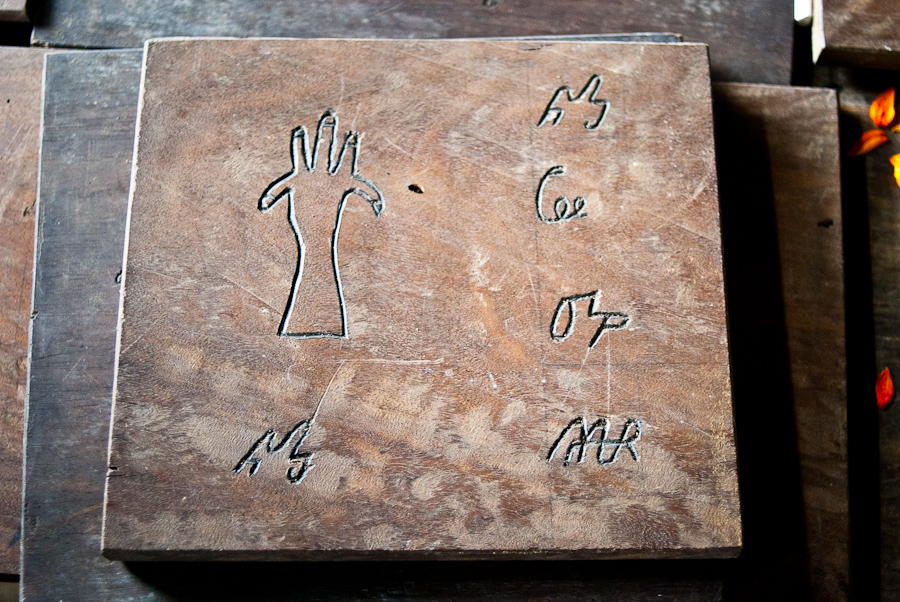 Their written characters are based on parts of the body, as can be seen in this hand-carved wooden depiction. 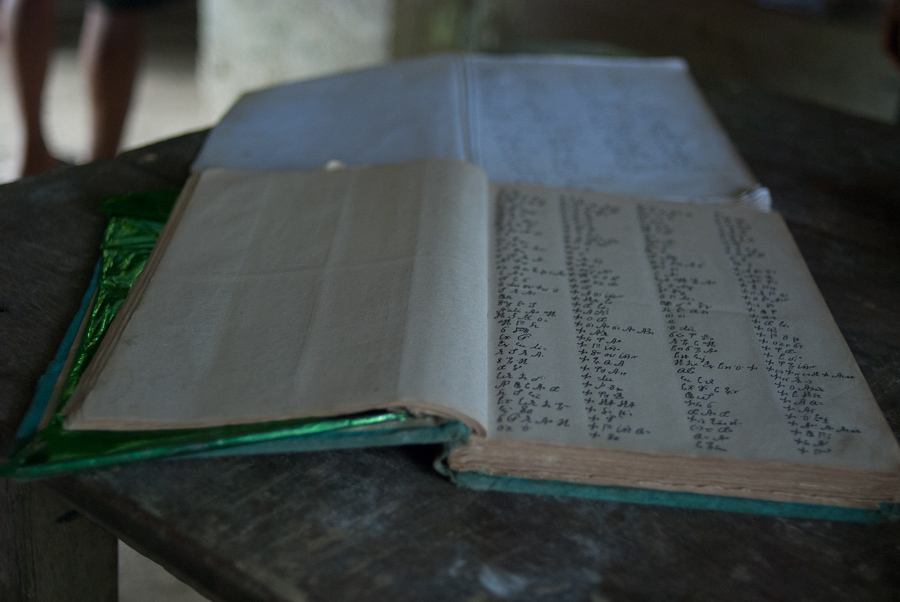 Both their history and their language are recorded in a series of hand-written volumes. 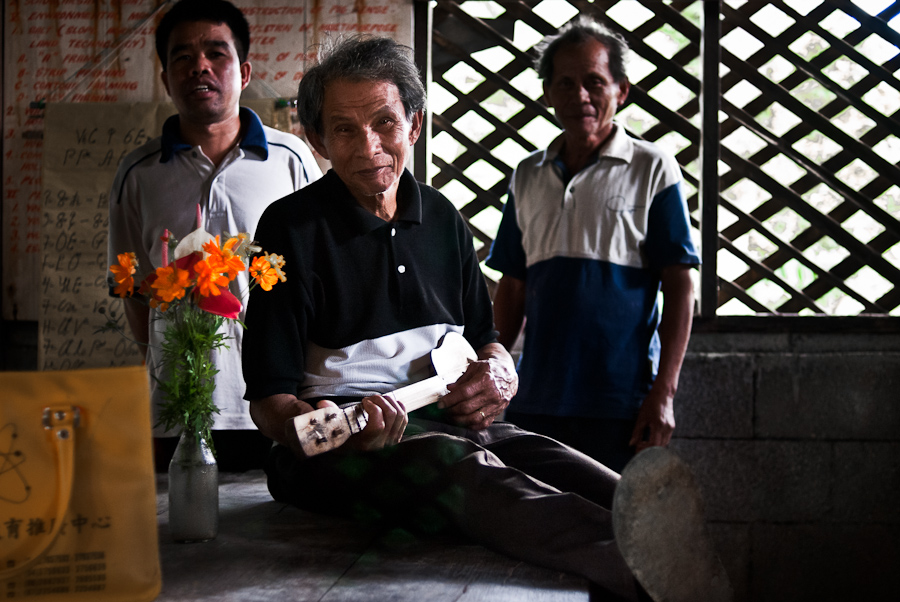 Much of their history is still only passed on orally, at the school, in their language. The elders in these pictures are among the few who continue to study the language and history.  This man plays traditional folk songs on a ukulele-type instrument. 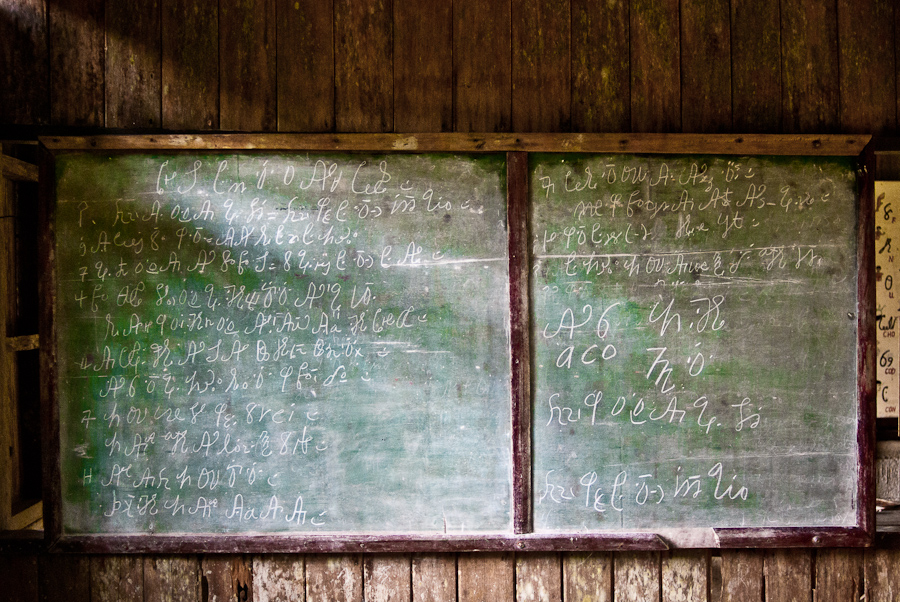 What is left of this tribe’s unique culture is passed on through a few schools like this one in the mountains. 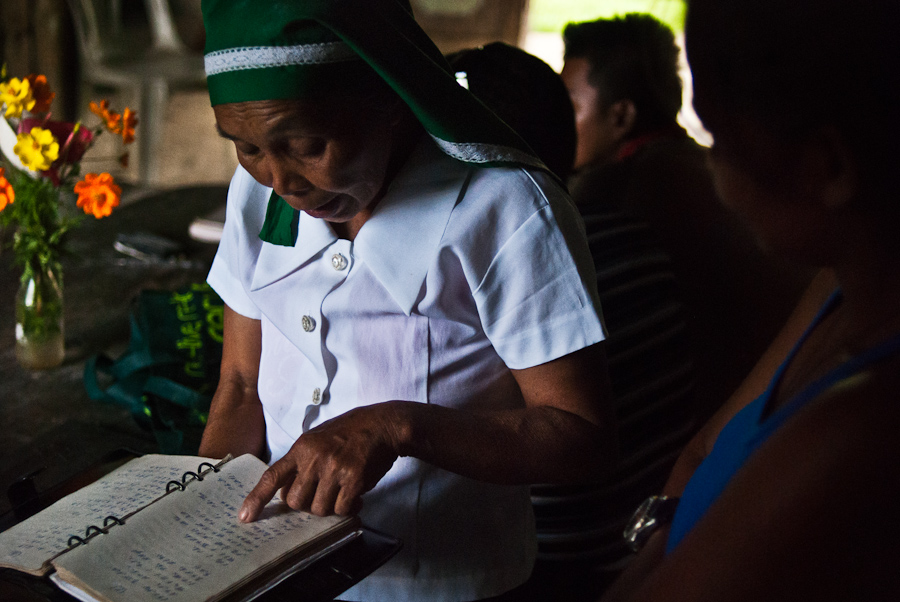 As in many rural tribes in the Philippines, the attractions of technology and modernism are drawing young people away from tradition and out of their villages, slowly eroding the local culture. 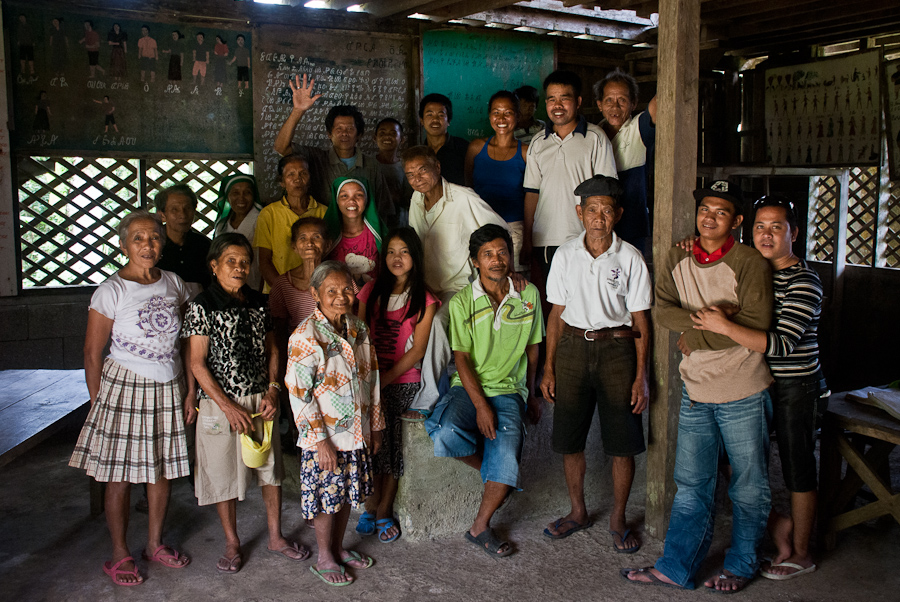 Before long, all that will be left of these cultures are the few books that have been written and pictures like these.

122 thoughts on “The Mysteries of the Eskaya Tribe”