You are here: Home > Photoessays > Offroading in Australia

I was lucky enough to be able to spend a year travelling in Australia as the first part of my long and slow world adventure. My goals for the trip were simple – I wanted to get way off the beaten track, and explore the kind of Australia that I had seen in movies like “Crocodile Dundee” and “Australia” (sure, the latter may not be the greatest movie of all time, but watch it with the sound off and I guarantee you’ll want to visit Western Australia by the end!).

In order to get off the beaten track under my own steam, I needed a vehicle suitable for the challenge, which in Australia meant getting hold of a Toyota Land Cruiser. These things are practically indestructible, and perfect for the kind an offroad Australia adventure.

I wanted to see the places that only a four wheel drive can take you! Places so muddy, sandy or river filled that your average vehicle would balk at the challenge.

In today’s post I’m going to share some of the places you can only get to in Australia by four wheel drive vehicle (or plane), so you can get a flavour of what the wild remoteness of Australia has to offer. Enjoy! 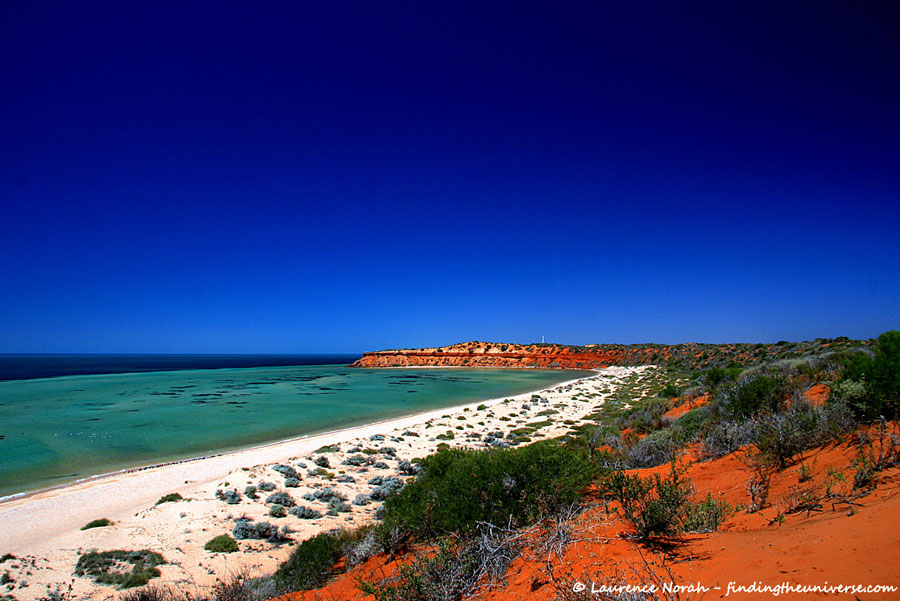 This beach on the Western Australian coastline is in the world heritage listed Shark Bay, a place stuffed full of marine life, including the rare Dugong. This particular part of Shark Bay is the Peron peninsula, and is essentially a giant pile of sand. Perfect for a sand driving adventure! 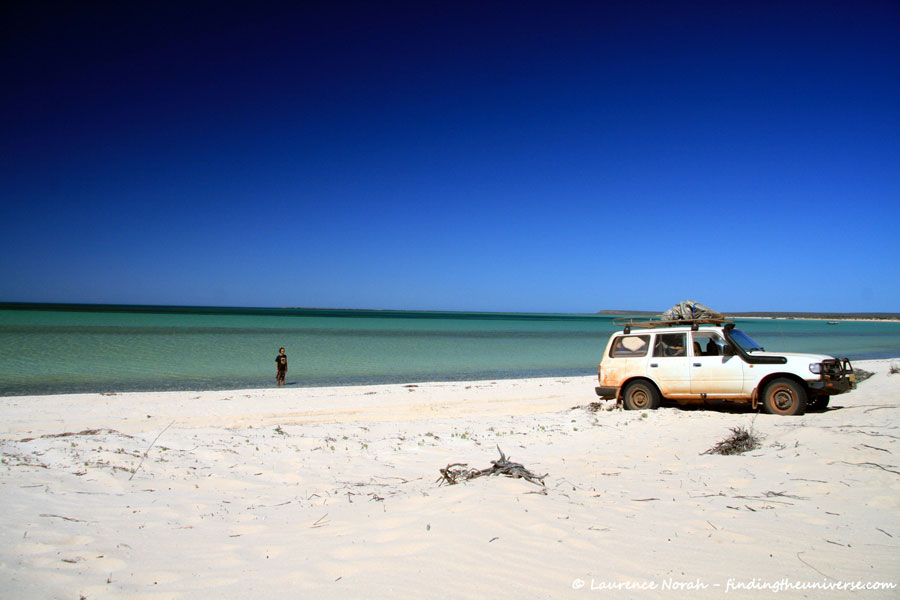 And this is where we camped for a few days in Francois Peron – right on the beach, with gorgeous views and just the odd passing fisherman for company. Tough to beat! 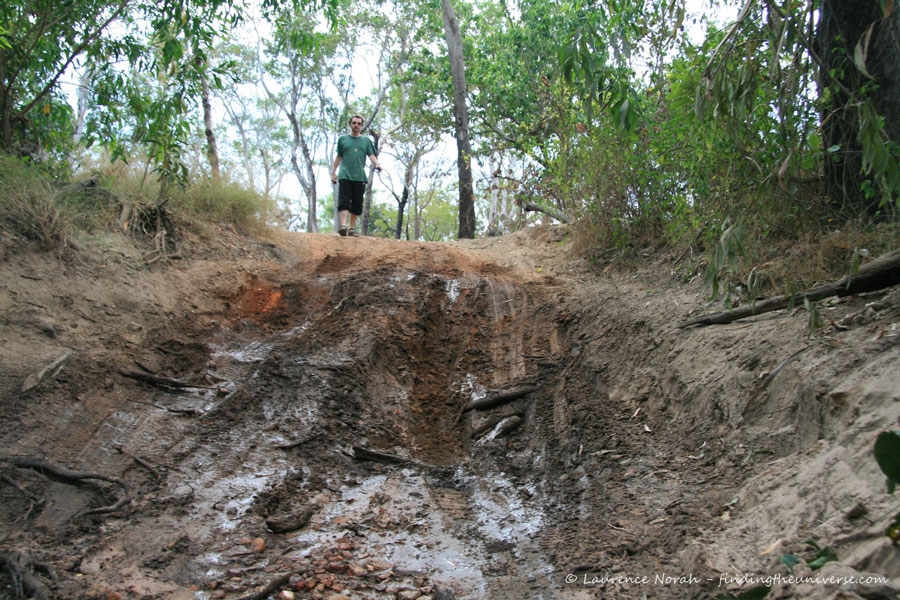 It’s not all beaches of course. Sometimes the terrain is more on the muddy side. This is one of the river crossings we tackled when exploring Litchfield National Park in Australia’s Northern Territory. 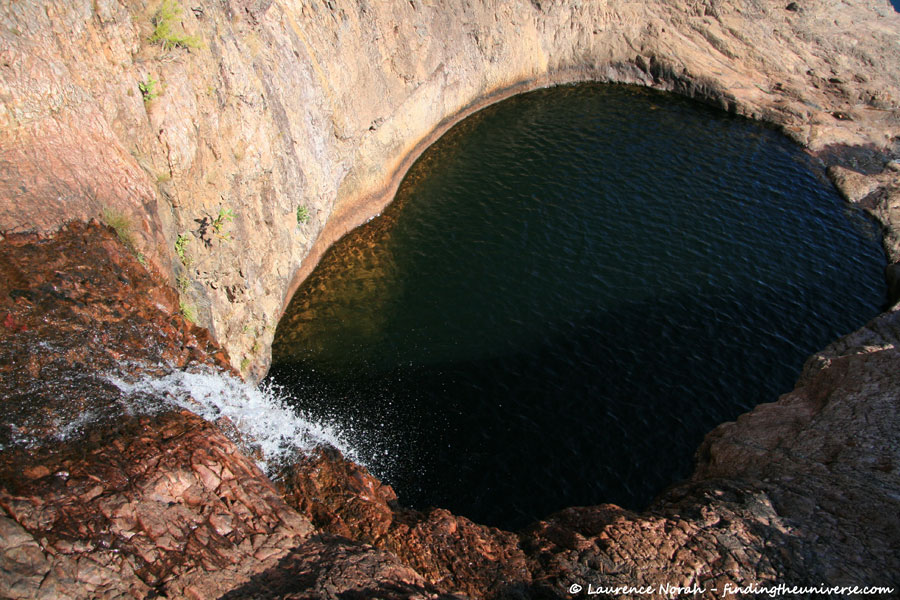 The reward for tackling roads like the above is finding secluded little waterholes like this one, tucked away down 4WD-only tracks, and with none of the crowds associated with the popular, tarmac accessible waterholes. Can you beat your own private waterhole in the Australian bush? I think not! 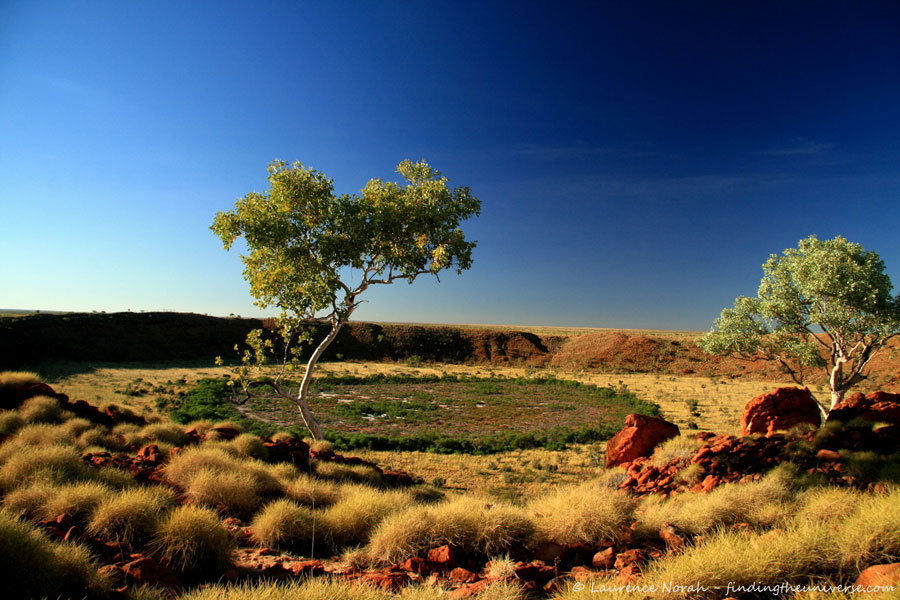 Sometimes having a 4WD with extended fuel tanks and storage for lots of spare water just gave peace of mind, meaning we could go to places far, far away from civilisation. Take our visit to the above photographed Wolfe Creek Meteor Crater for example (yes – that Wolfe Creek!). This is out in the middle of nowhere in Western Australia, mostly on unsealed roads, and you need to be entirely self sufficient to stay here. Which, thanks to “Fluffy”, our incredible steed, we were! 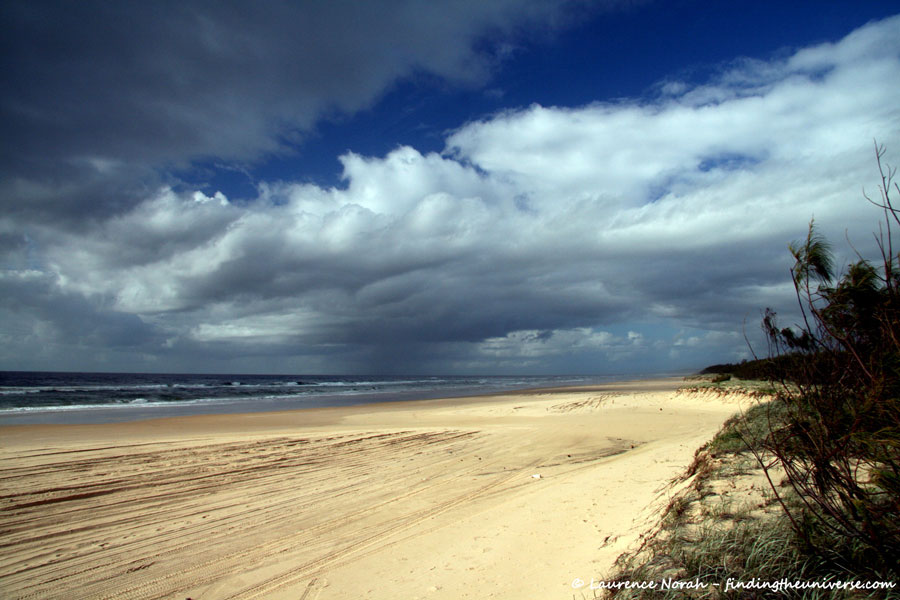 Ok, back to the beaches. The amazing Fraser Island, off the coast of Queensland, is a huge island entirely composed of sand. The main roads are sand, mostly because they’re largely what the rest of the world would refer to as beaches, so clearly 4WD only! They also double up as airports – it’s the only place in the world where I’ve had to give way to landing aircraft when driving along! It’s one of the must-visit attractions in Australia, largely due to the gorgeous fresh water lakes. The next couple of photos are also of Fraser Island. 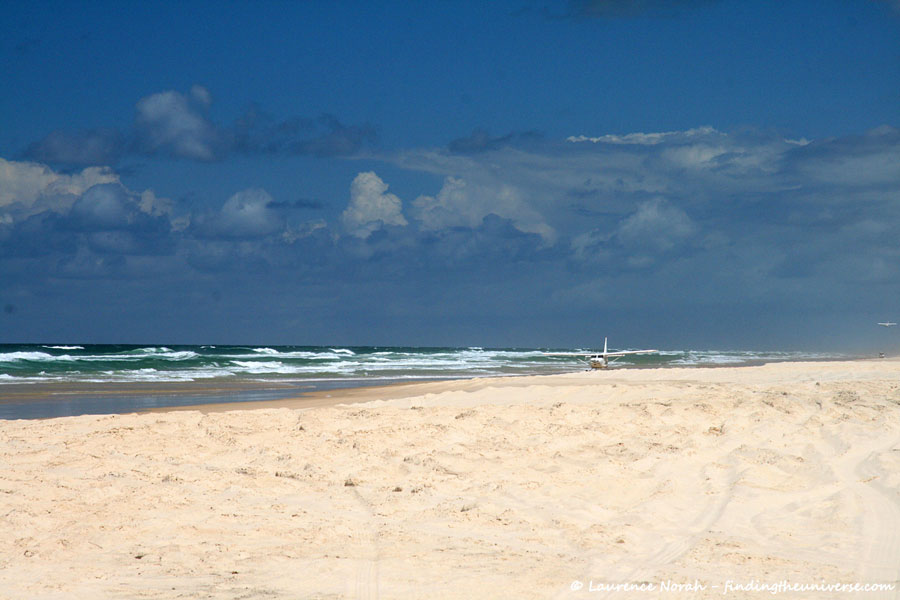 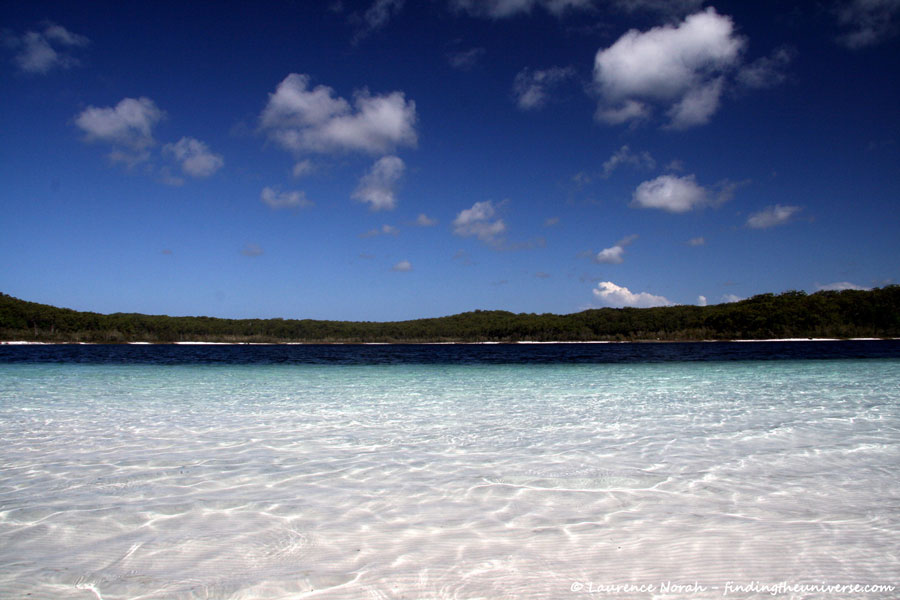 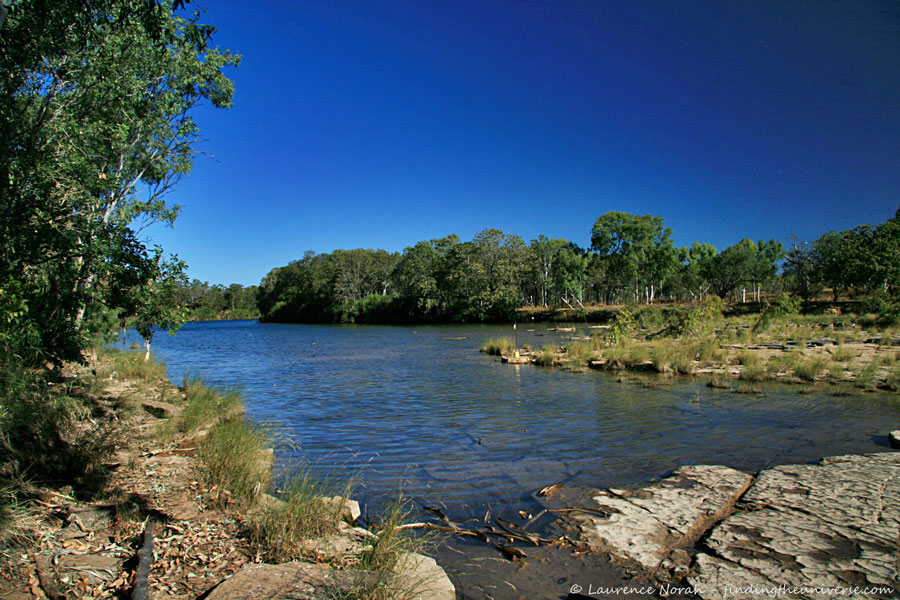 Sometimes you just want to do a challenge for the sake of it. This was what happened when we chose to explore Gregory National Park by 4WD. This is a seriously remote bit of wilderness, once a giant cattle ranch, that offers nothing but vast empty outback space. We spent ten days in this park, on roads like this (see the white marker poles? That’s the road!), and barely saw another person. Plenty of flies, sure, but no people. 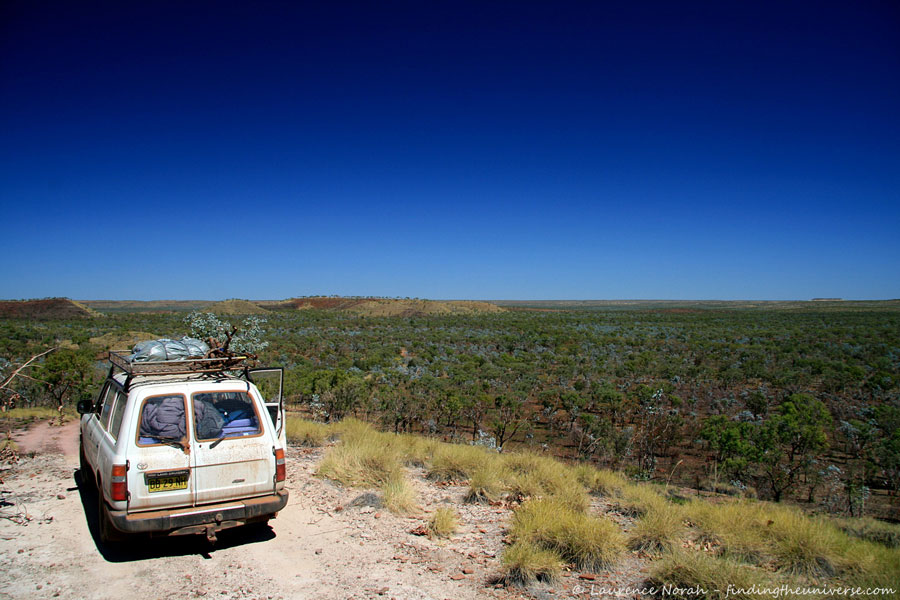 Gregory National Park. Not a lot to see but endless blue skies and fabulous outback vistas like this, and the below. 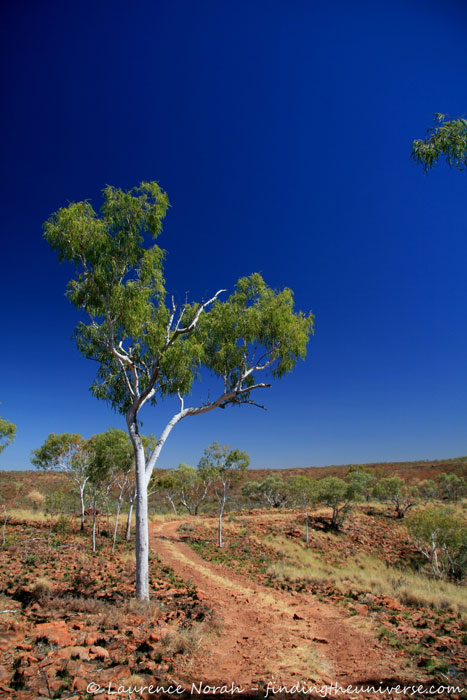 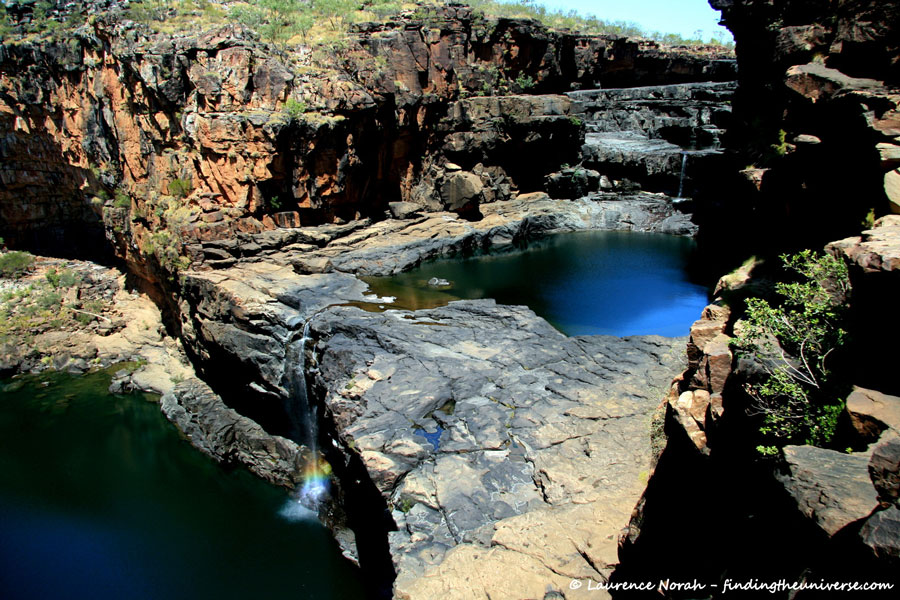 One of Australia’s most famous off-road trips is the incredible Gibb River Road, which spans across the Kimberley region in the northern half of Western Australia. This features multiple amazing gorges to explore, scenery right out of Baz Luhrman’s aforementioned “Australia”, and a true wilderness experience. This particular shot is of the four tiered Mitchell Falls, located right at the end of Kalumburu road, at least 1500km from anywhere. And yes, you can swim here. 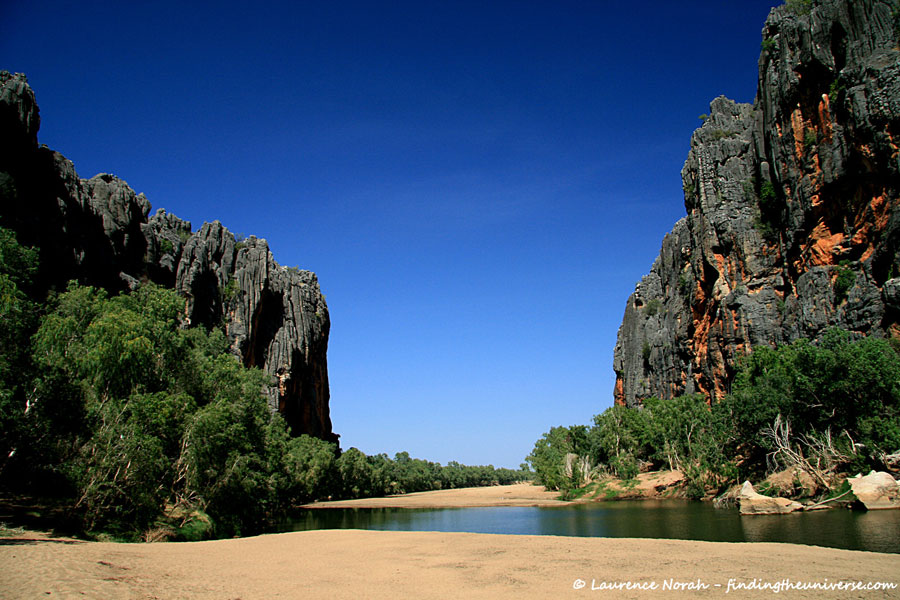 Another highlight of the Gibb River road is the Windjana Gorge – a 300 million year old reef right in the middle of the outback. It’s quite the sight, rising out of the otherwise largely flat outback surroundings, and is also home to a large population of fresh water crocodiles. 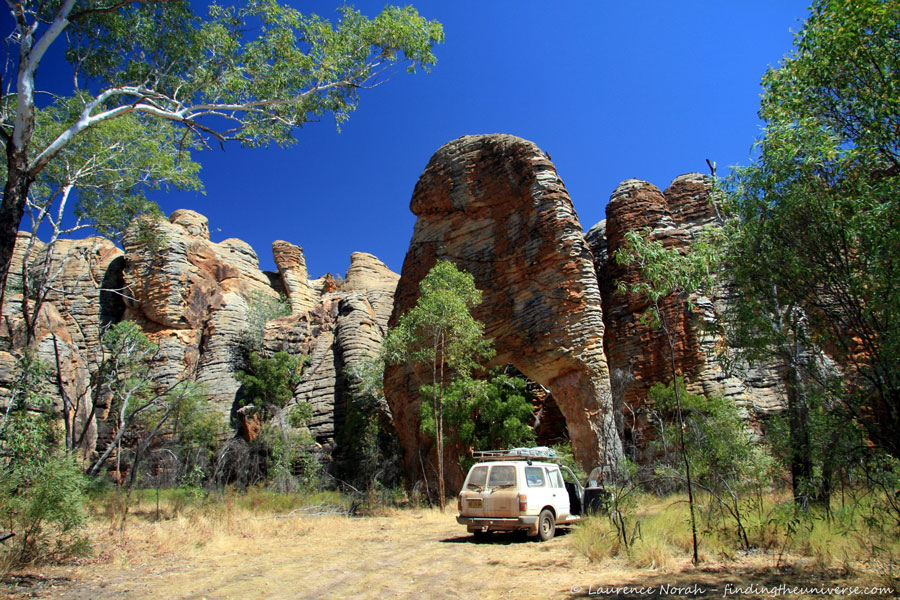 Australia plays home to some weird and wonderful rock formations, such as those found at the spectacular Lost Cities of Limmen National Park in the Northern Territory. This park is also very isolated and under-visited – we practically had the place to ourselves on our week-long tour through. Again – deep sandy conditions and washed out gravel roads mean this is a four wheel drive only experience. 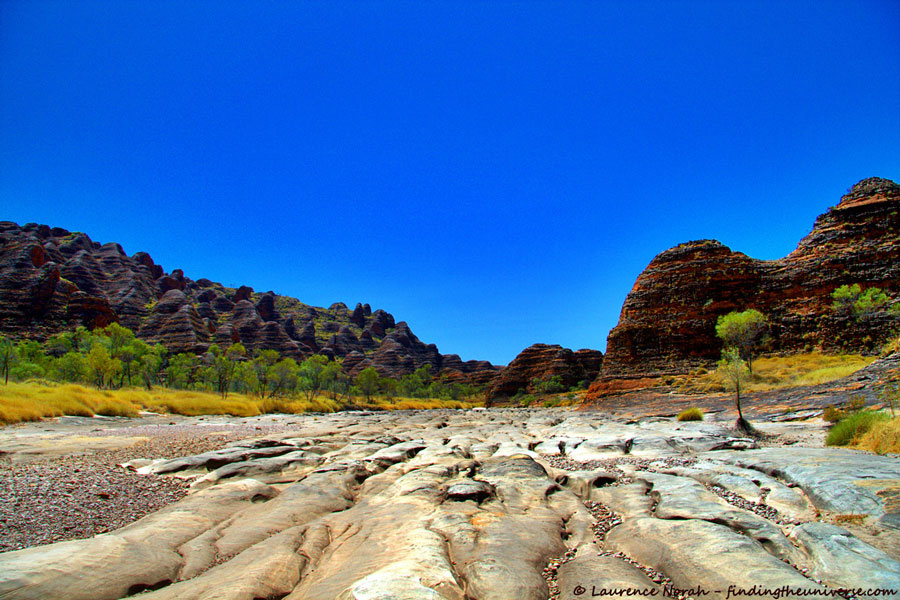 One of the absolute highlights of my trip to Australia was visiting the wacky rock formations of the Purnululu National Park, also known as the Bungle Bungles. Tucked away in Western Australia, and down a 50km road that requires three river crossings, this is one special spot. The colours are formed by oxidisation and cyanobacterial (rust and mould to you and me) action over countless years, resulting in the weird orange and black stripes you can see in the above and below shots. 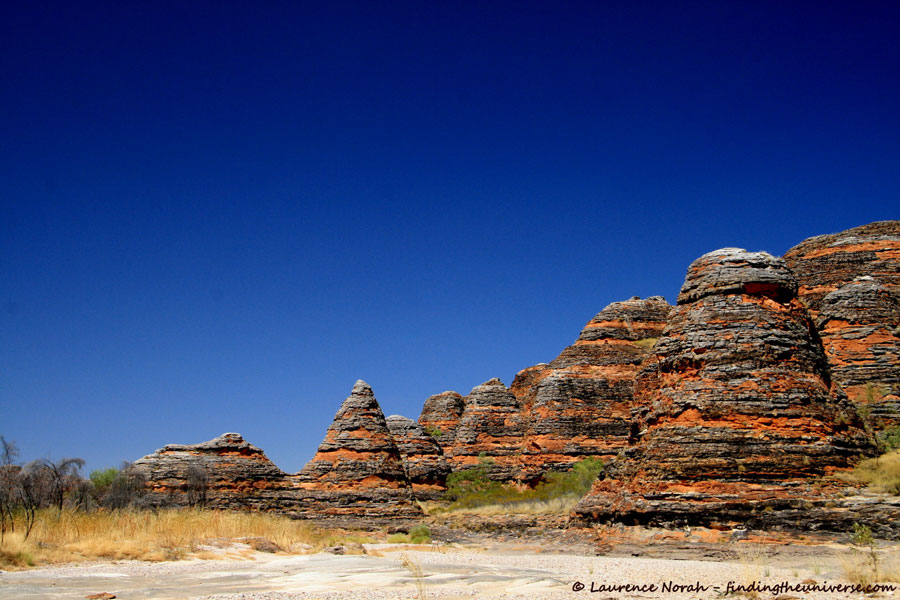 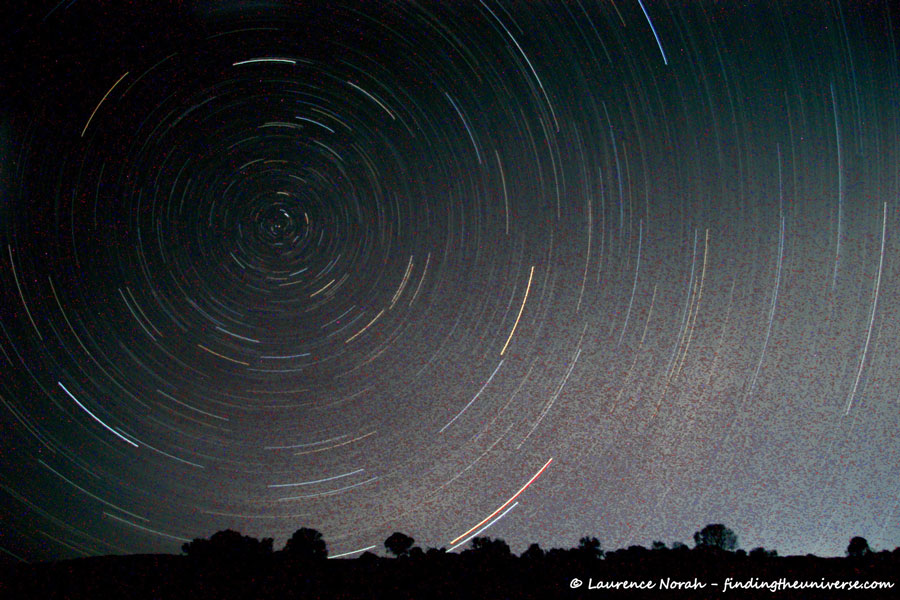 Ok, so you don’t strictly need an off-road vehicle to experience the inspiring outback sky at night. But I did take this shot from the Holland Track, which IS a 4WD only route in Western Australia, so I deemed it worth including. When you are in Australia, prepare to have your mind blown by the night sky in the outback – it’s incredible! 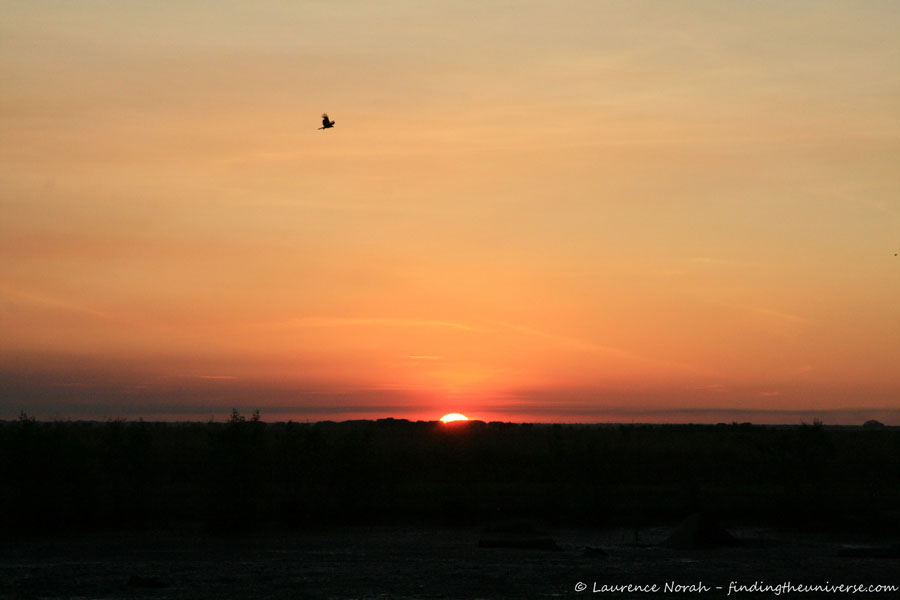 And I wouldn’t be doing justice to my trip without a couple of shots of some powerful outback sunsets, both of which were taken in the Kakadu National Park. Kakadu has a whole host of attractions, but the real highlights of Kakadu, including the mighty 200 metre high Jim Jim falls, are only accessible by four wheel drive. 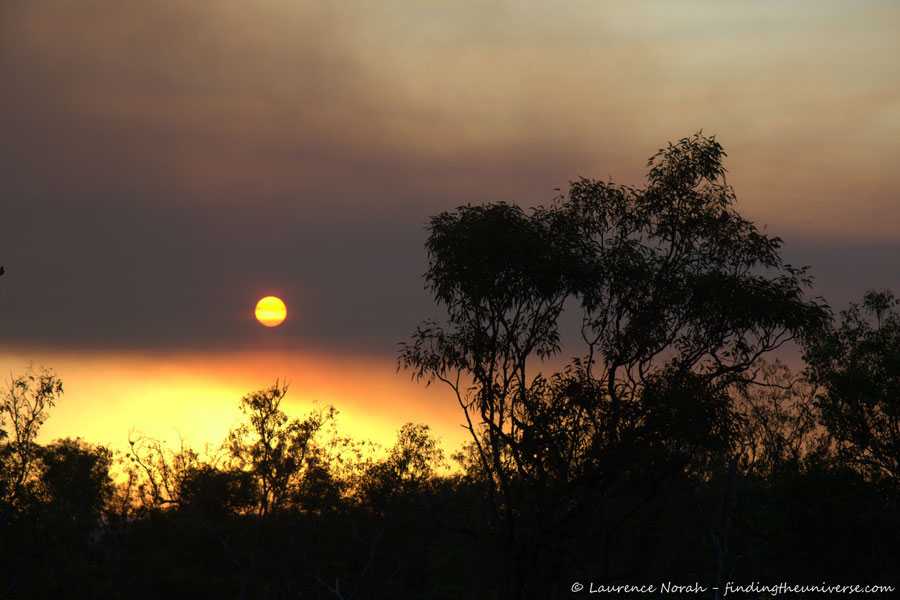 And that’s it for today’s photo essay! If you’re planning a self drive off road adventure in Australia, you might want to check out my comprehensive guide to off roading, which shares a lot of the knowledge I learnt on my trip, and should give you some ideas of things to consider. And if you’ve got any questions on this post – fire away in the comments below!

Laurence Norah is the snap happy mind behind travel and photography blog Finding the Universe, who loves adventure travel, getting out into the middle of nowhere, and taking pictures of everything he sees. You can follow his adventures and photography on his travel blog, his facebook page, and on Twitter!

11 Responses to Offroading in Australia