The Unesco World Heritage Site Rice Terraces of the Philippine Cordilleras are located in the Ifugao province on the island of Luzon in the Northern Philippines. 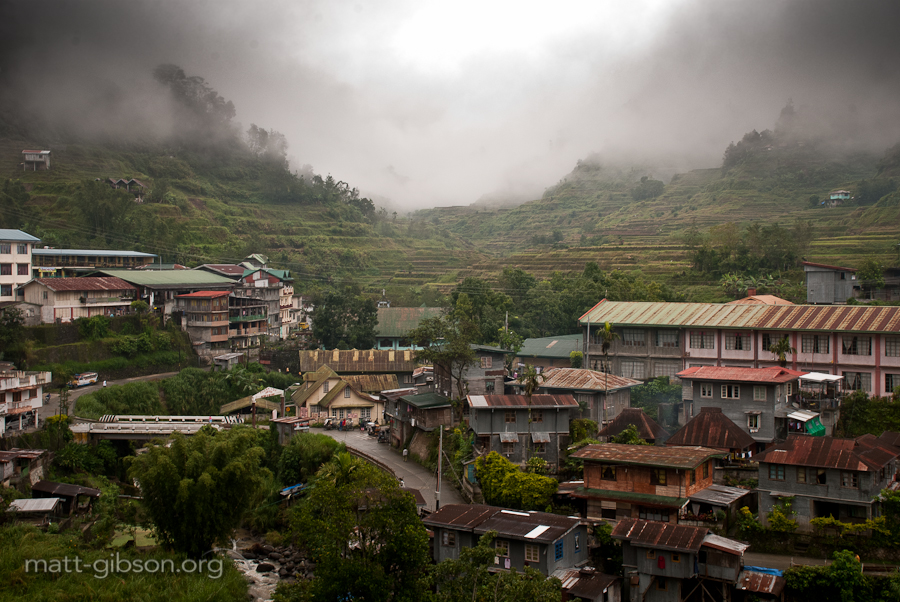 Busses transport visitors from Manila to the town of Banaue (about a 10 hour ride) twice a day. 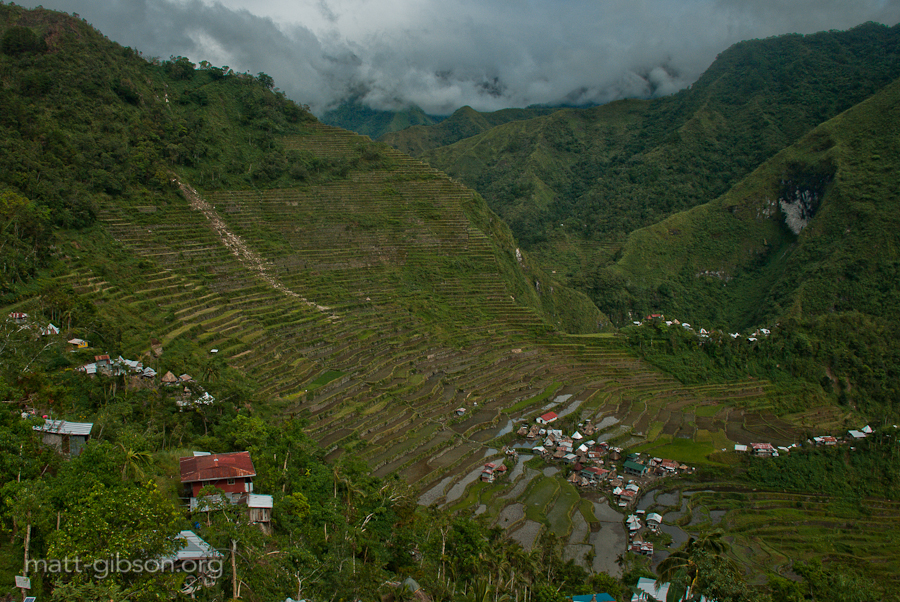 The most spectacular terraces are the amphitheatre shaped terraces around the nearby village of Batad.

The terraces are around 1500m above sea level, cover 10,360 square kilometres of steep mountainside, are estimated to have been hand carved out the mountainside as early as 2000 years ago. 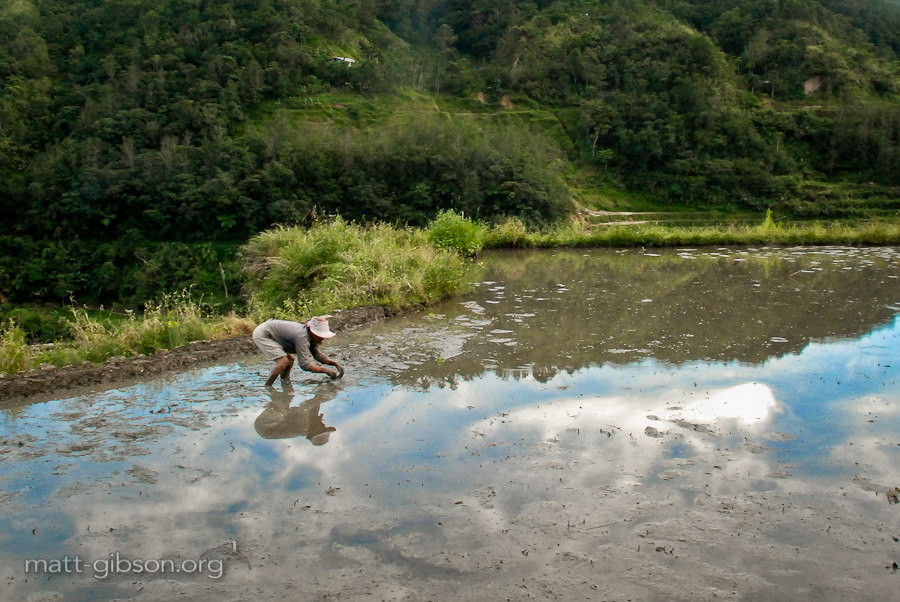 They have been built and farmed using the same methods for two millennia. 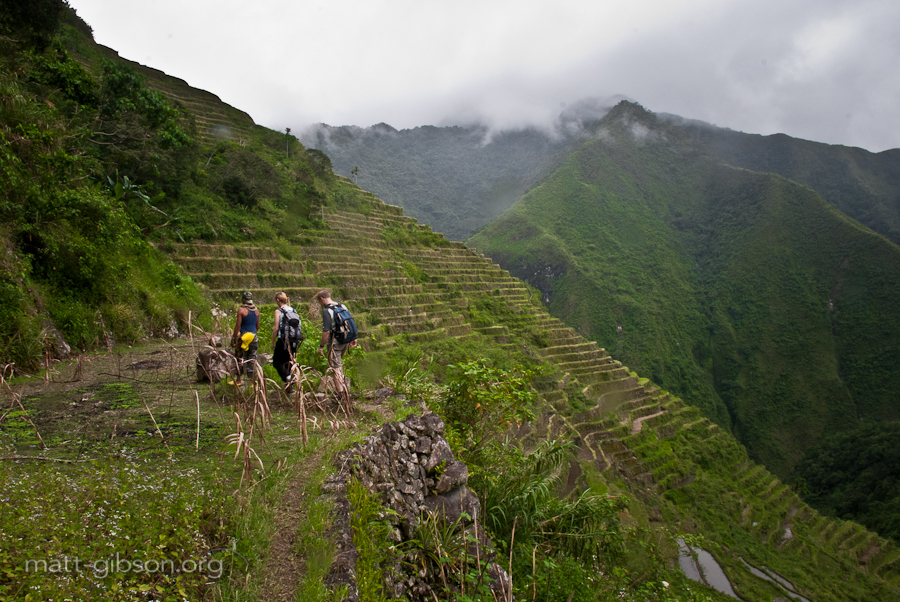 Most of the rice terraces are not accessible by road and can only be seen on foot. 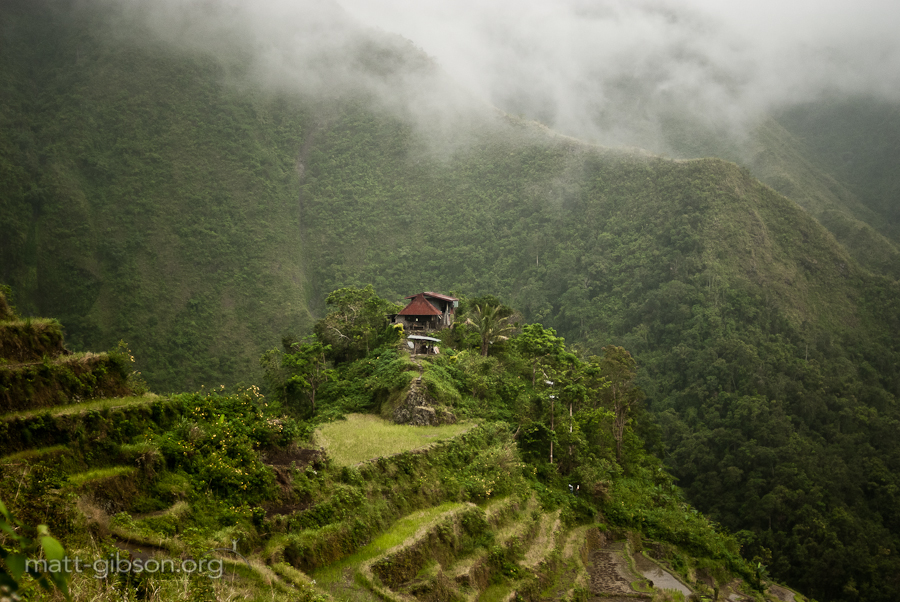 Houses are spread throughout the terraces. Each household is responsible for tending their own terraces, though when help is needed a traditional communal arrangement is used. When one farmer needs help, others will help him with anything he needs, and he will provide them with food. When others need help, he will do the same for them. 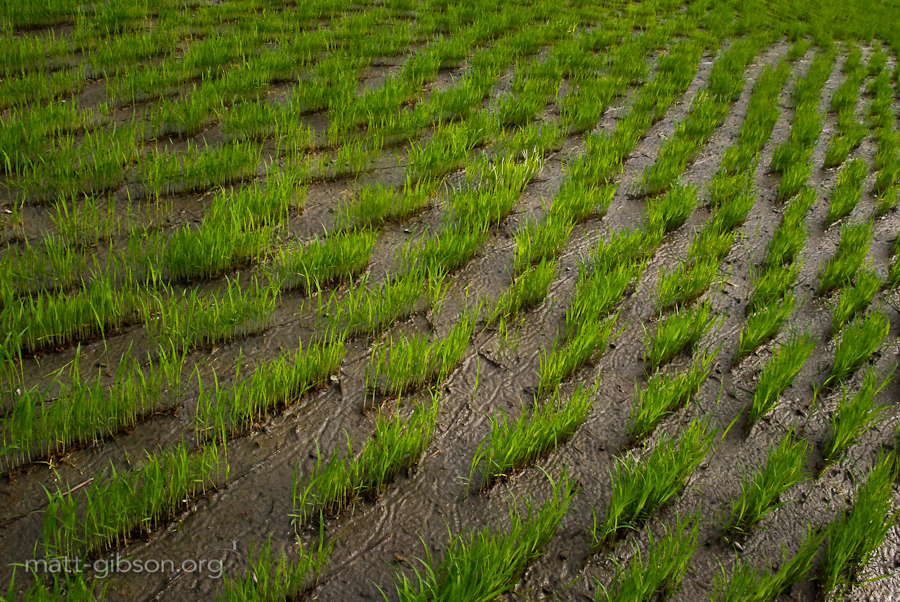 The terraces were named a UNESCO World Heritage Site in 1995. In 2001 the rice terraces were placed on UNESCO’s list of World Heritage Sites in Danger. Damage to crops and walls caused by large earthworms and rats (thought to be driven into the area by illegal logging and loss of habitat) has made them harder to maintain and many local residents have moved away to the city. An estimated 25 – 30% of the rice terraces are abandoned.

It is said that if all the terraces were laid end-to-end they’d stretch halfway around the world.

I’d like to thank the Native Village Inn in Hapo for providing me with accommodations (in real native huts no less) during my stay.