You are here: Home > Photoessays > Looking at Weird Stuff in the Taipei Museum of Contemporary Art

Western art can be pretty bizarre but, in my opinion, it doesn’t hold a candle the brilliant absurdity of Asian art.  The Taipei Museum of Contemporary Art (MOCA) is one of the best-curated museums of modern art in the region.  I’ve wanted to visit it ever since I first covered it in Xpat Magazine. I got my chance in June, 2012. It was every bit as weird as I hoped it would be. 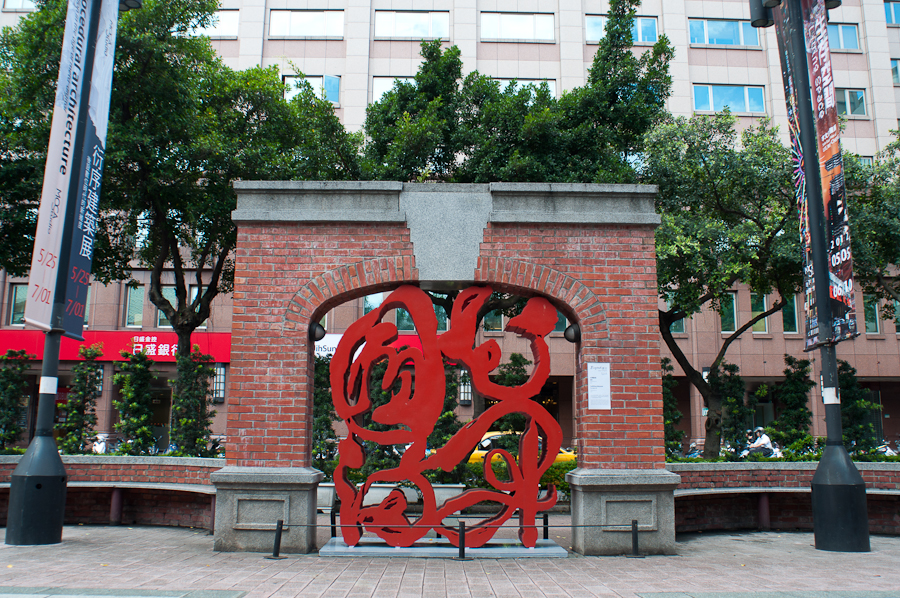 MOCA doesn’t only keep its art in the museum. There are installations outside, as well as in several public spaces around Taipei. 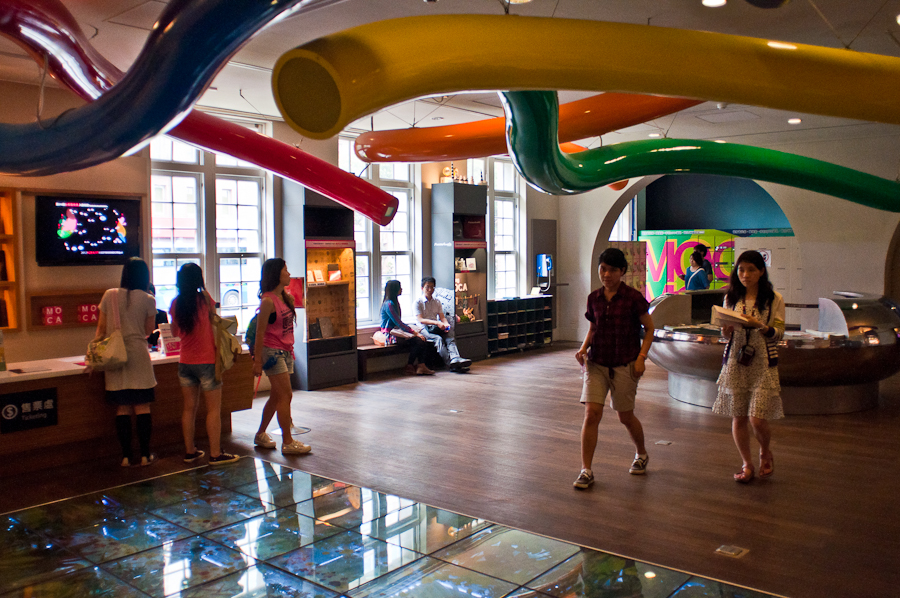 The exhibits begin in the lobby where adults pay an admission of just NT$50 (about $1.50 USD). 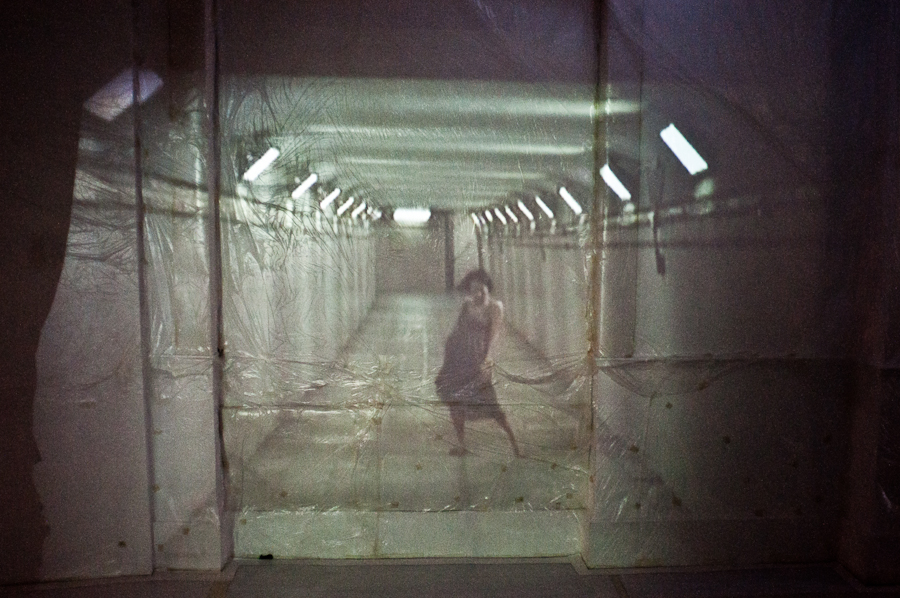 I visited with a writer friend of mine, Kristin Mock. One of the first exhibits we came across was Nomination Reasons from Tsai, Ming-Liang’s The Theater in the Boiler Room project. It was an Asian-horror-movie-esque video (projected on loose fabric) of a tunnel with a woman disappearing and reappearing as she danced eerily towards to a slow melody. 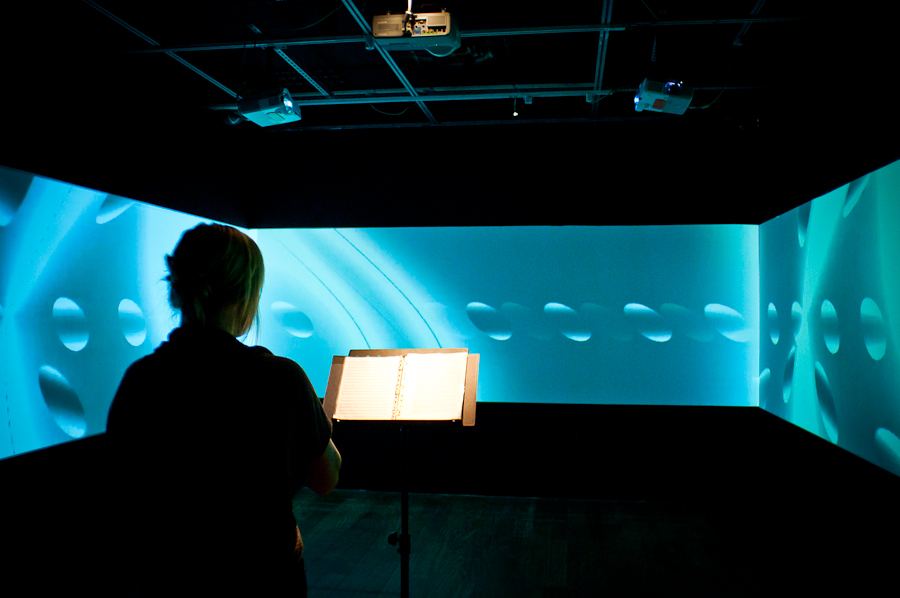 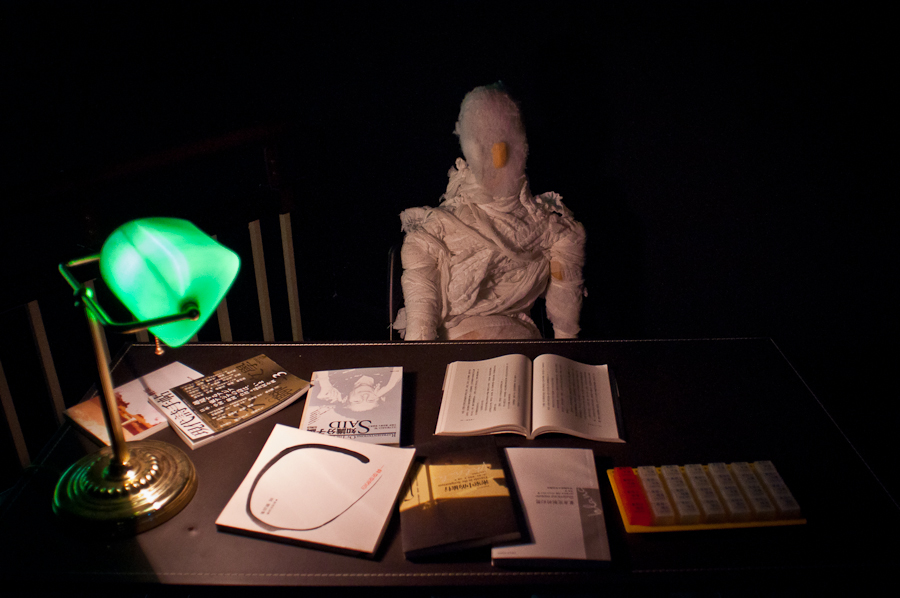 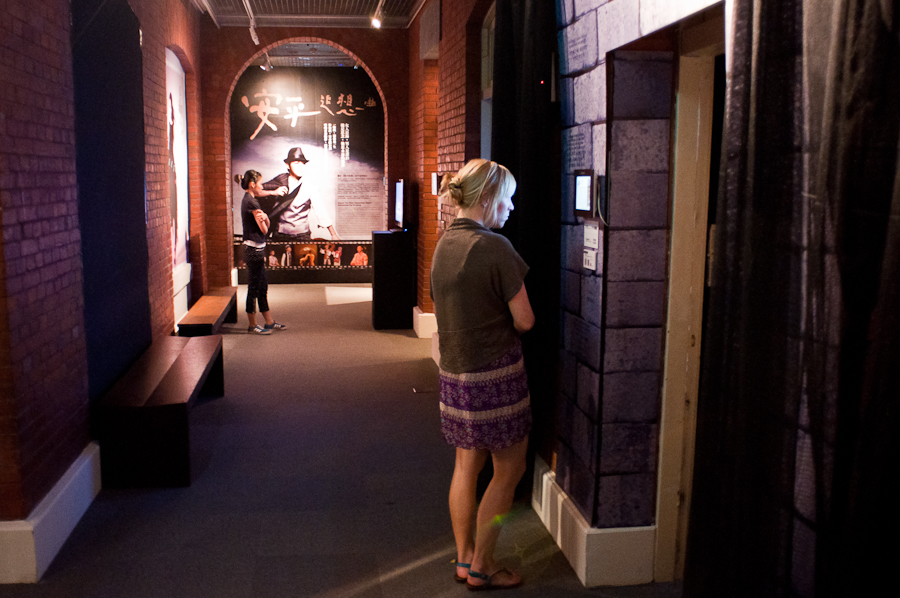 All the exhibits are labeled in both Chinese and English. There are far more than I could include in this photoessay. 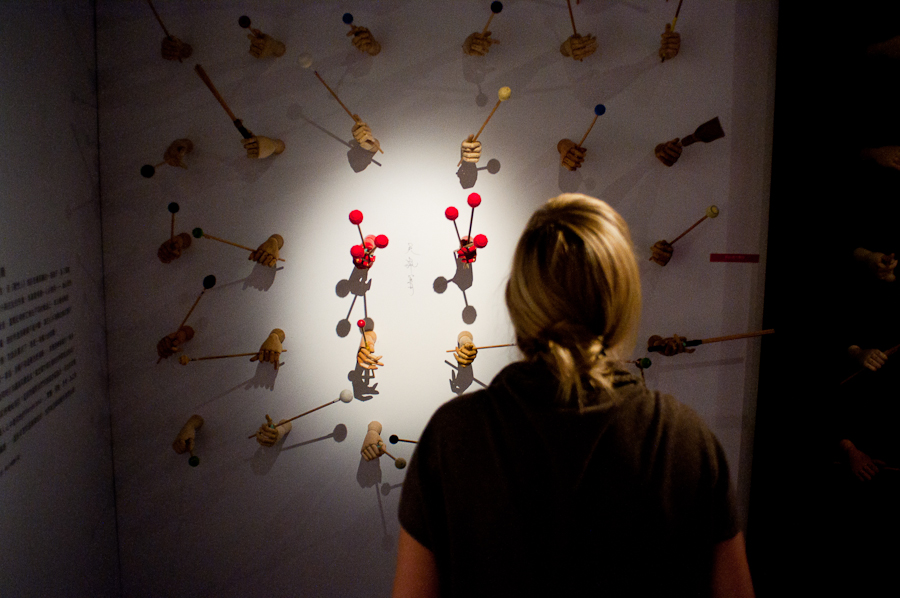 This exhibit is about Wu, Pei-Ching, a musical prodigy, who, at 18, mastered the seldom-attempted six-mallet technique (playing instruments, such as drums or the xylophone, holding three mallets in each hand) and went on to lead a prominent percussion group. She’s amazing. If you don’t believe me, check out this video. 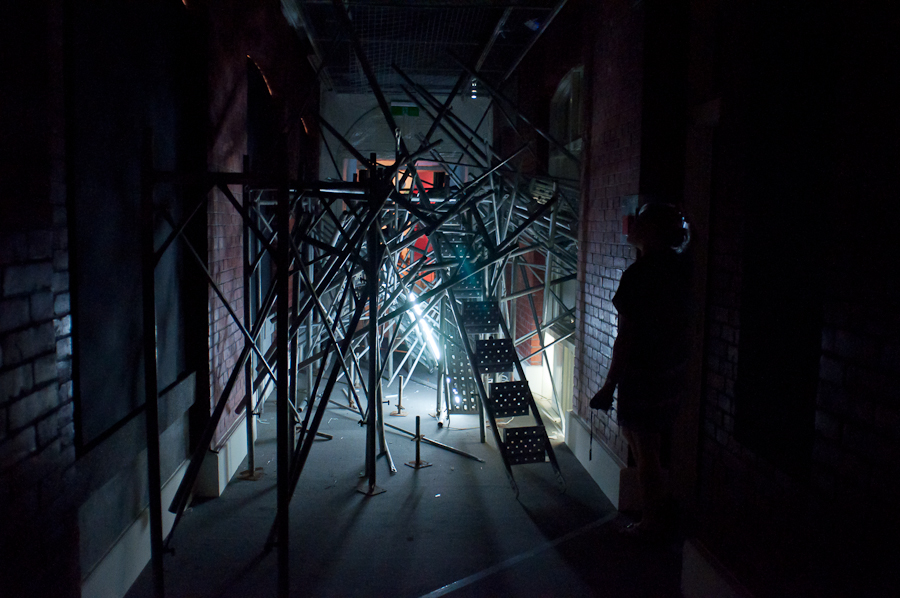 Next we arrived at the brilliantly colourful and bizarre paintings (and installations) of Li, Jun-Yang from his Fairest Fairies Fair, Phu-long-kong Blossom series. 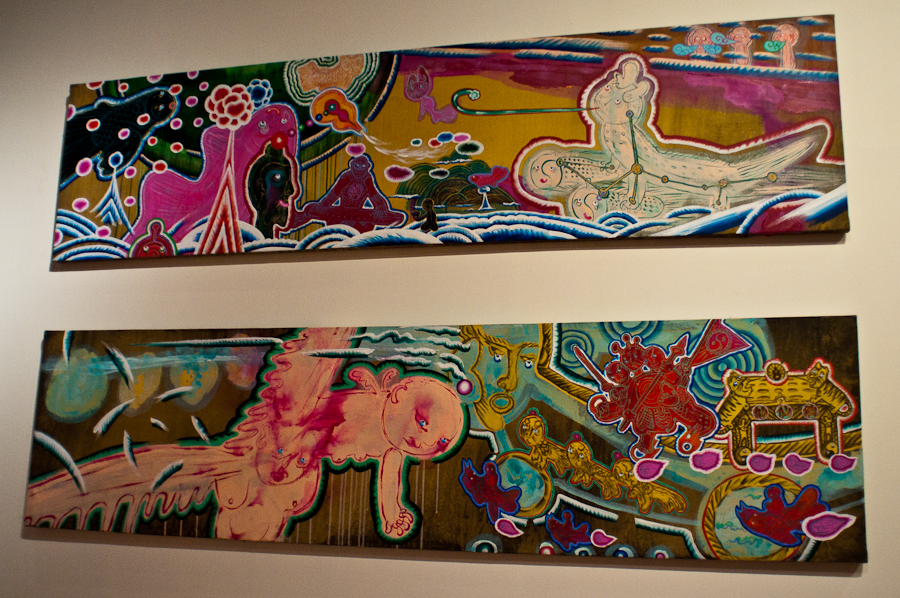 The series is filled with imagery of Taiwanese beliefs and religious mysteries. 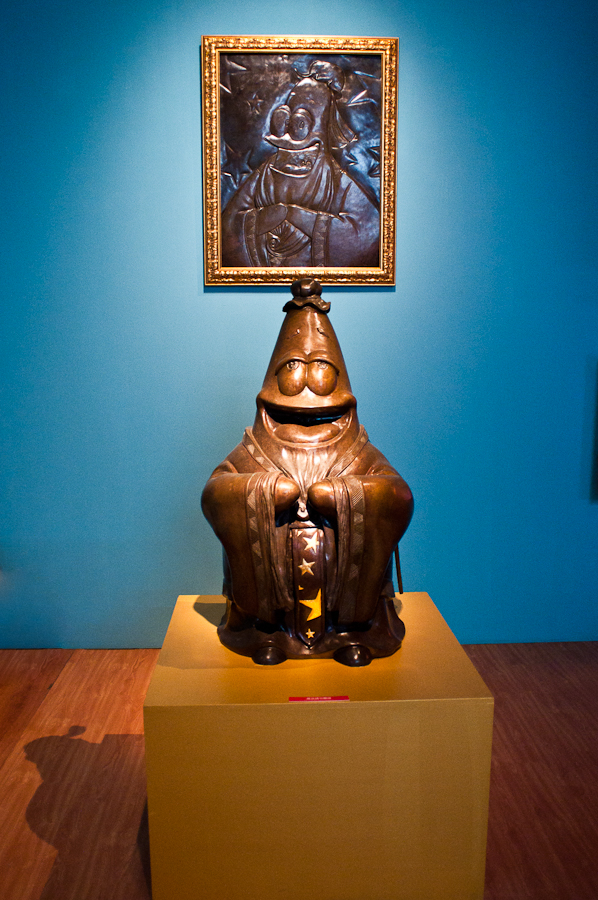 The last exhibit we encountered was a group exhibit called Republic Without People, which was scheduled to coincide with China’s first centennial. It was created by 24 artists to imagine the future of Taiwan and the lives of its residents and to critique the political situation.

I don’t think it will be showing in China any time soon. 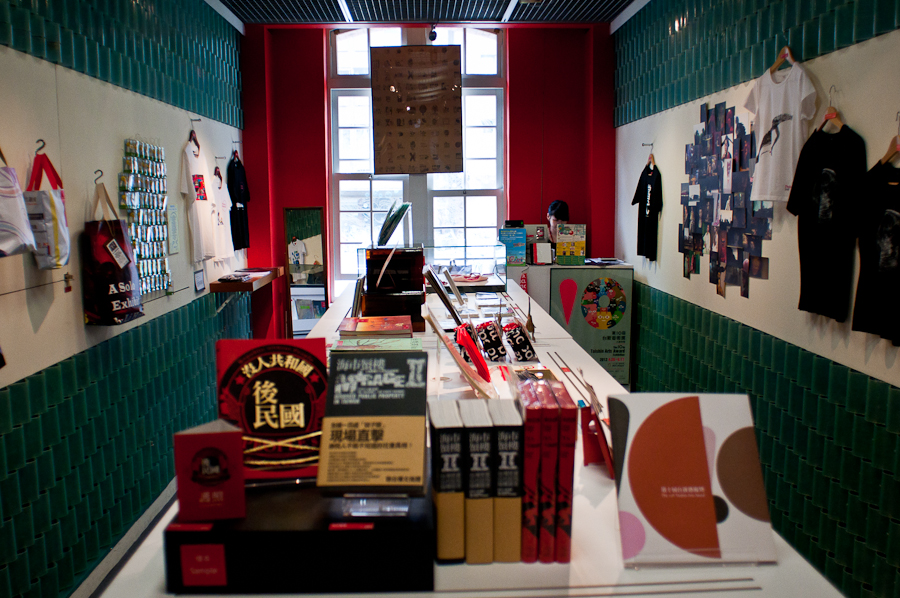 Of course, the last thing you encounter in the museum is the gift shop. As beautifully designed as it was, it was sadly lacking in confusing gifts to buy for my friends back home.