Xiao Liuchiu (Chinese for “Little Okinawa”) is a small volcanic island lined with coral and caves a short ferry ride from the city of Donggang in southwest Taiwan. The ferry costs $200 NT (about $6 USD) and takes about 30 minutes. Despite its proximity to Taiwan and natural beauty, Xiao Liuchiu’s tourism industry, although present, is not very developed. I was amazed when I discovered the island, and visited several times while I lived there. It is Taiwan’s best little secret. 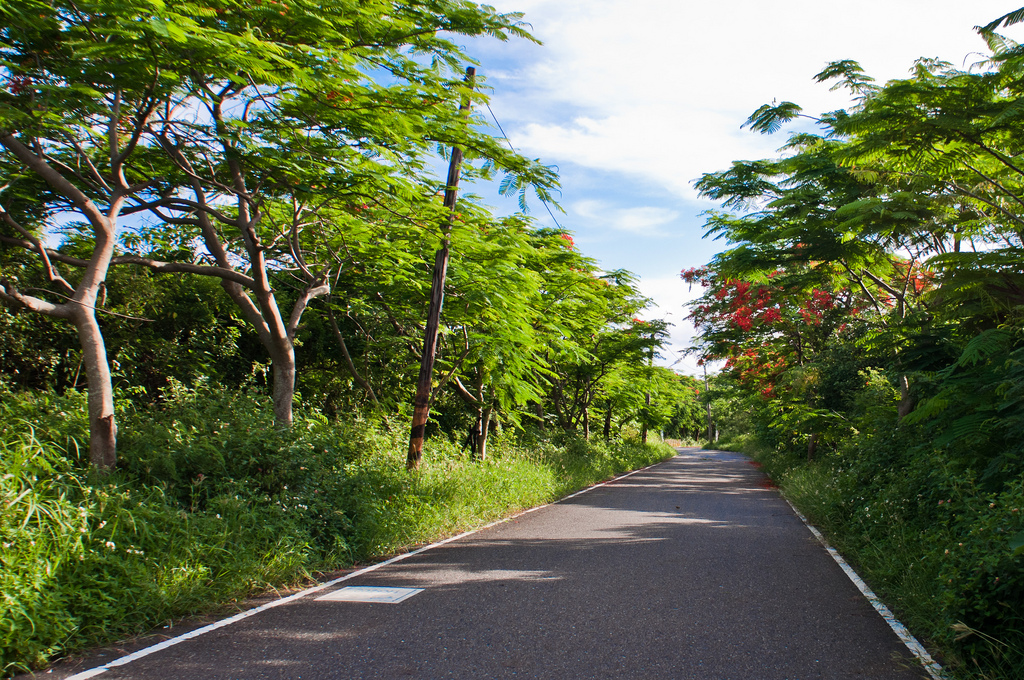 At just 6.8 square kilometres Xiao Liuchiu is a tiny island. You can drive around the perimeter of it on a scooter (available to rent at the ferry landing for about $6 USD/day) in 30 minutes. 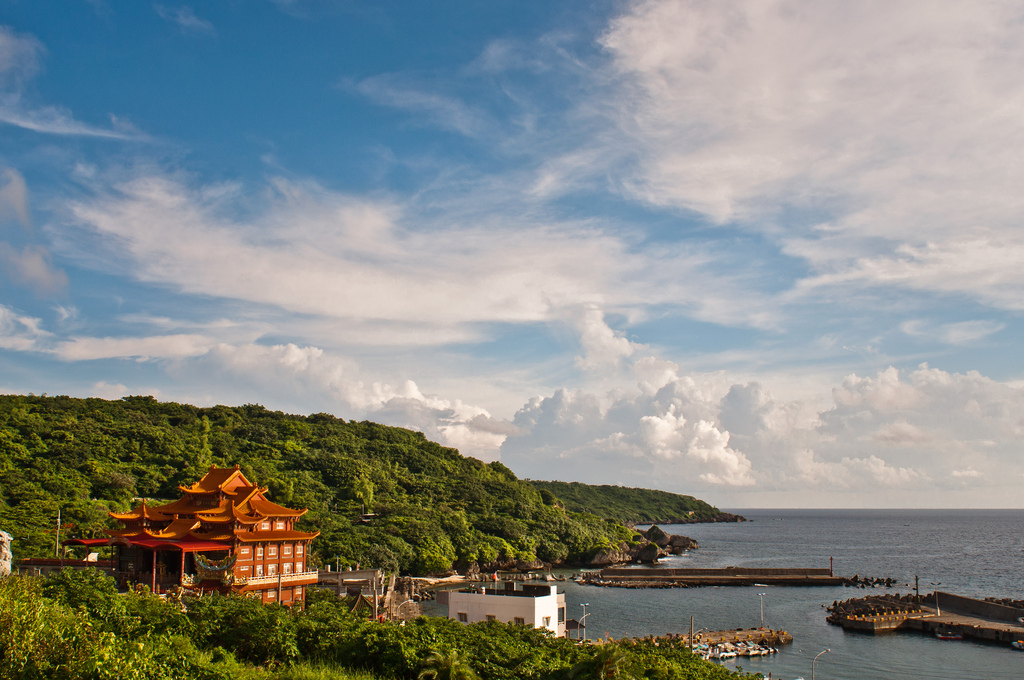 The island has several scenic temples including this large one on a spit of land above a harbour. 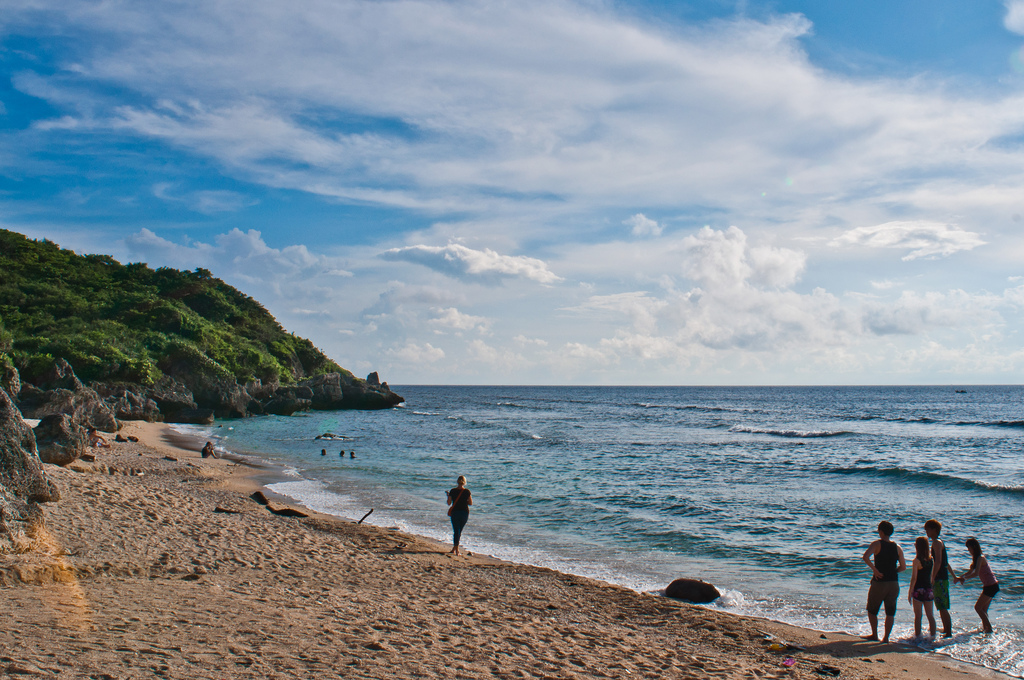 There are only a couple of beaches on the island (the rest of the coastline is jagged cliffs and caves), but the ones they have are beautiful, with gritty beige coral sand, flanked by rugged lava rock and foliage. 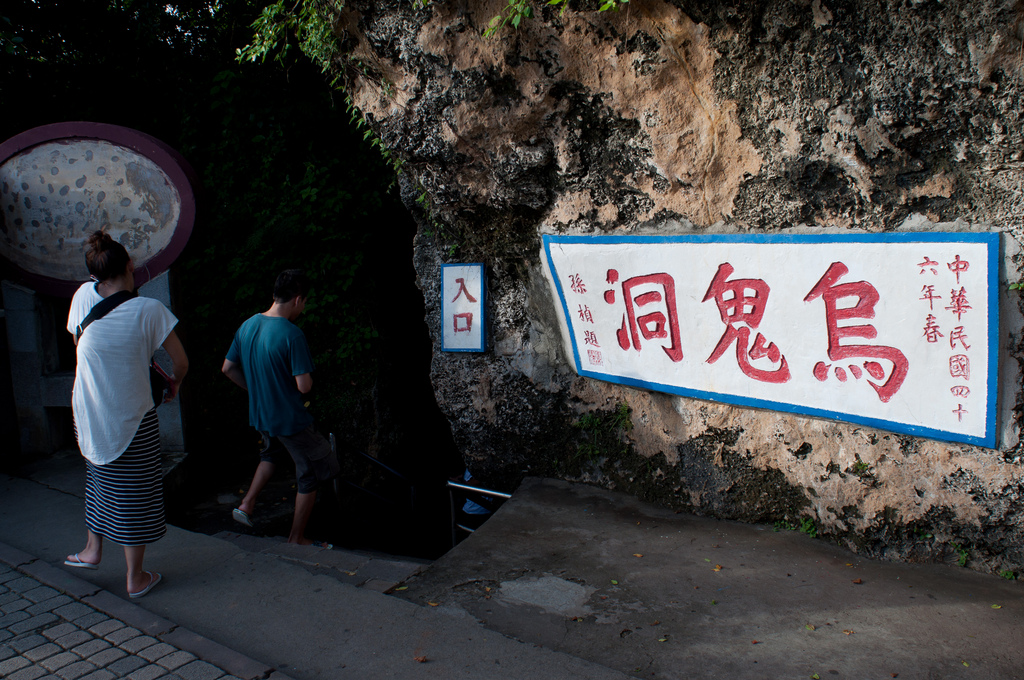 One of the island’s most popular attractions is Black Dwarf (Ghost) Cave. Entrance costs NT$50 (about $1.50 USD). It is said that three hundred aboriginals were burned alive there by the Dutch when they occupied Taiwan. A walkway leads you down through a maze of lava rock formations. 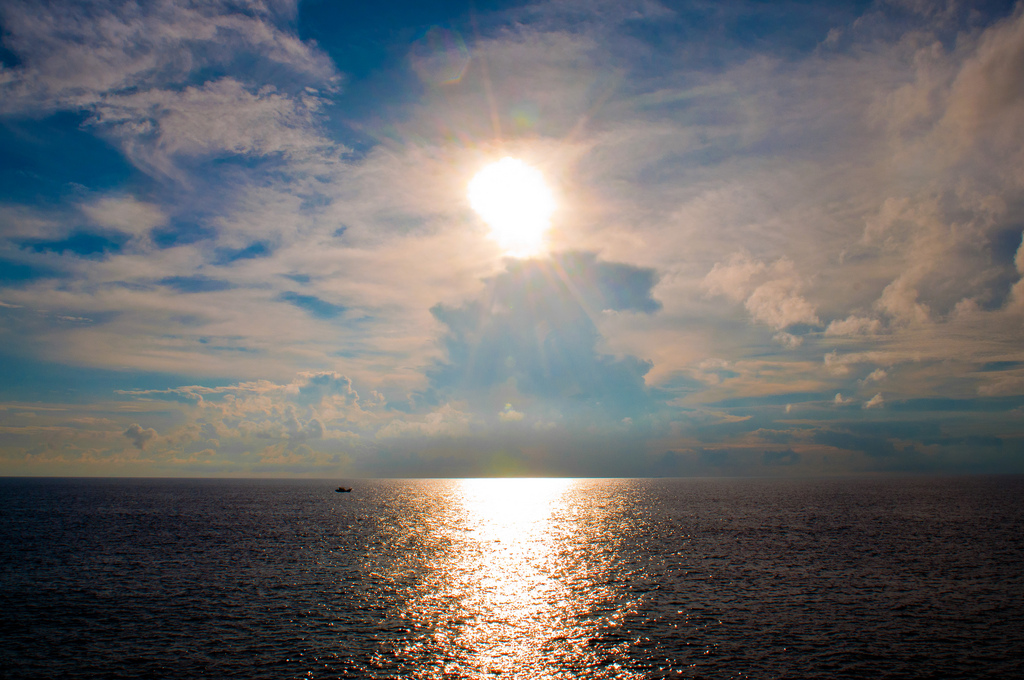 There are spectacular views of the Taiwan Strait to the West. 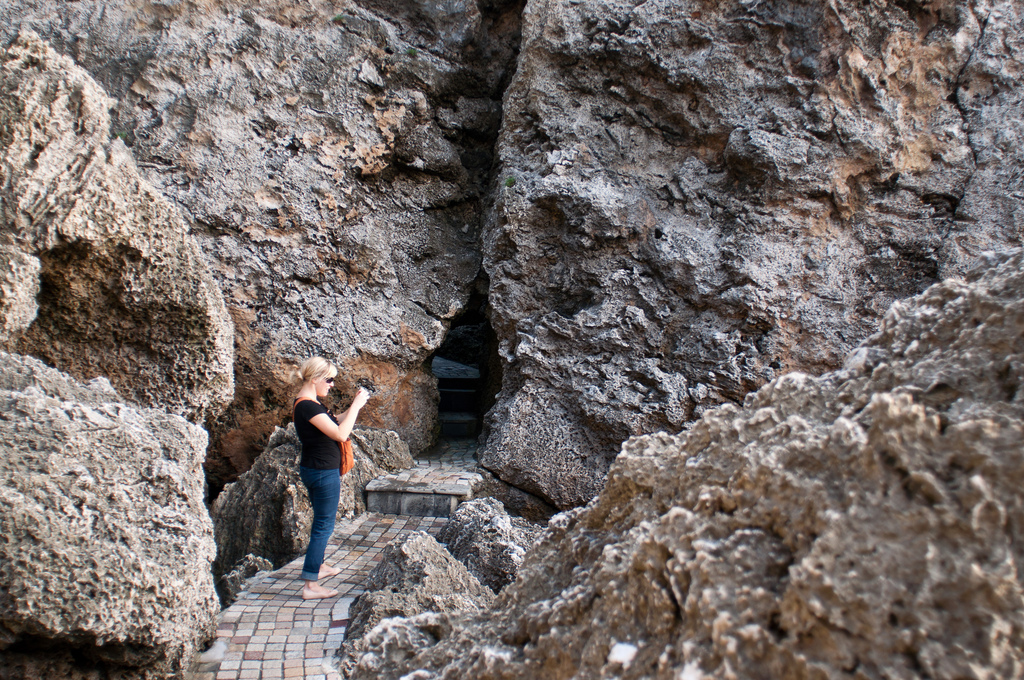 Some of the passageways are a bit tight.

Tree roots snake across the rock formations — the air is so humid that the roots can absorb moisture directly from the air. 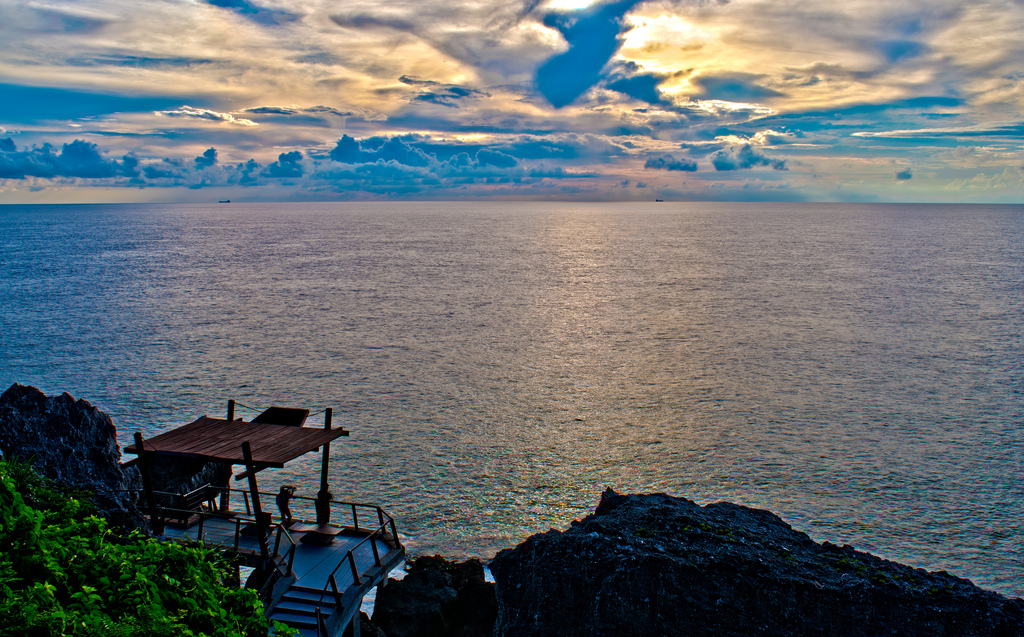 There are several viewing platforms where visitors can rest and enjoy majestic sunsets. 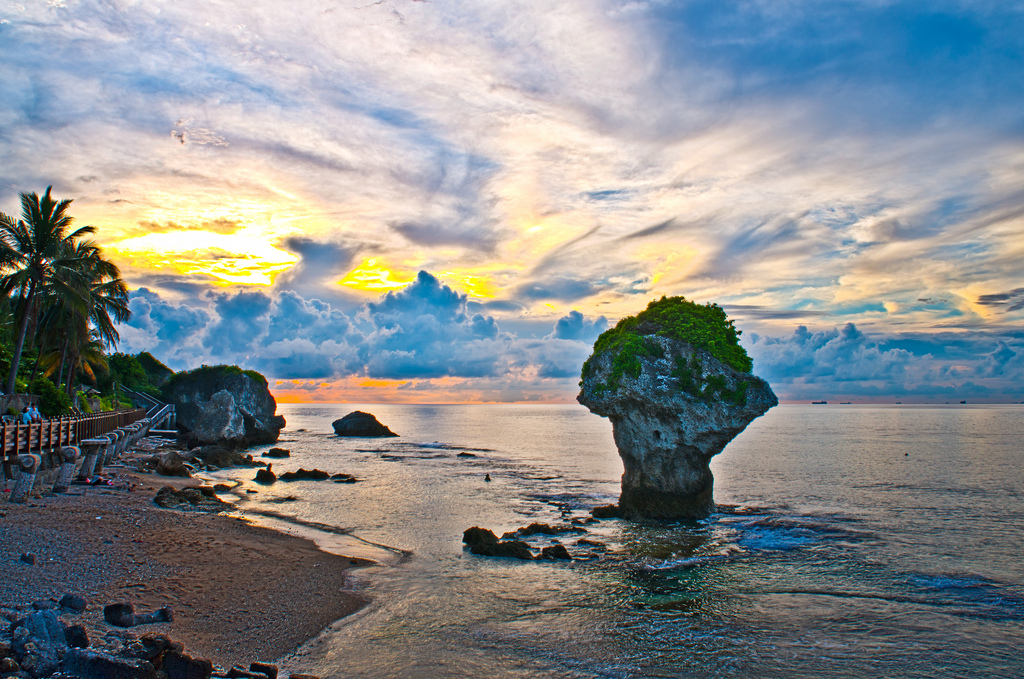 Owing to the coral formations and plentiful sea life, snorkelling on Xiao Liuchiu is excellent. One of the best places to do it is beneath the island’s iconic Vase Rock. 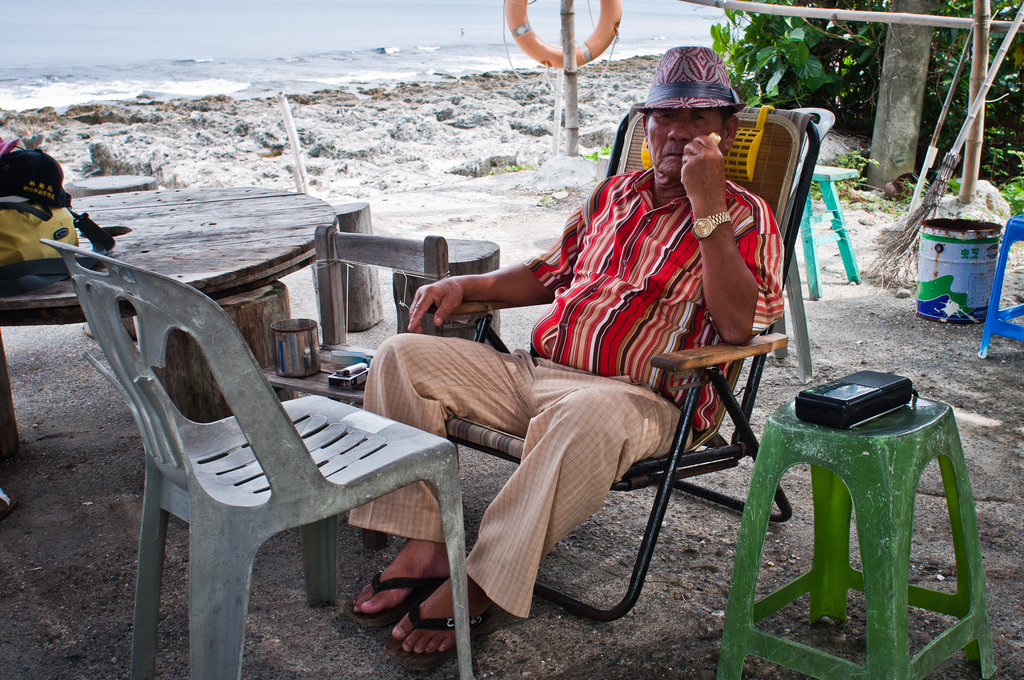 The island is also home to the best-dressed Taiwanese man that exists. He sells drinks out of a cooler to snorkelers while listening to his old radio and smoking cigarettes through a seashell. 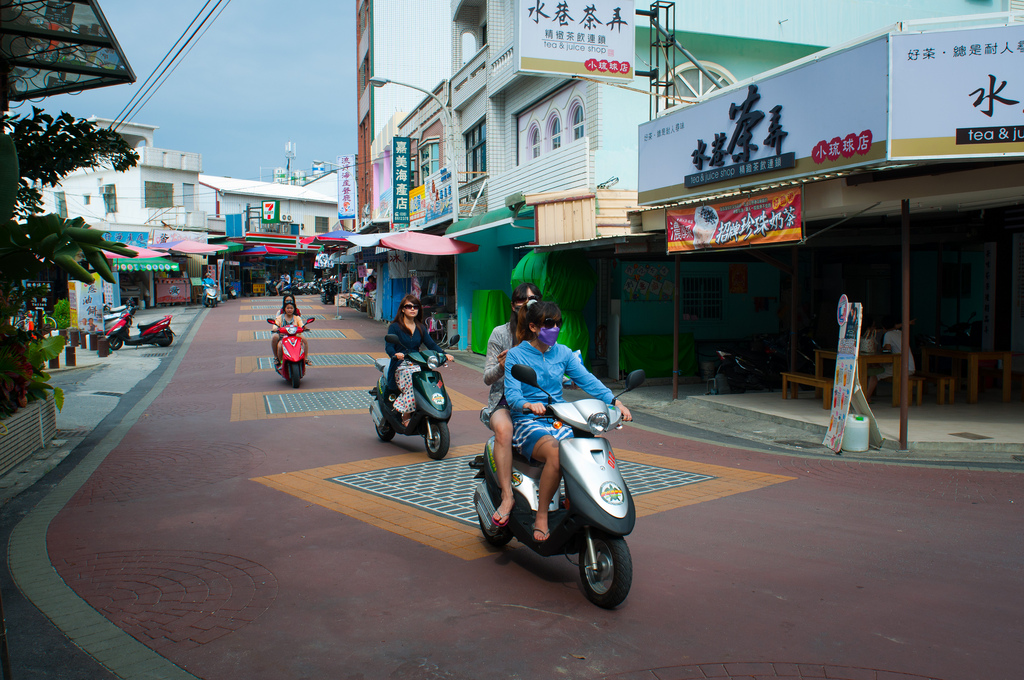 The downtown area near the harbour consists of a brick main street lined with seafood restaurants, shops, hotels, and scuba and snorkel rental stores. 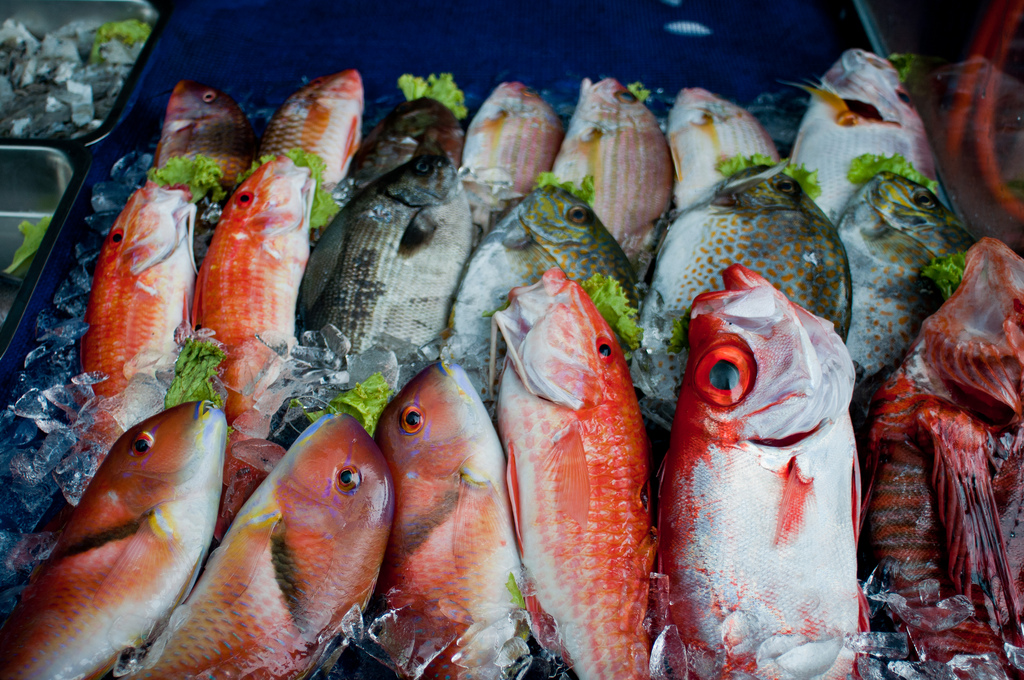 One of the island’s best-known attractions is the fresh seafood, which is famous throughout Taiwan. It’s not strange to see fish still flopping in the glass display cases outside of restaurants.