Between the Peaks: An Interview with Adventure Filmmaker Jonathan Ronzio

You are here: Home > Blog > Between the Peaks: An Interview with Adventure Filmmaker Jonathan Ronzio 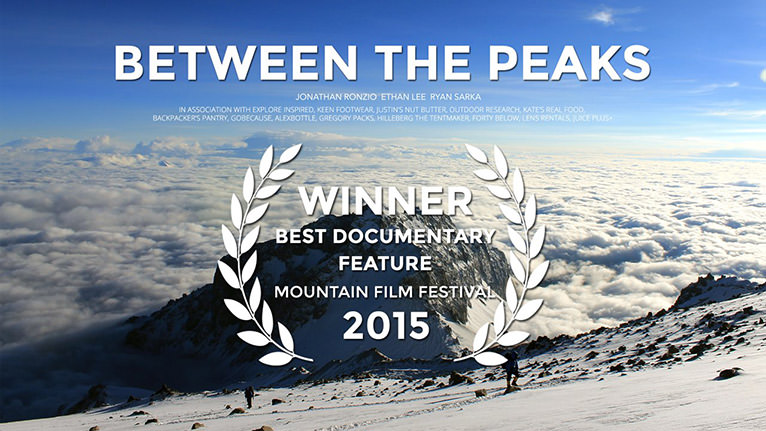 After two years of planning the trip began. Three friends landed in Chile with a plan to buy a truck, drive to Alaska, climb the highest mountain on both South and North  America, and volunteer in every country they passed through along the way. They would document it all for on video and after finishing the epic journey, make it into a movie.

Last year the product of the friends’ efforts, Between the Peaks, won the Best Documentary Feature award from the Mountain Film Festival in Mammoth, California. The trip had not gone as planned. Cameras had been lost and stolen and they’d had to abandon their truck when a paperwork mix-up prevented them from crossing a border with it.

The extra expenses meant that their trip would end in northern Guatemala, far short of their goal to finish on the peak of Denali in Alaska. The movie that resulted, however, is a great story of three friends on their first trip through South America with big dreams and the world in front of them.

I caught up with Jonathan — who directed and edited the movie —  on Skype last week to talk about winning an award for his first film, the crew’s misadventures on the road, and their plans for the future. Watch it below.

You can watch Between the Peaks here.

2 thoughts on “Between the Peaks: An Interview with Adventure Filmmaker Jonathan Ronzio”