You are here: Home > Blog > How To Write An Article Pitch That Sells 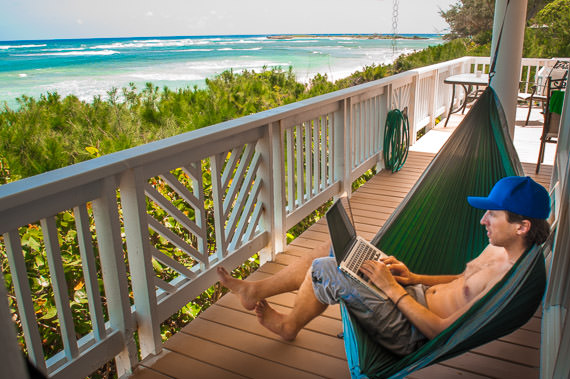 I arrived in this occupation from a completely different direction. I always wanted to be a writer (you can read more about my writing adventures in my Timeline of My Life As A Writer on this page) and I studied journalism in university.

I was teaching English in Taiwan then I first started pitching magazines, but I wasn’t getting assignments as consistently as I wanted to. I thought that choosing a niche to focus on would help. Since there were few people writing about Taiwan at the time, I decided to become a travel writer.

While writing a column for Transition’s Abroad I did a series of interviews with travel bloggers. Only then did I realize that I could earn money blogging about travel. That was how I fell into this wonderful mess that we call travel blogging.

I continued to freelance while blogging. Over the years I’ve written articles for quite a few magazines and online publishers. I’ve also edited a couple of publication and have probably read thousands of story pitches.

I have always written my pitches following a formula that I learned in university, and have had a relatively high success rate with it. Likewise, when, as an editor, I received pitches that followed this formula, I gave them special consideration.

I must precede the following advice with a disclaimer: travel writing is a sadistically difficult way to earn a living. It is so difficult that, even though I have been relatively successful, I now also offer other travel marketing services to supplement my income.

I know that a lot of people who read my blog aspire to become travel writers. So I thought I’d share this formula that has worked for me.

I learned this formula in university. It’s useful for several reasons. It gives the editor all the information that he or she needs to make a fast decision about the suitability of the article in a concise format. I think this formula is even more useful, though, in that it’s a bit like a secret handshake that says, “I’m a pro. I know what you want and I can deliver.”

This is the first one or two sentences of the proposed article that are meant to draw the reader in. It should make the reader feel that the need to read the rest of the article. Based on this part alone, the editor can tell whether the story is interesting and if you are a writer of the calibre they want to work with.

If your article is related to current events, that is often an important part of hooking the reader and should be included here.

This section should be no longer than a few sentences at most. One or two is best. Editors adore brevity.

In this section you give a basic outline of the article and the main points that it will cover. Generally speaking, people like things that are divided into threes, so I try to outline three aspects of the subject that will be discussed.

I would not recommend writing more than three paragraphs for this part of the query. As always, shorter is better.

In this section you tell the editor which section of their magazine or website the article would suit, and you tell them the estimated word count. If your idea is suitable for that section of the publication and the word count is in-line with articles normally published in that section, it will show the editor that you’ve done your homework and know their publication.

Those are great brownie points.

In this section, you explain why you are the perfect person to write this article. This is where you brag about all the great places you’ve written, causally mention any awards you may have won, and — most importantly — describe any special relationships you have with people related to the story who may be difficult for other writers to reach.

Tell the editor when you could have the story done.

And That’s it. The editor has all the information they need to decide whether or not the story will work for them.

I don’t pitch a lot these days. Like I mentioned, I do other work and I also have relationships with enough editors to keep the writing work flowing.

But, when I do pitch, I try to make it count. this was the last pitch I sent out earlier this year. The editor did not pick up the story, but his response was a great compliment. This pitch was sent to a very popular regional outdoors sports magazine that circulates in the northwestern US and Canada.

I’ve added titles to each of the sections to help you visually separate them.

A war is being fought over the fate of snow sports in the Utah’s Wasatch mountain range. Two issues, both related to who is allowed access the “greatest snow on Earth” and how that access is provided, have been starting arguments between bearded men in brewpubs for decades, and this year they came to a head.

Four snowboarders have taken Alta—one of the last skier-only resorts in the country—to court to repeal the resort’s ban on snowboarders, which they see as discriminatory, while environmentalists and backcountry-lovers are infuriated by One Wasatch, the latest in a long series plans to link all seven of the Wasatch resorts with ski lifts.

The two issues are connected by Alta, one of the oldest and most famous ski resorts in the United States, which would be a crucial corridor for skiers and snowboarders traveling between resorts, meaning that if the plan were to move ahead Alta would have little choice but to repeal its ban on snowboarders to the dismay of it’s skiing-purist clientele.

The passion of Wasatchians on both sides of these issues is best and most briefly illustrated by the video Shit Alta Skiers Say About Snowboarders and the comments on this recent article about the One Wasatch project from the Salt Lake City Tribune.

Would Kootenay Mountain Culture be interested in a 1500—2000-word feature that discusses the history of these decades-old mountain-sports conflicts and how they evolved into the current ongoing legal and pubic relations battles?

I’m a Salt Lake City-based outdoors and travel writer and photographer. My writing and photos have been published by Kootenay Mountain Culture (see Custom to the Core), Action Asia, En Voyage, Up! Magazine, and I am the author of the About.com Snowboarding Guide  More information about my writing and photography can be found in my online portfolio.

I am well connected in the Utah mountain sports scene, and have access to Ski Utah President Nathan Rafferty, who is the driving force behind the One Wasatch project.

I’m sure this story could be researched and completed easily in 6-8 weeks, or within 4 weeks if rushed.

I look forward to hearing from you!

Thanks Matt! I’ll talk it over with the editorial staff and let you know ASAP. We’d have to move fast if this were to happen, and I think we might be full for winter. But I’m on it.

Thanks for the well thought out pitch. You’d be blown away how rare this is.

I’m sure there are others who pitch successfully using other methods, but this has always worked for me. Don’t be discouraged if you don’t hear back from an editor. That’s pretty normal. It doesn’t necessarily mean your pitch or story is bad. It could mean it’s just not what they have in mind right now.

Like the editor I pitched said, he liked my idea. But, in the end they didn’t take the story. It just wasn’t right for the issue they were putting together, which was already nearly full.

I was flattered by the fact that the editor even took the time to respond because most don’t.

If this has inspired you to go out and do some pitching, you should head over to my Directory of Paying Travel Publications and see if you can find a good one to try this technique out on.

I hope you found this useful. If you have any more questions about freelance writing or writing pitches, please leave them in the comments!

Every week we hand-pick the best deals from around the web and deliver you up to 80% off your favorite brands like Patagonia, North Face, and Arc'teryx
Tweet
Pin1
Share
1 Shares

12 thoughts on “How To Write An Article Pitch That Sells”

BEST GEAR DEALS ONLINE
Up to 80% off your favorite brands like Patagonia,North Face, and Arc'teryx.
×
Increase Your Following More Efficiently
Sign up for my travel blogging industry newsletter to receive: