Last week Emilie and I were fortunate to arrive in Jackson Hole for two days of skiing and snowboarding in the middle of an epic storm. Jackson Hole was buried in snow. Now I understand why the locals love it so much.

It was mostly a white-out, so it wasn’t great for photography, but the snow was amazing!

I also met a lot of locals who I managed to snap some good photos when the weather allowed for it. Here they are. 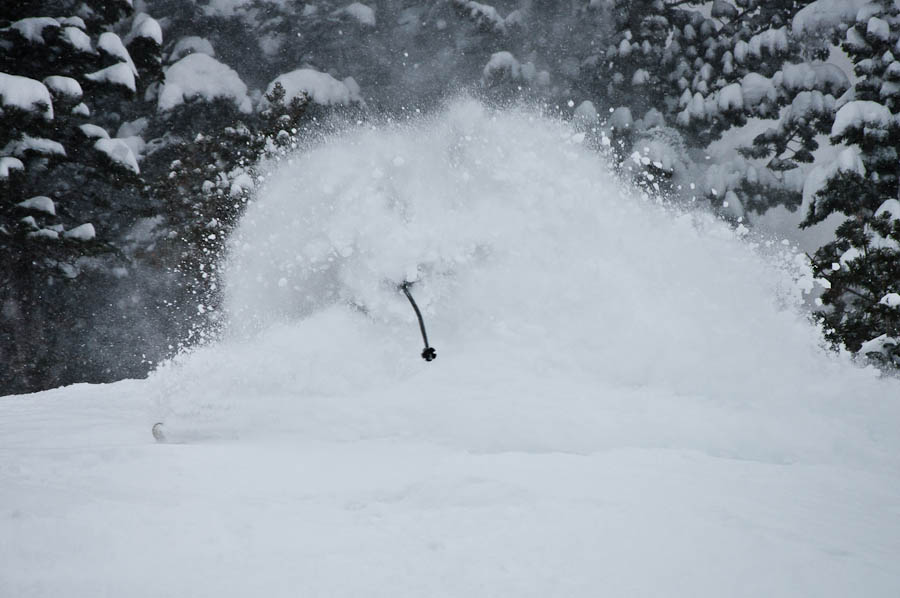 The first person I met was a guy named Brian who lived in Taos. This was one of the first photos we took. 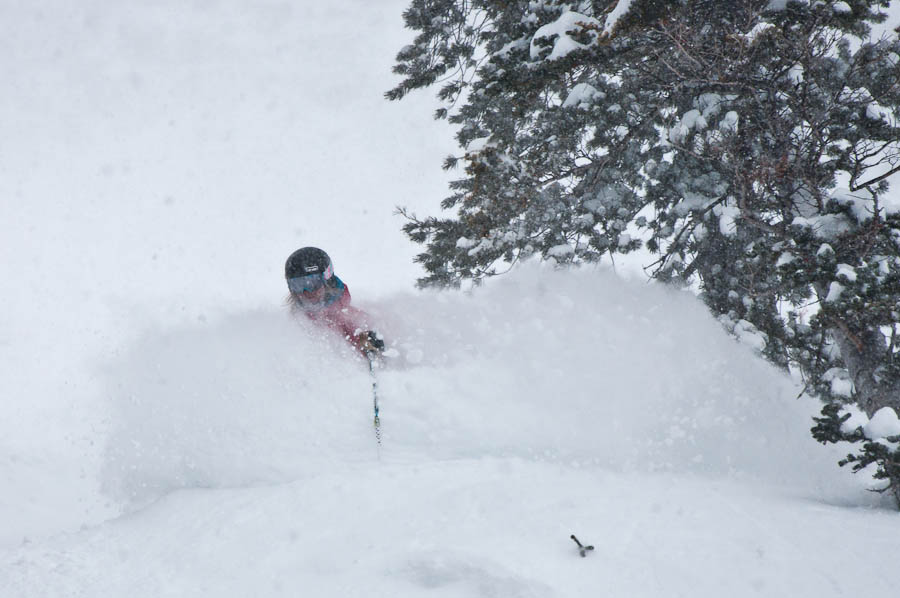 This is Anna, one of the Jackson Hole PR people, who was showing me around the hill. 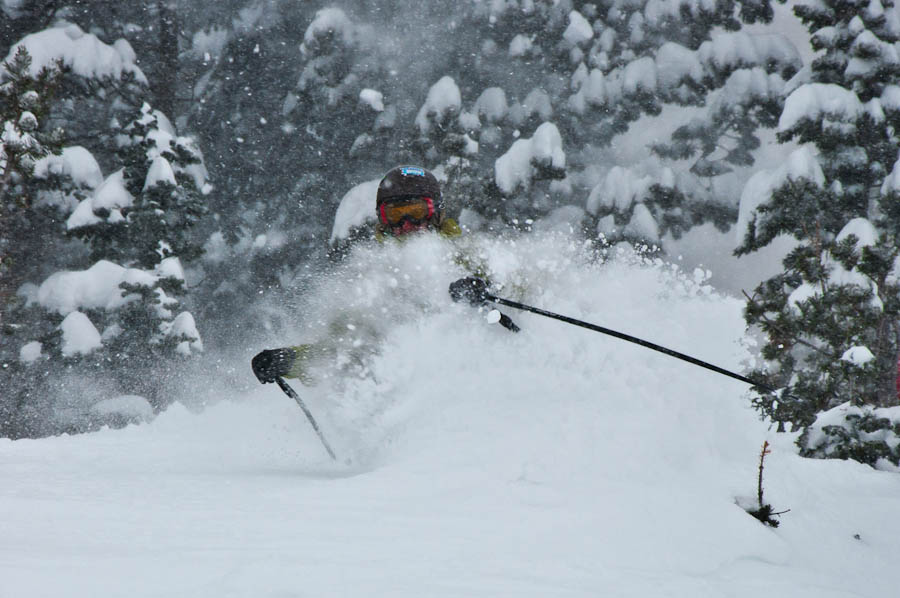 This is Brian again, taken just minutes after the powder puffball photo above. He was in heaven! 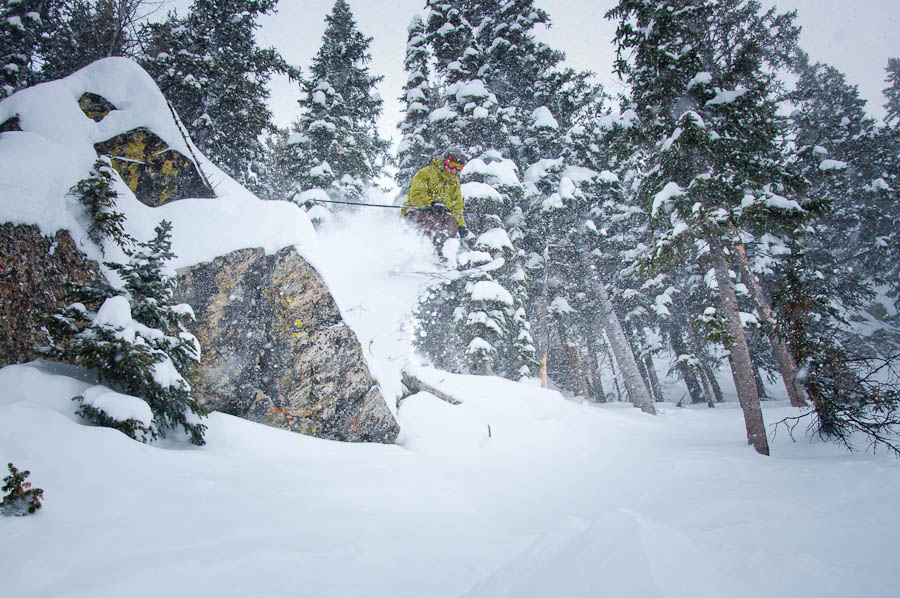 Later, Anna had to go back to the office, so Brian and I went looking for cliffs. They’re not hard to find at Jackson Hole. We found this one in less than five minutes. 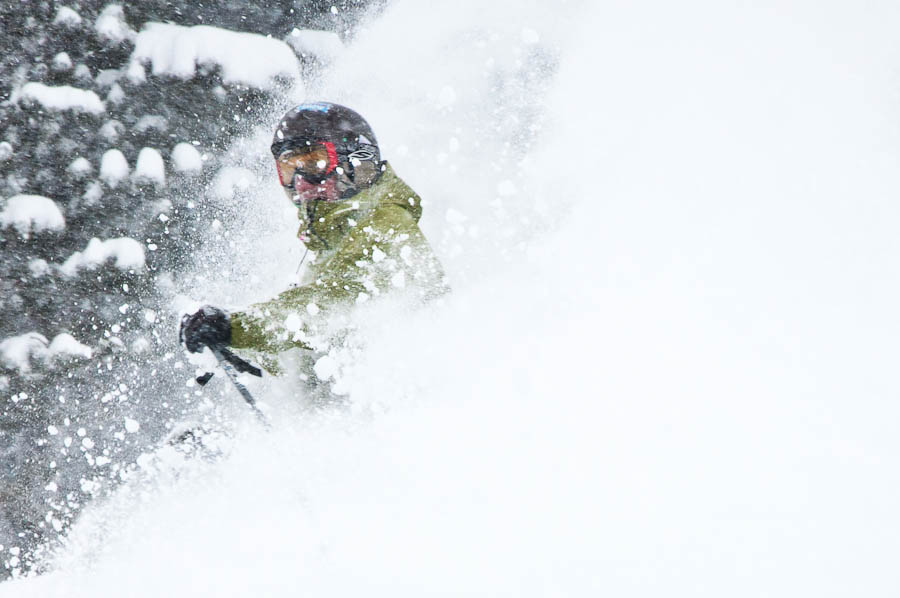 I got so many shots of Brian buried in snow it was hard to choose the best, but I really like this one. 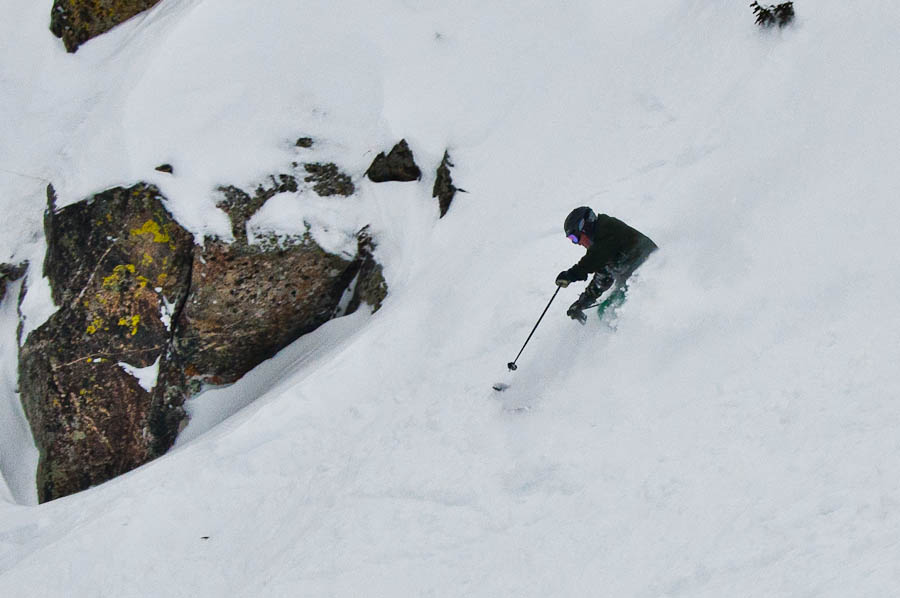 The next day I saw a group of skiers hiking toward a beautiful field of untouched powder. I asked if I could shoot them ravaging it, and they invited me along for a few runs. One was a ski school instructor, so we got to cut in line at the lift. It was awesome! 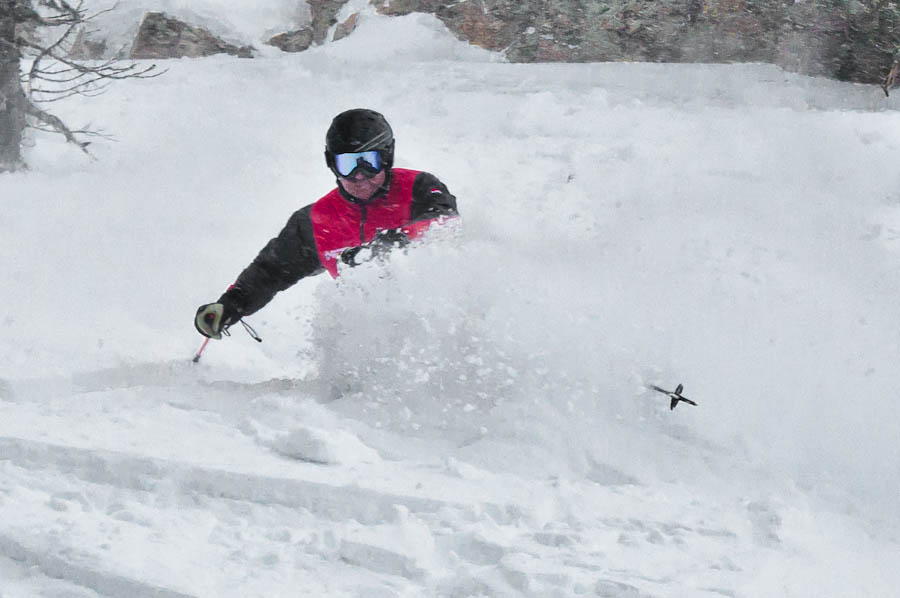 This is the ski school instructor. Bill, I believe his name was. (If you see this guys, please write your names in the comments so I can get them right). 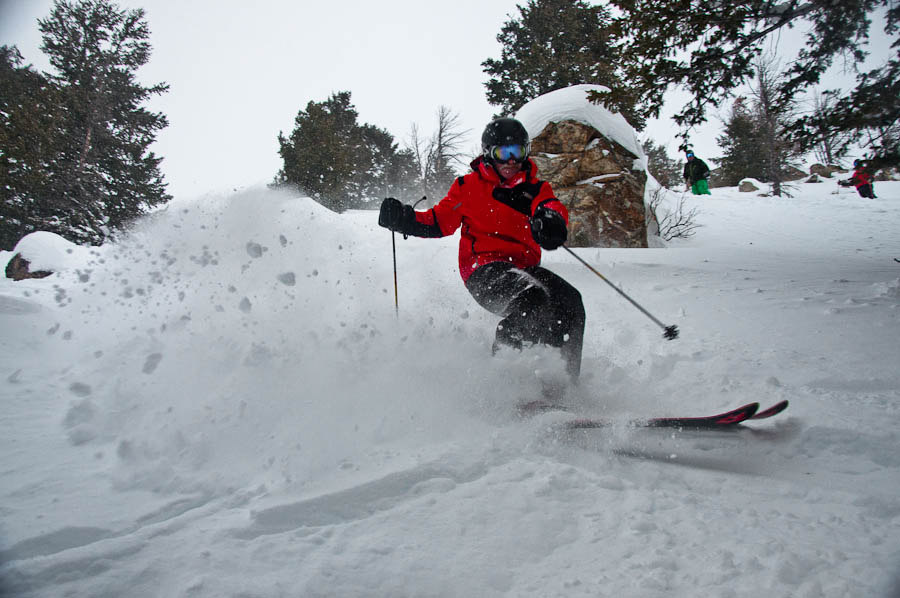 These guys knew the mountain well. We kept going to untracked powder stashes one after the next. 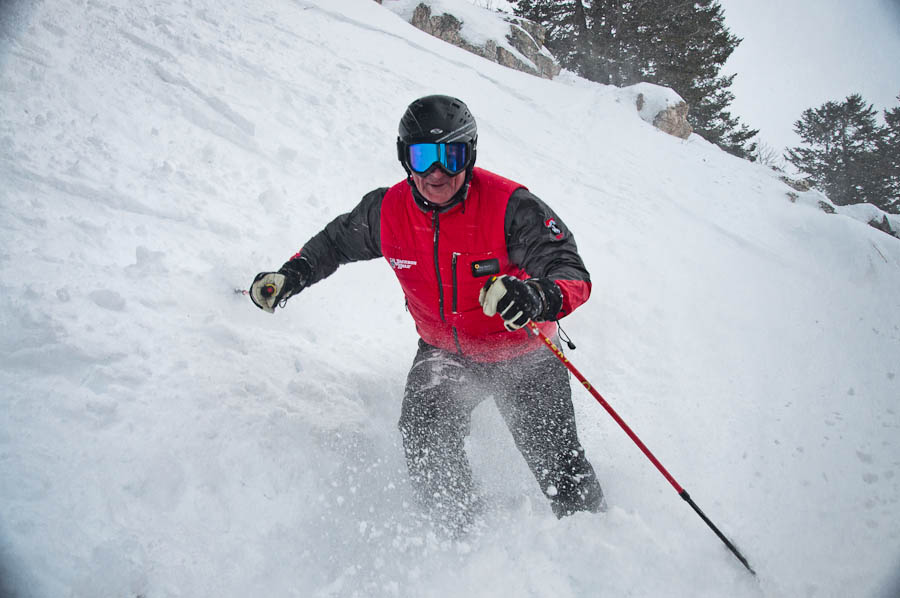 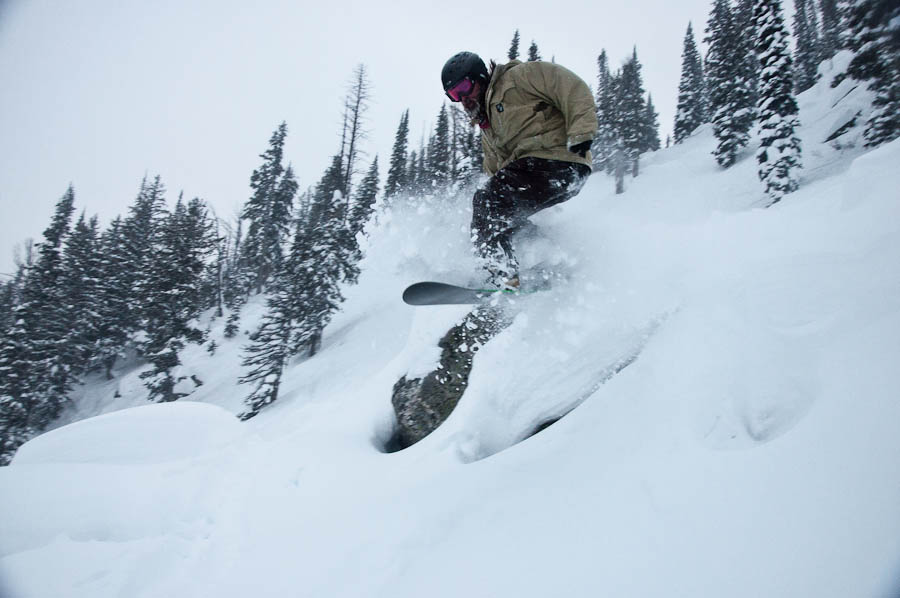 The fellas had to leave early. After that, I met this guy, who was also a photographer (and whose name escapes me now that I’m writing this a week later). 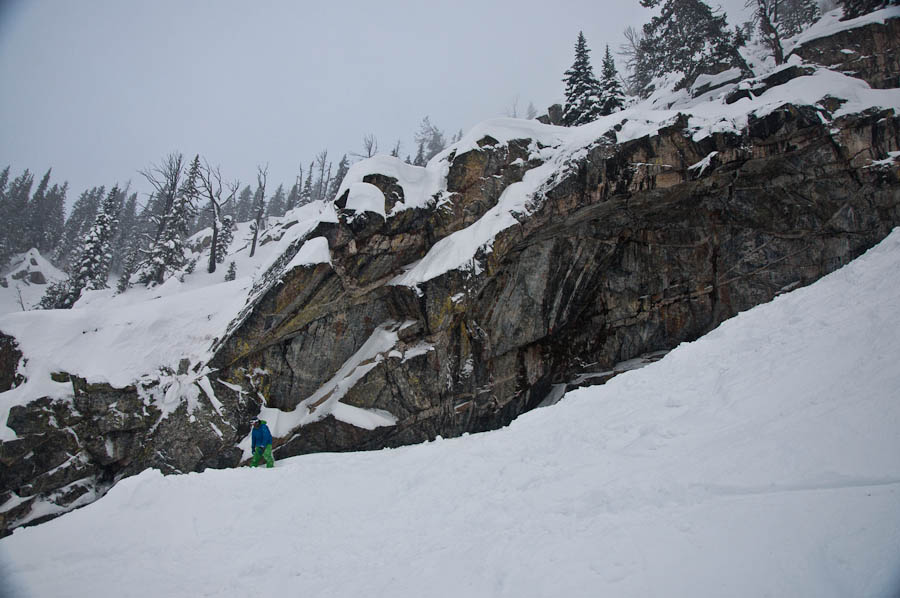 So, he took some shots of me as well. 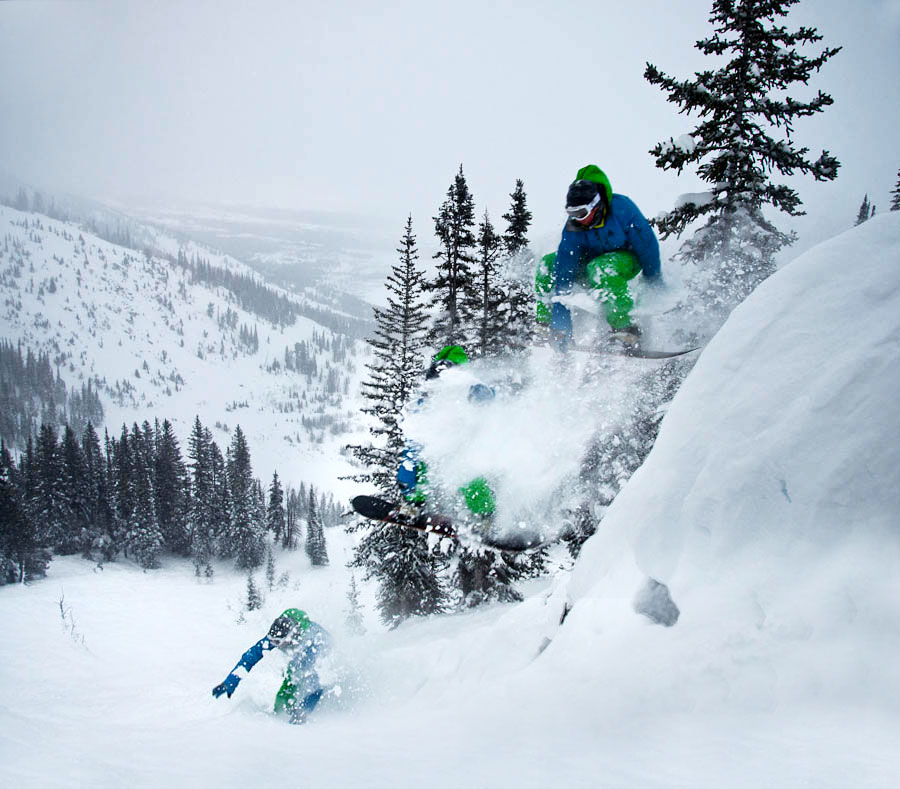 A poorly photoshopped series of me dropping my first cliff of the season. 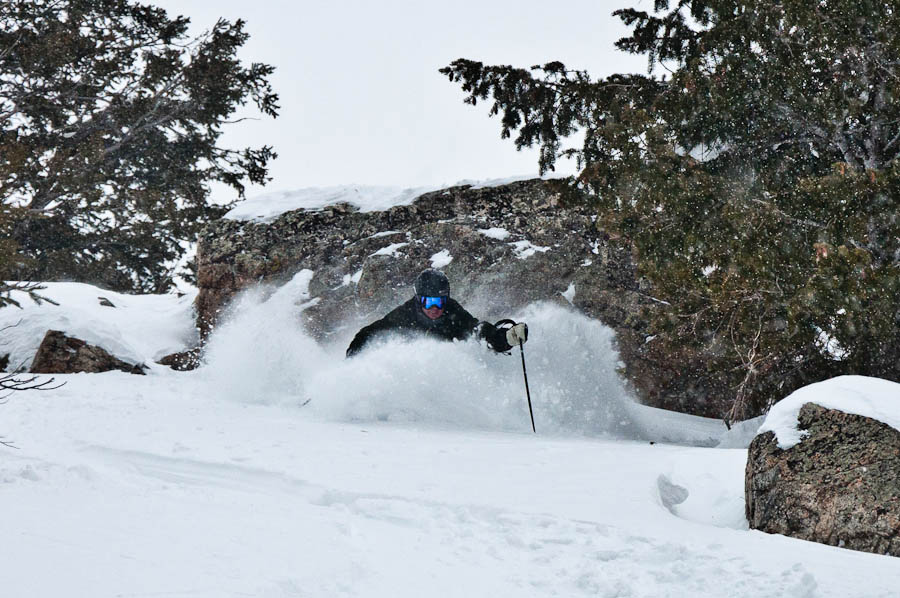 I had to save the best for last, this epic shot of Wes buried in pow, taken a split second after he jumped off the cliff you see behind him.