You are here: Home > Blog > 6 Insane Things You Can Only Do in Iceland 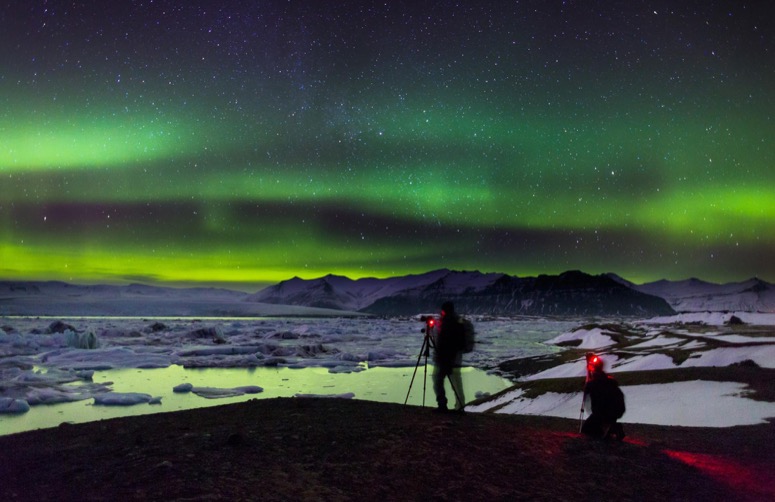 Iceland is a bold country for bold people. It’s for travelers who want to dive directly into nature, party until the sun comes up (even when it never goes down), and dine on some of the sea’s most freaky creatures.

The Land of Fire and Ice is a place that continues to wow its visitors whether it’s their first visit or their fiftieth. However, these six insane things to do in Iceland are ones that most visitors, even the most seasoned Iceland travelers, have never done. 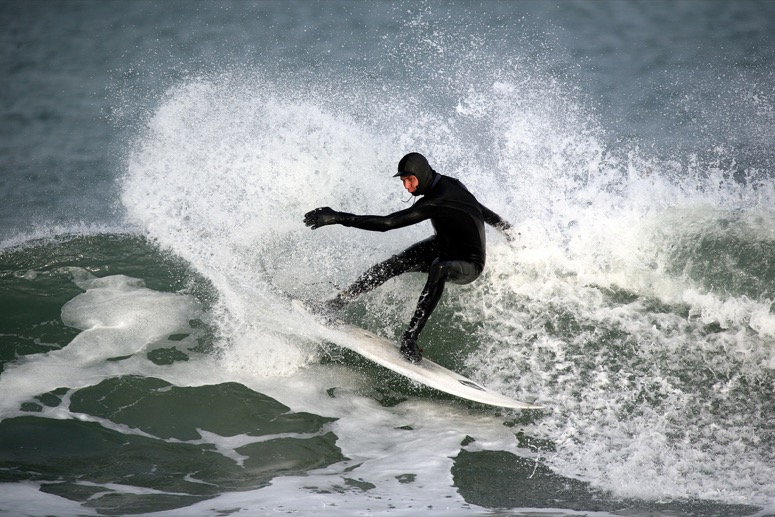 There are few places in the world where you can surf among icebergs, and only one where the waves are considered world-class. Iceland, which is home to just a handful of surfers, offers many of the perks most of the world’s surfers dream about — peeling point breaks and minimal crowds. Ten surfers in the water is considered a packed lineup. Even better, there’s no need for dawn patrol, because the sun never sets during the midsummer surf season.

The increasing popularity of surfing in Iceland and around the world has brought rise to coastal surfer-friendly resorts and companies offering guided surf adventures. Summer sea temperatures around 12-degree Celsius and improved wetsuit technologies make jumping into the chilly (but not frigid) waters much less of a concern.

Snowboard in the Winter Darkness 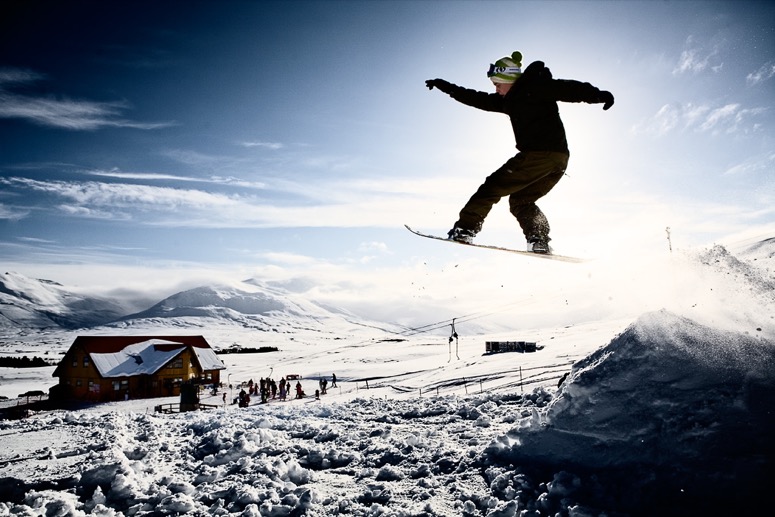 Icelandic winters are synonymous with darkness, but that’s what makes snowboarding in the Nordic island nation so special. Mount Hlíðarfjall has been one of Iceland’s top ski and snowboard resorts for more than 40 years. Powdery snow and a location 5 kilometres outside of the town of Akureyri makes it a favorite among Icelandic locals and tourists. Floodlighting on the main trails means skiing in the pitch black evenings of winter is possible.

Although, you don’t have to leave the Reykjavik area to ride at one of the country’s top resorts. The Blafjoll Ski Resort is famous for its family-friendly atmosphere, off-piste trails for advanced riders, and glowing lights that keep the trails open in the darkest months. Even more adventurous snowboarders can venture into deep fjords and towering mountains with Arctic Surfers, a mountain guide company taking adrenaline junkies on Surf & Snow trips into the country’s most rugged terrain. 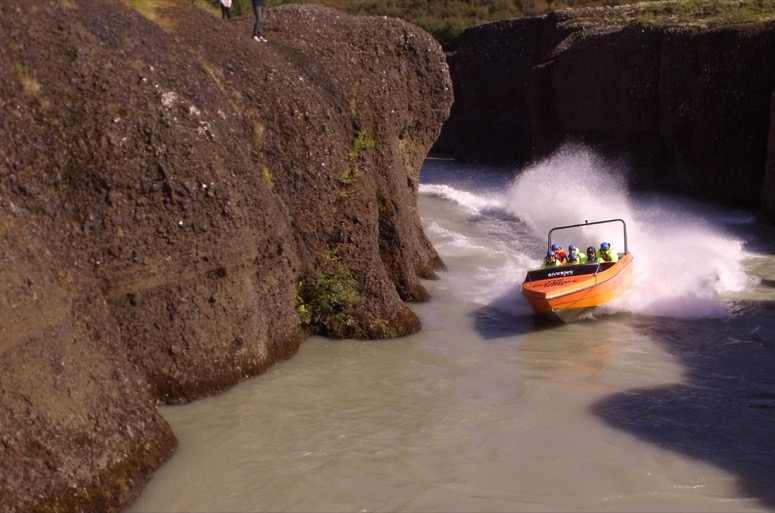 You don’t have to be an action sports enthusiast to get your thrills in the Land of Fire and Ice. Iceland Riverjet is Europe’s only whitewater jet boat company. Grip the handlebars with white knuckles as your professional jet boat driver flies through the whitewater rapids of the Hvita River while doing 360-degree spins, jumping waves, and squeezing through some of the country’s most scenic canyons. There’s only one whitewater jet boat company on the continent, and the high-speed thrills are a once-in-a-lifetime adventure. 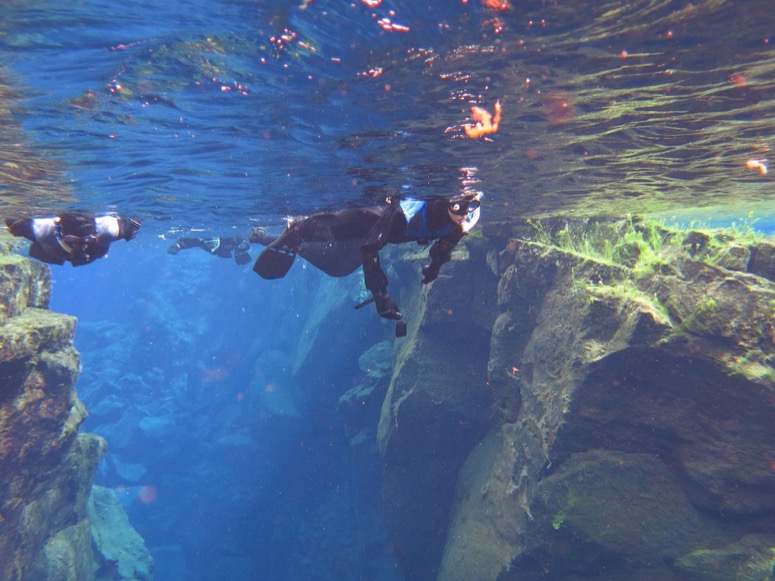 Iceland’s temperatures aren’t as frigid as many travelers assume, averaging between 10- and 13-degrees Celsius in July and reaching 20- to 25-degrees Celsius on warmer days. While you probably won’t feel like diving into the sea the moment you set foot on Icelandic ground, you may change your mind when you hear about snorkeling in the Silfra rift.

The Silfra rift is part of the Thingvellir National Park UNESCO World Heritage Centre. It’s the only place in the world where travelers can dive or snorkel between two continental plates. The lesser-known natural wonder offers 100 metres of visibility, bright blue waters, and a rainbow of colors that make snorkeling the chilly glacial waters, from nearby Langjökull, unlike anywhere else in the world.

Stay Up All Night in Reykjavik 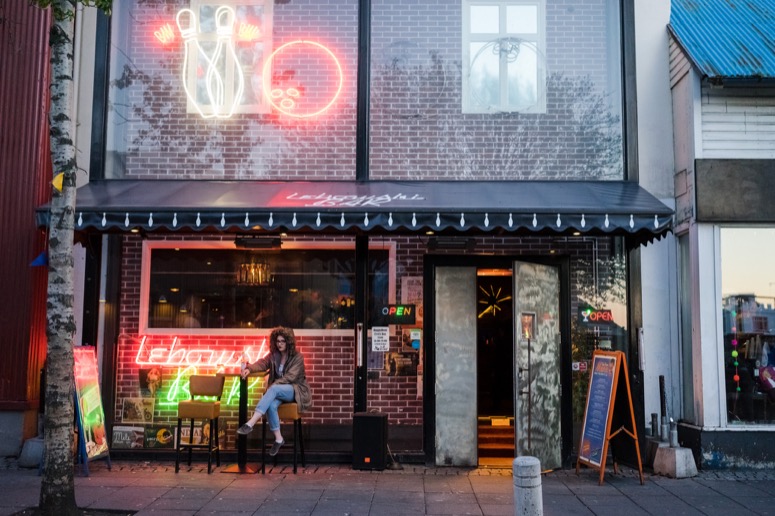 The nightlife never really stops in Reykjavik, and it can be difficult to know when night actually falls during summer evenings full of sunlight and winter days of darkness. Icelanders are known for heading to their favorite bars and pubs after midnight and staying until at least 5 a.m., on weekends. Many cafes morph into bars in the evening hours, then into clubs in the wee hours of the night. It’s essential to spend one night drinking Icelandic craft beer and local schnapps at the famous Kaffibarinn bar or the low-key artist hangout, Ölstofa Kormáks og Skjaldar.

See the Northern Lights from the Top of a Glacier 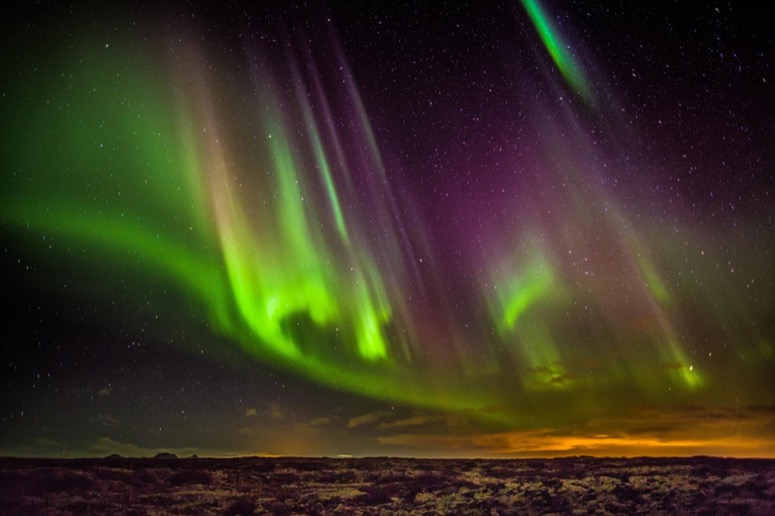 Guide to Iceland offers a number of glacier tours in Iceland, including a jaw-dropping adventure to the Sólheimajökull glacier tongue, the Seljalandsfoss waterfall, and an unbeatable viewing point for the aurora borealis. Iceland’s wild and sparsely populated landscape coupled with the pitch darkness of winter makes it one of the best places on earth to see the dancing northern lights.

Every week we hand-pick the best deals from around the web and deliver you up to 80% off your favorite brands like Patagonia, North Face, and Arc'teryx
Tweet
Pin217
Share1
218 Shares