You are here: Home > Blog > An Interview with Taiwan Travel Writer Steven Crook 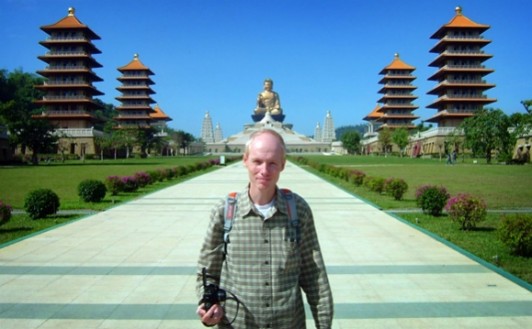 **The above are affiliate links

Steven Crook, who’s lived in Taiwan for 20 years, grew up in England. He’s been writing travel and other kinds of feature articles for newspapers and magazines since 1996, and has had three books published. His most recently works include Taiwan: The Bradt Travel Guide and Taiwan For Culture Vultures, a smartphone travel app released by GuideGecko.

You’ve recently moved from freelance journalism into both guidebook and guide app writing. How did your experiences on these projects differ from your normal routine?

My routine didn’t change that much. I do most of my writing in the morning, a bit in the afternoon, and very little or none in the evening. Usually I’m working on half-a-dozen different things. Usually, that means about four articles and maybe two or three themes which, hopefully, will become ideas that win over an editor. With the guidebook and the app, I was still working on half-a-dozen things – just one was significantly more time-consuming that the other five. I’m used to putting aside and then returning to projects; for a feature article, six months from initial idea to publication isn’t unusual. Something I now make sure happens (and this is very important for anyone trying to make a living from freelance writing, I think), is that my projects cannibalize each other. Sizable chunks of both the guidebook and the app were based on old articles (the information had to be updated, of course, and rewritten to suit the format). Before the guidebook hit the shelves, I was selling feature articles based on the research I’d done for the book. Doing the app wasn’t so different. When I’m on a multi-day research trips, the schedule is more like this: Write from 5am to breakfast, then outside until 9pm or so, then write for an hour or more before sleeping. 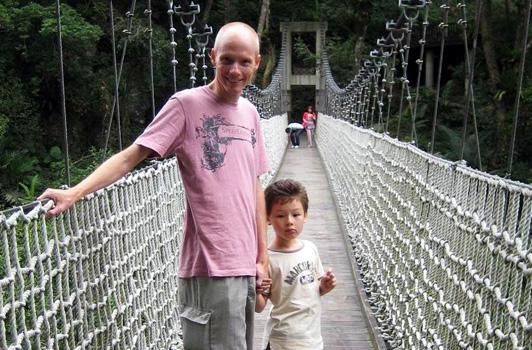 App writing is a very new genre of writing. How does it differ from other forms of writing?

When I began talking to GuideGecko and examining the structure of their apps, two things appealed to me right away. The first is that each entry can be as long or short as you want – as long or as short as the destination deserves. With a print guidebook you’re always struggling to stay within the overall word limit, and to maintain some kind of balance between the various places and regions covered by the book. With an app you needn’t worry about this, because there’s really no size restriction. Secondly, you can add links from one attraction to another, or to background articles (my app has one about popular deities, for instance, and another about personalities in Taiwan’s history). This saves both writer and reader from repetition. The entries on individual destinations are leaner and meaner as a result.

I write a blog, but rarely read them. After writing a guide app, would you consider using one?
Absolutely yes! An app is almost certainly going to be more up-to-date than a printed guidebook. It’s also a lot lighter to carry around, and cheaper.

What are some of the better sights from the Guide Gecko app that you’d recommend?

I enjoyed writing about some new attractions which opened after I’d finished researching my guidebook. Houtong Coal Ecological Park offers a bit of history and a good outdoors experience. The Magic School of Green Technology showcases sustainable architecture, a field in which Taiwan leads Asia. If you’re interested in Taiwan’s religious culture and traditional arts, then Tainan and Lugang are must-sees.
You write for some print-only publications like inflight magazines, and some web-only publications. How do you feel that these two markets differ?

Web-only publications seem to pay less than print newspapers and magazines. I assume that’s because almost anyone can set up a website, whereas a print magazine requires more investment and certain skills, such as building a distribution network.

Last year you finished your first guidebook and this year your first app. Do you have any big plans for next year?

I’d love to write another book, but I don’t see that happening anytime soon. (That’s a hint to publishers: I’m available!) Certainly I’ll be updating and expanding the app, and continuing to write feature articles. 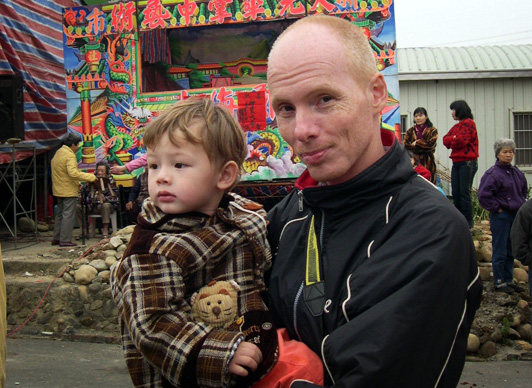