An Interview with Tom Bodkin of Secret Compass Expeditions

You are here: Home > Blog > An Interview with Tom Bodkin of Secret Compass Expeditions

Tom Bodkins is one-half of Secret Compass Expeditions. He and his partner Lev Wood (who I interviewed last month) run what is probably the most intrepid and challenging adventure tour company on the planet. Think of it like Outward Bound. For marines. In some of the most seldom visited places on Earth (places that people don’t visit for good reasons).

They travel to places like Afghanistan and Southern Sudan. They’ve fallen of cliffs in the Zagros Mountains and slept in Kurdish jails (but not on purpose, of course). Right now they’re planning to cross Iceland on cross-country skis. When I heard about this company I had to learn more.

How long has Secret Expeditions been operating?

We started the company in October 2010, but really ramped things up in October 2011, and 2012 is our first year of full operation. The planning and preparation that goes into expeditions means that we are always planning over a year in advance.

What was your first expedition?

Our first expedition was to Lake Zorkul, one of the claimed sources of the Oxus river in the Wakhan Corridor, Afghanistan. Lev and I had both served in the military in Afghanistan. It was somewhere we both wanted to go back to, and we didn’t want to wait 30 years to do it. It is a fascinating region, culturally very diverse with a real sense of history; it was part of the Silk Road and hd a number of high profile Great Game explorers visited the area, including Lord Curzon and Francis Younghusband. 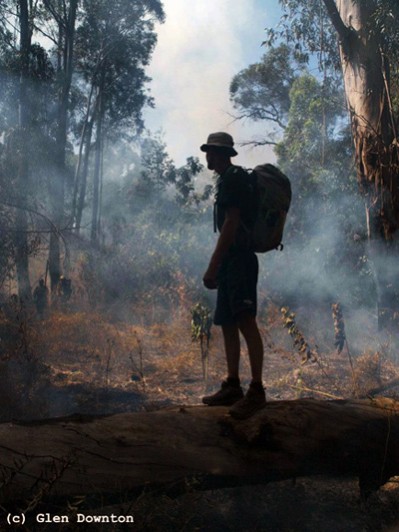 How did you find your first clients? For that matter, how do you continue finding them? There can’t be that many people willing to spend thousands of dollars to endure conditions that most creatures instinctually avoid.

Our team members are diverse and multinational. We have had Canadians, Australians, Americans, Norwegians, Indians, and an Egyptian. What unites them all is their adventurous spirit and urge to get a little bit more out of life.

What was the most difficult challenge that you faced on an expedition?

Physically our expeditions are tough, but they are achievable. The biggest difficulties are organizing the logistics and fighting the bureaucracy in areas where people have never been to before. In South Sudan, we helped the government set their permit rates since no travellers had ever visited the Imatong Mountains. Often, local politics and power struggles combine and you get embroiled in disputes between bickering small time officials. So, negotiation and patience are greater attributes than endurance!

In the Army you are subjected to high levels of stress under difficult conditions in training to prepare you for operations. On operations you become highly attuned to high levels of risk and very good and analyzing that risk and creating and applying mitigation measures to reduce it. Both of these elements are critical for expeditions. 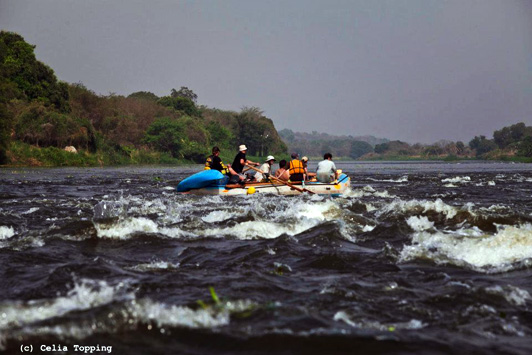 Were there any times on expeditions that you got that sinking feeling in your gut, like  “holy shit, we are in serious trouble here.”

There have been a couple of occasions where your pulse starts rising slightly, but to put the question into perspective, I have never been shot at on an expedition, and so I am pretty relaxed about most situations we find ourselves in! A solution can always be found!

How did you deal with these kinds of situations?

We always ensure we are prepared to deal with likely (and unlikely) situations and we have plans in place if everything goes seriously wrong. This gives you a process to deal with situations of high stress and allow you to think clearly. The most important things are relaxing, not panicking, and thinking clearly.

I think many people over the years have proved that nearly everything is within someone’s abilities if they want it and train hard enough. Our limiting factor is that we try and keep expeditions to three weeks so they are accessible for most people. There are lots of options available in that timeframe.

Which upcoming trip are you the most excited about?

I am excited about all our expeditions, that is the key benchmark for having them! Our next expedition, to Mount Mabu in Mozambique, will be pretty awesome. We’ll be pioneering a route through the largest rainforest in southern Africa which has only just been discovered!

Secret Compass has been mentioned by several media outlets and appears to be doing well. What goals do you have for the future?

We have been humbled by the support we have received so far for what we are doing and it really motivates us to carry on and develop more awesome expeditions. We have some pretty exciting ideas for next year in Burma, western China, the Darien Gap and DR Congo.

Do you have any big ideas in the works that you’d like to mention?

We are looking at taking this concept and applying it to mountain biking and ski touring, mainly because they are passions of mine! Mountain bike Afghanistan anyone?