You are here: Home > Blog > Five Urban Adventures in London

It’s not easy to find good outdoors adventures in cities. The reasons are obvious: there are no mountains, few (if any) rivers and lakes, and ski hills are all but nonexistent. However, big cities, like London, often have large enough populations that certain niche groups develop excellent facilities and more and more urban sports like parkour have been emerging in recent years.  Although I still think that London is more amenable to cultural activities than adventure sports, I have managed to dig up five pretty awesome adventure activities in London. 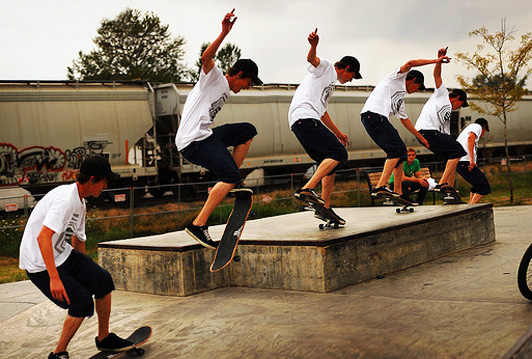 Often overlooked as adventure sports, these forms of two- to eight-wheeled self propelled urban transportation are among the graceful, skillful, and potentially painful of outdoors sports.  Most large urban centres have several parks where young death-driven maniacs can hurl themselves off of large concrete edifices, and London is no exception. London is home to several world-class skate parks including the One Minet Park in Essex (free), Bay Sixty6 (£6/$9.50 USD) on Acklam Road, and Mount Hawke (£3.5/$5.50 USD) in the southwest.

All you have to do is grab your toy of choice, strap on your helmet, and try to avoid high-speed interaction with the pavement. 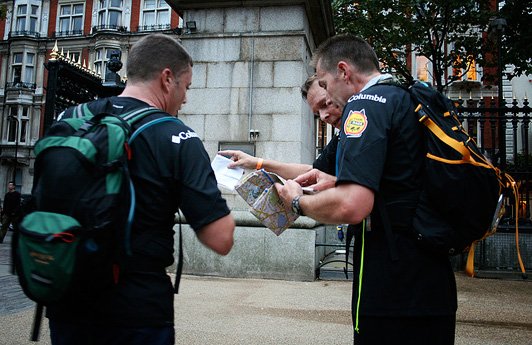 Organized by Rat Race Events, the Rat Race is an extreme urban adventure race that takes place several times a year. Sometimes the race requires a team. Sometimes you can go solo. Only one thing is certain–it’s going to be f$%#ng hard.

Coming up in 2012 is the Soldier Challenge, in which teams of 2-4 will  be given four hours “to bag as many of the 35 military checkpoints” as possible. You won’t be told where the checkpoints are until an hour before the race begins. There’s no route. There’s no guide. It’s up to you to figure out where to go when, and how to get there. It’s basically free-for-all.

That is followed by the Survival of the fittest on November 17th in which thousands of contestants will struggle across a 10km obstacle course. There are two options run the course during the day or, for those who really like to punish themselves, run it at night under floodlights. 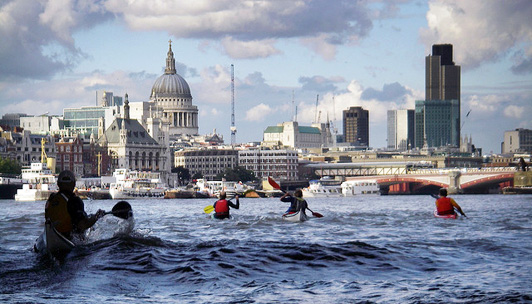 Have you ever dreamed of kayaking in a smoggy city on one of the most polluted rivers in Britain? Me neither. But, if there was nowhere else to go, I’d be willing to give it a try. 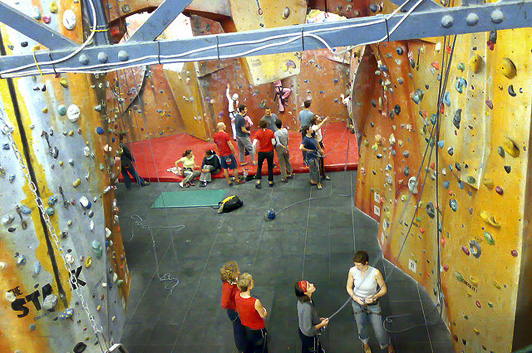 The Castle Climbing Centre is a huge climbing centre located in northern London inside of, yep, you guessed it, a castle.  Aside from the coolness of climbing in a 200-foot tall castle, there are a lot of reasons to go get your climb on here. Accessible by public transportation, the Castle is easy for out-of-towners to get to. With over 450 routes and 250 bouldering problems, the Castle has a challenge for every climber. There are always pros onsite offering varying levels of courses. And, starting at £12 ($19 USD) per visit (after a £5/$8 USD registration fee) the Castle is something pretty much anybody can afford.

Yes, I’d rather be on a mountain, but, in the absence of a nice sheer cliff, the Castle is as good a facility as you will find. 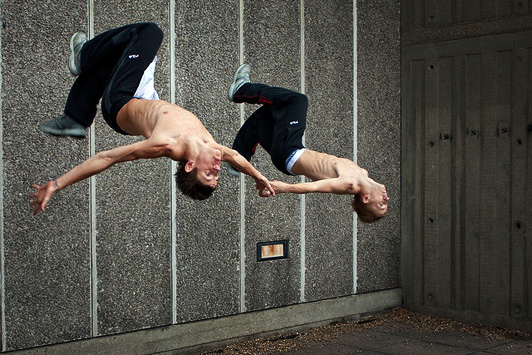 Parkour, the art of running awesomely over, across, through, and sometimes spinning around, urban obstacles with has been gaining in popularity quickly in recent years thanks to its adaptation to Hollywood chase scenes, like the epic chase at the beginning of Casino Royale. Now parkour lessons and parkour parks have been springing up in urban centres around the world. I placed this activity at number one because it’s something that I’d really like to try.

The L.E.A.P.  (London Experience of Art du depacement and Parkour) Park is the world’s first parkour park. Unlike a skate park, you can’t just show up and start trying to do backflips off of buildings. To use the park you must first pass an induction with a trained parkour instructor. You must also run with a buddy–running alone is not allowed. For more information about lessons and the park, check out the Parkour Generations website.

If you don’t believe that parkour looks like fun, just check out this video of parkour in London.

If you’re looking for top notch accommodations while in London, but aren’t into fancy hotels, you may want to check out these home rentals.