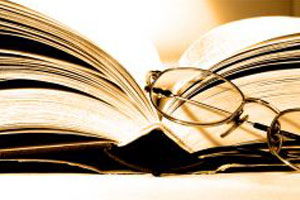 Number of Asian conversions to Catholicism since 1978: 54 million

Nicknames earned by Pope Benedict while working for the Congregation for the Doctrine of the Faith (a descendant of the Holy Inquisition): “The Pope’s Enforcer” and “God’s Rottweiler”.

Age at which Pope Benedict joined the Hitler Youth: 14

Manner in which Pope Benedict left the German Army: Deserted

Percentage of Cambodia and Thailand citizens that are practicing Buddhists, respectively: 95% and 94.6%

Iranian President Mahmoud Ahmadinejad’s ideal fate for the Jewish state of Israel: to be “wiped off the map.”

His opinion on the holocaust: “a myth”

His suggestions for alternate locations for Israel: “Europe, the US, Canada or Alaska”

Percentage of the world population that did not feel their country was governed by the will of the people, according to a Gallup International poll taken last September: 65%

Winner of the BBC ‘Who Runs Your World’ contest in which participants choose their ideal leader of a fictional world government: Nelson Mandela

Percentage of Americans who feel that presidential candidates must be strongly religious: 70%

Percentage of Americans who would not vote for a well-qualified Muslim for president: 38%

Percentage of Americans who believe that Islam is more likely than other religions “to encourage violence among its believers”: 44%

Percentage of Americans who would not vote for a well-qualified atheist: 52%