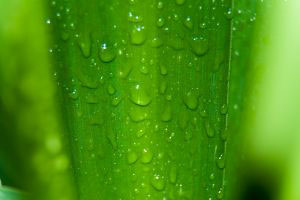 Tyco executive Dennis Kozlowski’s brother-in-law’s defense for an extravagant bachelor party held for his son with Tyco company money: “It wasn’t like a three-ring circus…there was only one dwarf.”

Event at which the record was made: British Midget Tossing Championships 2002

Amount of money a professional tossing-dwarf can earn: more that $100,000 USD per year

The result: he lost

Age of an East Indian girl who married a dog to ward off an “evil spell”: 9

Manifestation of the “evil spell”: she had a tooth rooted to her upper gum, a bad omen

The reason behind it: He was caught copulating with the goat, and village elders decided he must pay the owner a dowry and marry it

Last known status of the marriage: still together

According to a state approved West Indian textbook for 14 year olds, why a donkey is like a wife: “It has to toil all day, and, like her, may even have to give up food and water.”

Why a donkey is better than a wife (same source): “while the housewife may sometimes complain and walk off to her parents’ home, you’ll never catch the donkey being disloyal to his master.”

Number of donkey weddings in Madras, India in 2003 in an attempt to bring rain: 5

Number of calls in 1998 Southern California resident Al Niño received complaining about his effect on the weather: more than 100

Number of calls he received with blame for a stranger’s daughter’s loss of virginity: 1

Number of calls he’s received thanking him for improving the weather: 1

The accomplishment that George W. Bush expects to be his legacy, according to a senior White House consultant: “saving Iran”

The reason that Canadian Minister of Defense Paul Hellyer called on Canadian Parliament to discuss the best way to deal with extraterrestrials: he’s “so concerned about what the consequences might be of starting an intergalactic war.”

The name of a series of Brooklyn-based hip-hop parties aimed at young, white people: Kill Whitey

Attendees eligible for free entry: anybody who brings a bucket of chicken

The cost of one professional anus bleaching in Los Angeles: $75