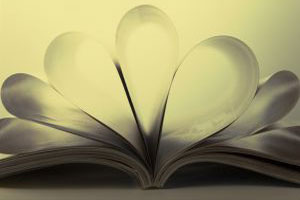 The fastest elevators in the world : Taipei 101’s high speed lifts, which travel at 17m per second

The world’s largest proposed building : Burj Dubai in Dubai, UAE, expected to be completed in 2008, will be 800m tall

The size of the engine on this mad machine : 2294cc

The largest engine size for a motorcycle in Taiwan that can be legally driven without a special driver’s license : 150cc

Rolling Stone magazine’s opinion about Canadian 80’s rock band Triumph according to one review : They were “mutant hoseheads”

The only homosexual comic book character with the ability to kill Superman : Triumph

His method : Draining all of the “solar energy” from Superman’s cells

The reason Triumph’s sexual orientation was never revealed in the comic : The writers “didn’t have an appropriate storyline to deal sensitively with that issue”

Distance Pinto claims he can bulge his eyeballs out of their sockets : approximately 11.5mm

The amount of money that Mark Giorgio chased over the edge of a bridge (he dropped it) in Palmetto, U.S.A. : $20

The distance he fell : 50ft into the Manatee River

Distance he swam to recover the bill : approximately 100 yards

His comment to the local newspaper about the incident : “I got my money back, hell yeah!”

World record for most kicks to one’s own head in one minute : 42, held by Michael Lloyd of Midland, Texas, USA

Amount of cocaine in the beverage : None

World Record for fastest time to drink one liter of beer : 1.3 seconds by Peter Dowdesell in Carlise, PA, USA

The 160 character phrase used in most speed text messaging contests : “The razor-toothed piranhas of the genera Serrasalmus and Pygocentrus are the most ferocious freshwater fish in the world. In reality they seldom attack a human.”

Length of time it took him to multiply two 13-digit figures correctly : 26.51 seconds

Length of time it took 8-year-old Wang Hui-yin to calculate the square root of a six-digit number : 10.48 seconds (more than 50 seconds faster than the previous record of 63.8 seconds)