You are here: Home > Blog > Is Sierra-at-Tahoe the Best Ski Resort in the USA? 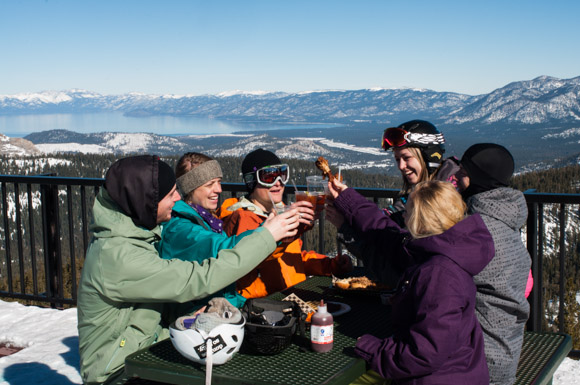 Sierra-at-Tahoe is a medium-sized ski resort in South Lake Tahoe. It’s not nearly as well-known as other resorts around the lake — like Squaw Valley, Heavenly, and Kirkwood — which would seem to make it a bit of an underdog in our Best in the West Showdown.

On closer inspection, however, the idea may not be so strange.

The Best in the West Tour is different from other projects that have attempted to crown the best ski resort in the USA.

While others look toward giant mega resorts with large villages full of expensive condos and extreme terrain for expert skiers and snowboarders, we have been focusing more on the qualities that appeal to a large and diverse proportion of the skiing and snowboarding population.

Those qualities include value, atmosphere, and terrain that appeals to the average skier or snowboarder. In those categories, medium-sized resorts like Sierra-at-Tahoe are often just as qualified as — and sometimes better qualified than — their big-budget counterparts to take the title of Best in the West.

Here’s why Sierra-at-Tahoe stands out from other resorts in the area.

An annual snowfall of 480 inches places Sierra-at-Tahoe among the top 20-30% of hills in the country for snowfall. And, although big-mountain terrain isn’t the primary feature of this resort, it definitely holds its own with the steeps, cliffs, and chutes accessed by the Huckleberry Gates.

What do you think? How important is having a ton of big-mountain terrain compared to having a large proportion of sculpted and clearly-marked terrain that enables beginner and intermediate snow sport lovers to improve their skills easily, safely, and efficiently?