You are here: Home > Blog > Taken By Surprise: Santana And The Singha Experience 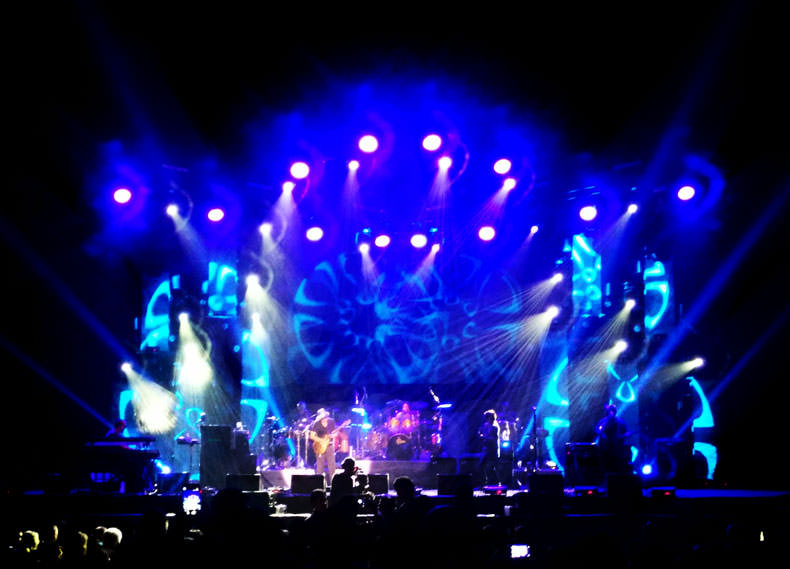 When I was invited on a blogger trip sponsored by Singha to try out their signature Singha concert experience, I figured “Why not?” My buddies Ian and Erick were also going on the trip and not much happens in the sleepy little beachside village 3hr southeast of Bangkok where I live.

I thought it would be a fun night out, but I wasn’t expecting much

Man, was I in for a surprise. 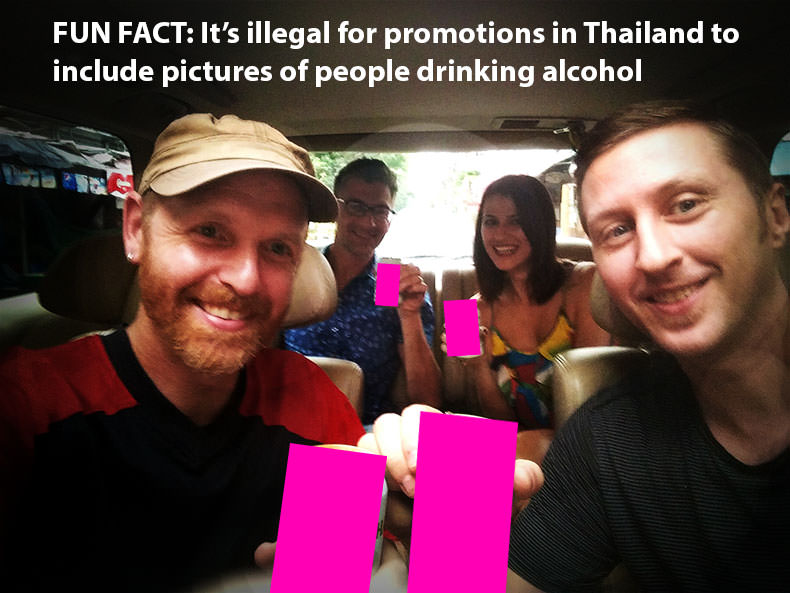 The evening started around 5pm when we were picked up by the luxury Singha van. Ian, Erick and I were joined by Robson and Natalie of Love On The Road. The van was seriously comfortable, and came equipped with enough Singha to get us through the two-hour slog in rush hour traffic to Impact Stadium.

On arrival the driver gave us our tickets for our floor seats and showed us where he would pick us up.

Then we all ran inside to the bathroom as fast as we could to relieve ourselves of all the Singha we had drunk while trapped in traffic. 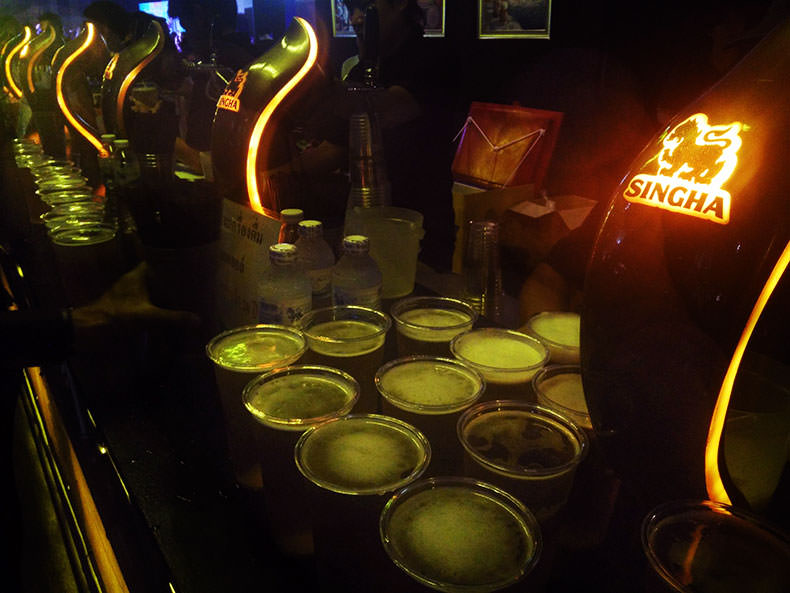 Once we regrouped in the lobby the first order of business was, of course, to find more beer. This is where things got extremely weird.

In contrast to every other concert I’ve ever attended, there was no line up for beer. And when I ordered my beer, the server asked me for 100 baht.

That’s right. No $14 beers, like I was used to buying at events in the USA.

We were all amazed.

The normal-prices also extended to the food. We all went and bought some normally-priced donairs, chicken, and sausages and stood around laughing about the wonderful prices.

There was a huge Santana step-and-repeat for photos, so we stepped up for a picture before we grabbed more beer and headed into the stadium to find our seats, which were fantastic. We were on the floor, near the middle, about 20 rows back. 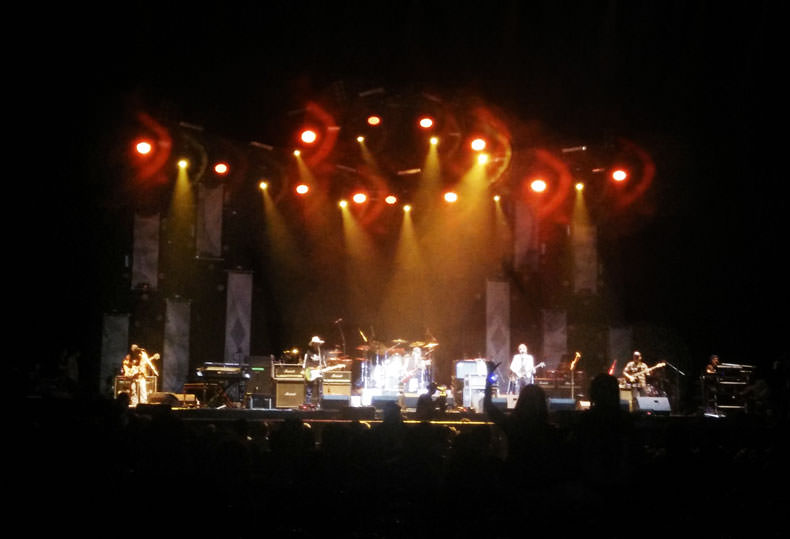 I love Santana. Really. Abraxas is a classic, and Supernatural was a staple of my high school rock and roll collection.

But I wasn’t expecting too much from this show.

Carlos Santana is 68. In recent years there have been more than a few great classic acts that have toured into old age not because of passion for music (like The Rolling Stones, for example) but because of financial necessity. I’ve heard a lot of stories about disappointing shows by artists past their prime. So, my expectations for Santana were low.

Man, was I wrong. Santana was anything but an over the hill rocker playing to pay his taxes.

He was the opposite. He was an artist who’d had a long and celebrated career that provided him, in his old age, with the reputation and resources to hand pick his own band of musicians and craft the rock n’ roll experience that he wanted to deliver without ego or constraints.

It was a thing of beauty.

The show opened with a cover of Stevie Wonder’s Higher Ground and went uphill from there. The band included two singers (surprisingly, Carlos didn’t sing at all), a rhythm guitar player, a bass player, a keyboard player, and three amazing drummers playing everything from bongos to a full rock n’ roll kit.

The musicianship was second to none. But there was one highlight that stood out to me.

I’m from a small redneck town in Canada. I was raised on a steady diet of classic rock from the 60’s and 70’s, which instilled in me a deep reverence for the art of the 12-minute solo. Me and my friends would smoke weed in pickup trucks and listen to live recordings of Zepplin, Neil Young, and Pink Floyd waiting for the crazy long solos not included on the normal album releases.

Sadly, for me, this rock n’ roll tradition died out before I grew to concert-going age and I, up until this point, had never in my life seen a live band jam out on stage, each player taking their turn performing a long, improvised solo.

Then Santana did it.

It started with Carlos Santana tearing out a beautiful long solo on lead guitar, which he then handed off the the bass player, who then stepped out to allow their drummer — somebody told me she was Carlos’s wife — to bring the show to a full crescendo with the most inticate and artful drum solo I’ve ever heard.

You can here it in the video that Erick took starting around 4:10.

During the opening act the crowd stayed seated. As Santana’s set progressed more and more of the crowd stood up and started dancing until nearly everyone was on their feet.

But when the solos began, everyone just stood there transfixed.

I was not the only person who was witnessing the lost art of the solo for the first — and probably only — time in their life.

It was more than I could have expected from my first Singha Experience.

3 thoughts on “Taken By Surprise: Santana And The Singha Experience”