You are here: Home > Blog > Travel to Thailand: Explore Majestic Temples and Experience the Outdoors

The golden spires of the Thailand’s ubiquitous Buddhist temples juxtaposed with their exotic tropical surroundings and the country’s diverse geography of emerald jungle, aqua waterfalls, white sand beaches, and craggy cliffs, have enchanted visitors tourists who travel to Thailand for decades.

Some prefer to spend their time in the popular destination taking photos of temples and markets, while others tend toward the exciting mix of outdoor adventures available in the country’s mountains, rivers, and oceans such as Thailand hiking and climbing. We, however, prefer a mix of both. The following are our favourite excursions for mixing culture and excitement in the Land of Smiles.

Trekking and Temple Hopping in the North 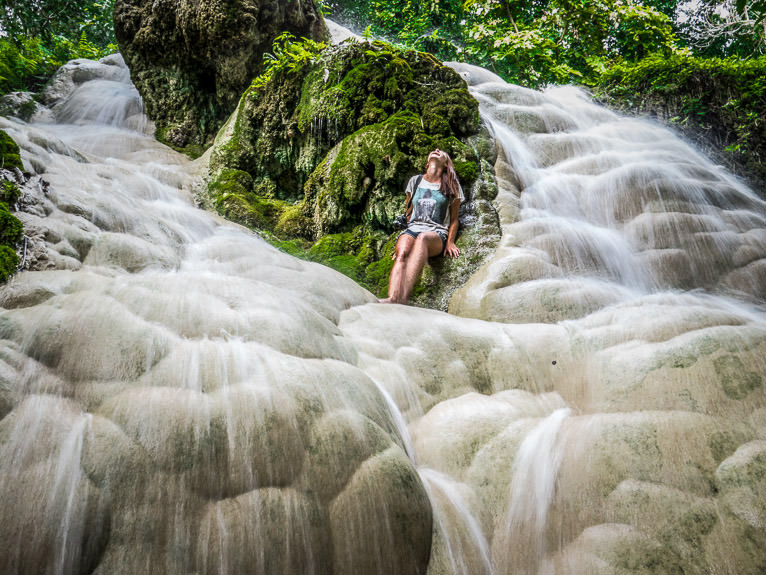 Chiang Mai is often referred to as the gateway to the North. The city is known for the temples and markets within, and the caves, waterfalls, and trails in the surrounding mountains, which are some of the Himalayas most distant foothills.

Many of the oldest temples were built in the Lanna Thai style, dating back to the 13th century when the Lanna Thai Kingdom existed in northern Thailand. Wat Phra Singh temple in Chiang Mai’s one of our favourites and is a must see when you’re in town and inevitably wandering through the Old City.

Chiang Mai is also a popular jumping off point for multi-day treks through the surrounding mountains, but we prefer to traverse the country’s mountains on the back of a mountain bike. Bikes are readily available in the city, reasonably-priced, and local operators offer several tours that visit waterfalls, lakes, and remote villages and temples.

Elephant tours are also quite popular, but are also considered unethical by many because it’s almost impossible to keep an elephant working all day and also allow it to eat as much as it needs to stay healthy (elephants normally eat basically the whole time they’re awake). So, if you’d like a close encounter with Thailand’s most iconic animal, we recommend heading instead to the nature park, where you get up close and help to clean the tenants.

Climb the Cliffs of Krabi 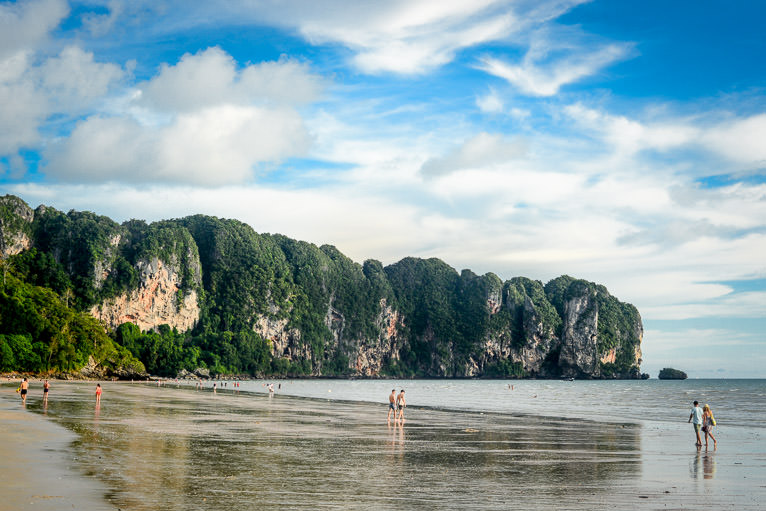 Limestone cliffs, sheltered beaches, and majestic caves have blessed Krabi with one of the most spectacular skylines in Thailand and created an ideal environment for climbers. Hop aboard a ferry or long boat from Ao Nang Beach in Krabi to Railay, and you’ll find a remote adventure-lovers paradise.

Railey is known for its powder-white beaches and limestone rock formations that attract climbers from around the world. More than 700 rock climbing routes make Railay one of the world’s most varied and picturesque climbing destinations. The deep water free-climb (climbing without ropes safely above the open ocean) is one route everyone has to try at least once.

Then sneak away from East Railay Bay, where development has begun to take over, and head to Phra Nang Bay. Fine flour-like sand, crystal-clear water, and jagged cliffs make this one of the most attractive beaches in the country. It’s also home to Phra Nang Cave and the unique phallus shrine that resides inside of it.

Nearby Tonsai Bay is like something out of a movie — a more hippy version of Railey where climbing remains unspoiled, life is simple, and attachment to civilization is minimal. Electricity is only turned on for a few hours a day, Internet access is limited, and the atmosphere is as laid-back as you’re likely to find. We love the Countryside Resort and it’s affordable tidy bungalows for affordable prices. Their Mountain View King Suite offers one of the best views in Tonsai.

Take in the Sights at Phanom Rung

If you’ve travelled to Angkor Wat, you’ll notice similarities in Thailand’s Phanom Rung Historical Park in the eastern Buriram Province, near the Cambodian border. Sitting atop a 402-metre-tall extinct volcano, the ancient khmer temple is at once remote, historical, and spectacular. The moderate hike to the temple only takes about 15 minutes, but will get your heart pumping.

Phanom Rung was constructed between the 10th and 13th centuries as a shrine dedicated to the Hindu god Shiva. The structure went through a 17-year-long restoration process and officially opened as a historical park in 1988. The temple is much smaller than Angkor Wat and doesn’t get as crowded, but we recommend arriving early in the morning to experience it when the warm glow of the sunrise and hypnotic sounds of the awakening jungle create a mystical atmosphere. Plan on spending at least two to three hours exploring the park and snapping photos of the paddy fields below.

If you’re lucky enough to visit Phanom Rung in early April, be sure to attend the Phanom Rung Festival. Traditional Brahmin ceremonies and light and sound shows at the temple provide an experience unlike anywhere else in Thailand.

Visitors often don’t realize how big the country is before they travel to Thailand. While these some of our favourite highlights from the country, they are just a small sample of activities from a few corners of the jungle-covered, beach-lined nation. Wherever you choose to go, you’ll find no shortage of outdoors adventures and cultural activities.

I’d like to thank Air Transat for their contribution to this article. Visit their website for more information on the destinations they serve.
GET FREE WEEKLY UPDATES OF THE
BEST GEAR DEALS ONLINE

Every week we hand-pick the best deals from around the web and deliver you up to 80% off your favorite brands like Patagonia, North Face, and Arc'teryx
Tweet
Pin52
Share
52 Shares

4 thoughts on “Travel to Thailand: Explore Majestic Temples and Experience the Outdoors”