You are here: Home > Blog > The Great Yeti Hunt 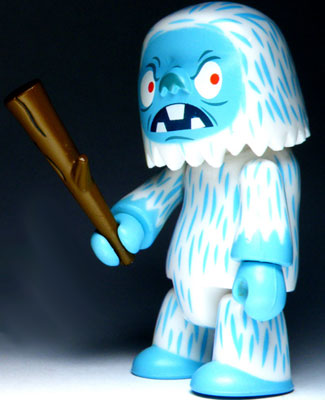 Last month I read in the news that a team of scientists in China’s Hubei province were preparing to mount a search for the Yeti, or Bigfoot, in the Shennongjia Forest Region. One article said that the scientists were looking for foreigners to join the hunt.  They wanted men “between 25 and 40 years old. With good physical health, they should also have a basic knowledge of biology and know how to use a camera”.

The article also mentioned that people with previous outdoors experience would be  preferred.  This strange endeavor has piqued my curiosity.   It has also roused my love of the outdoors.  I greatly enjoyed working as a tree-planter in British Columbia.

I have decided that I want to join the yeti hunters.  I haven’t figured out how to do it yet, but I’m going to contact them and ask them if they want to give me  a job.  Wouldn’t that be the coolest job ever? I would get to go to China, practice my chinese, run around in the Himalayas all day every day, take pictures, write about it, and get paid!

I could actually write on my resume that I was a yeti hunter.

To inspire all the other would-be yeti-hunters, here is a video of a man who claims to have had an encounter with a blonde sasquatch in North Carolina.

1 thought on “The Great Yeti Hunt”