You are here: Home > Blog > Why You Need To Go On A Microadventure

I was very fortunate to grow up in the beautiful countryside of New Zealand, surrounded by nature and water. Growing up I was very active exploring and was always the wilderness with friends and family! However I then moved to London at age 19 to pursue a career in the film industry. I’ve now been living in England for 5 years and it took me a year or two to really appreciate how important exploration and adventure is to the human spirit especially when living in the big city!

At the start of this year I first heard about microadventures from the creator Alastair Humphreys. The idea behind the concept is that you can go on an adventure this weekend or tonight. You don’t have to wait for your next yearly holiday. It doesn’t have to be expensive, well planned or far away. It’s about ‘just doing it’ and exploring new places and environments that are close to home. You do it in small chunks and do it often. It means anybody can do it as there’s no excuse that you don’t have time time or you you’re not experience enough.

It could be a local park, forest or beach. It can be a train, bus or car ride away – it doesn’t have to be far away or overseas. One of my favourite spots to go on a microadventures to is Richmond Park. Whenever I’m feeling unbalanced, frustrated and unfocused I go there be re-energised, inspired and motivated! It’s where I feel most at home when in London and I love exploring all it’s nooks and crannies and capturing it’s beauty so I can share it with others. When I first discovered it I couldn’t quite believe that it was situated in England, let alone London. It’s a slice of paradise and without it, I honestly don’t think I could live in London. 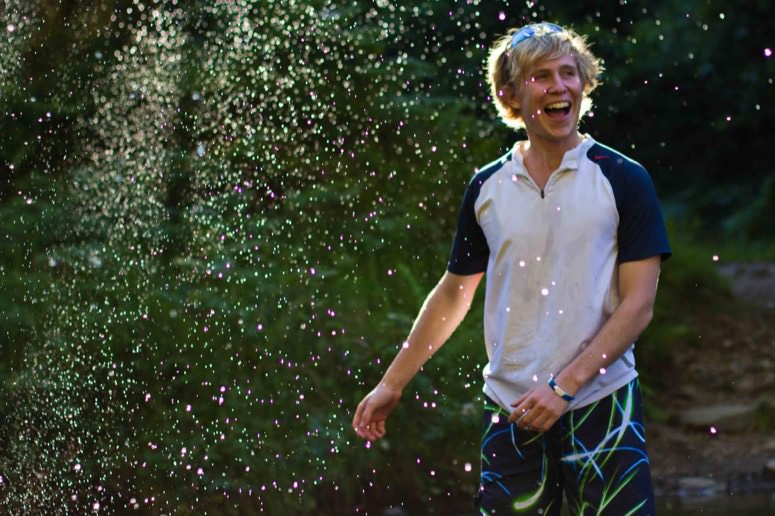 Another of my favourite microadventure places to visit is Devon. For me this is the place in England that’s most like Auckland, which is where I grew up in New Zealand. It has beautiful beaches, friendly open people and stunning forests and rivers! I just love it and every time I go there I have the most amazing time!

I decided to put together a video of my latest microadventure to Devon to inspire anybody who, like me, craves adventure but doesn’t necessary always have the time to go abroad. So here it is my microadventure:

I hope you enjoyed my microadventure vlog and it motivates you to go on your own! It would be great to hear about any microadventures that you’ve been on or have planned.

Also if you’ve got any microadventure tips – let me know in the comment section below or on twitter using the hastag #microadventuretips!

About the Author: Sebastian Solberg

Sebastian Solberg is a 24 year old multi-award winning filmmaker from New Zealand based in London who has directed commercials, music videos, documentaries and short films from Norway to Nepal. His latest short film Modern Man has screened in over 100 cities around the world and has won awards including ‘Best Comedy Short’. Sebastian recently returned from Mongolia, Kazakhstan and Kyrgyzstan where he was shooting part of feature documentary.
Follow Sebastian: Facebook | Instagram | Twitter

2 thoughts on “Why You Need To Go On A Microadventure”