You are here: Home > Blog > My Iceland Wish List

Iceland isn’t a typical travel spot. It’s a vast and mystical place a place that draws tourists back year after year. It may seem puzzling that people are putting a destination with chilly temperatures, sleepy towns (aside from the country’s capital), barren land, and roughly 18 hours of darkness in the winter months at the top of their travel itinerary. However, what Iceland lacks in temperature and population, it makes up for in raw natural beauty, fairytale-like sites, and epic adventures.

There are so many awesome things to do in Iceland, it can be difficult to choose which ones should be a top priority. The following five adventures are ones that you should never leave the “Land of Fire and Ice” without doing.

1. Venture Into an Ice Cave at the National Park of Vatnajökull 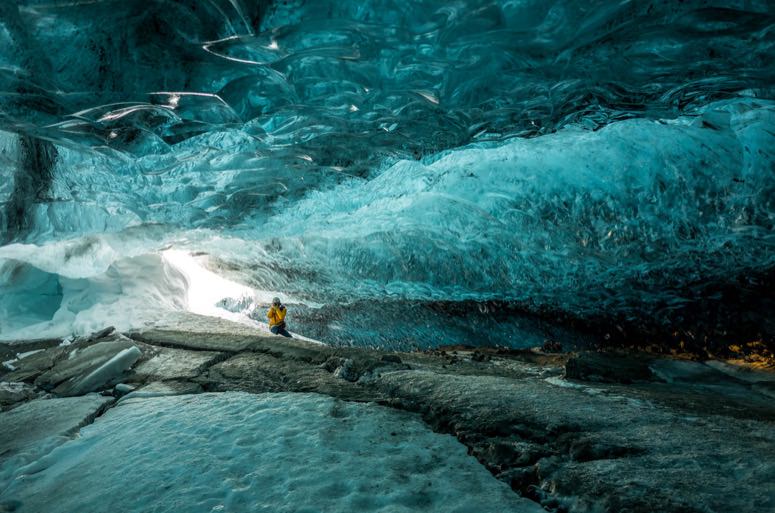 Iceland’s cool winter temperatures don’t seem so frigid when you’re standing in an ice cave formed by the largest glacier in Europe, Vatnajökull glacier. Summer’s warmer temperatures cause water to rush through the more than 900-year-old ice of Vatnajökull glacier, creating the caves that become some of Iceland’s most precious attractions each winter. This may be even cooler than the massive ice cave I found in the Columbia Icefields in Jasper, Alberta.

It seems impossible not to constantly snap photos of the majestic blue cave interior, but it’s important to set technology aside and admire Mother Nature’s work for part of your visit.

2. See Shamu Outside of Sea World 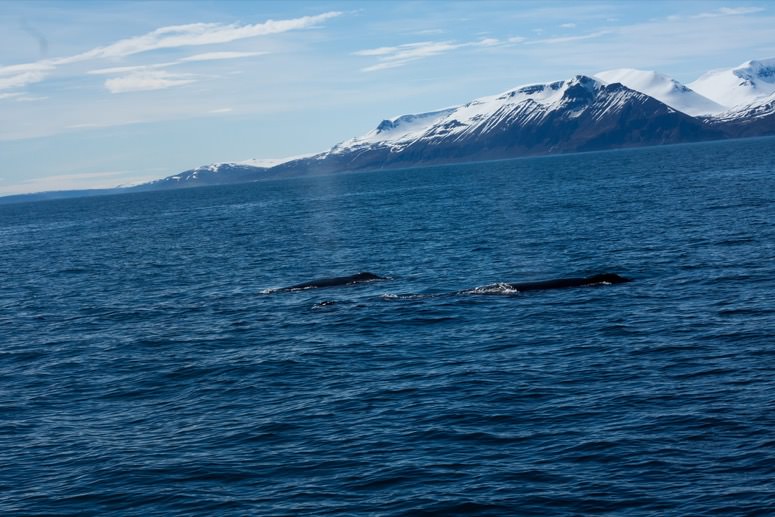 Iceland is home to more than 20 different whale species. It’s one of the best places to see the majestic creatures in their natural habitat, and tour companies boast success rates of up to 99-percent in the summer months. However, you don’t have to be traveling to Iceland in summer for the area’s sea life to put on a good show. A number of companies operate year-round with killer whale, humpback whale, and white-beaked dolphin sightings common in the colder months.

It’s not quite as amazing as swimming with whale sharks in the Philippines, but who doesn’t want to see “Free Willy” in the wild? 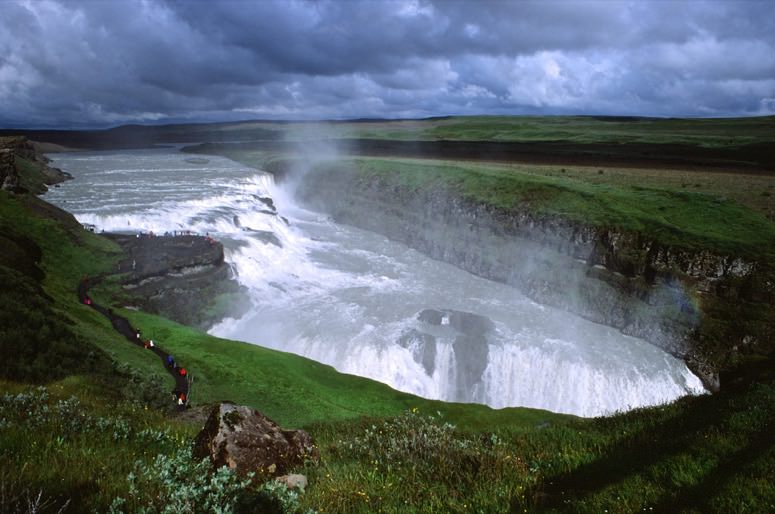 If guides and large groups of tourists make you queasy, get out there and explore on your own. Iceland Self Drive Tours are a dream-come-true for travelers like me, the ones who like to stay independent while experiencing a new destination.

The tour company provides a rough itinerary, accommodations, and a rental vehicle, but they set you free on your own adventure. Hit the road for three days or 13, and experience Iceland like the locals do, in their own vehicles and on their own time. Travel to see the aurora borealis (the northern lights), Iceland’s famous geothermal baths, geysers, waterfalls, and countless other must-see sights without stifling time constraints.

4. Snowmobile on the Snæfellsjökull Glacier 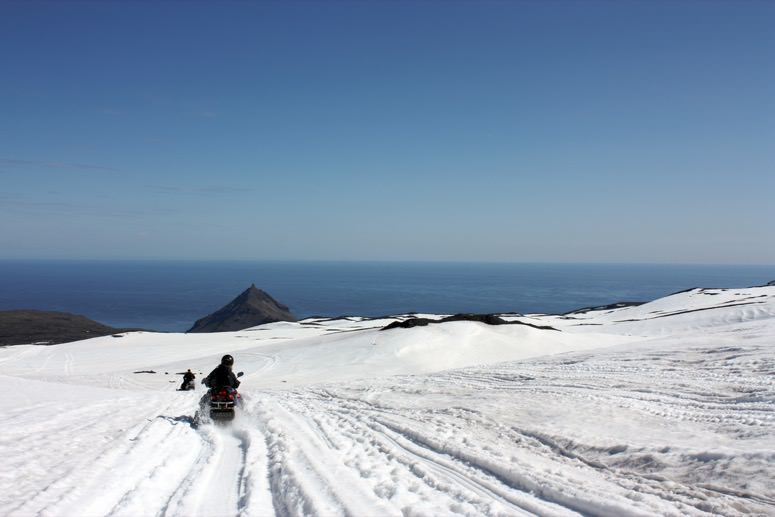 When in Iceland, do as the Icelanders do.

Well, actually, I’m Canadian, and we snowmobile a lot too.

Hopping on a snowmobile and tearing across Snæfellsjökull glacier — among the world’s most famous glaciers — is one of the best ways to embrace the country’s seemingly never-ending winter. It’s also one of the most exhilarating ways to see western Iceland’s postcard-worthy coastal and mountain views.

Your guide will take you across ice, through towering mounds of snow, and up roughly 4,800 feet to the top of the glacier, where you’ll grab your GoPro and start snapping shots of the jagged Snæfellsnes Peninsula coastline and beyond. Travelers who aren’t up for driving a snowmobile to the top can join others aboard a snowcat that holds up to 20 people.

5. Dance the Night Away in Reykjavik 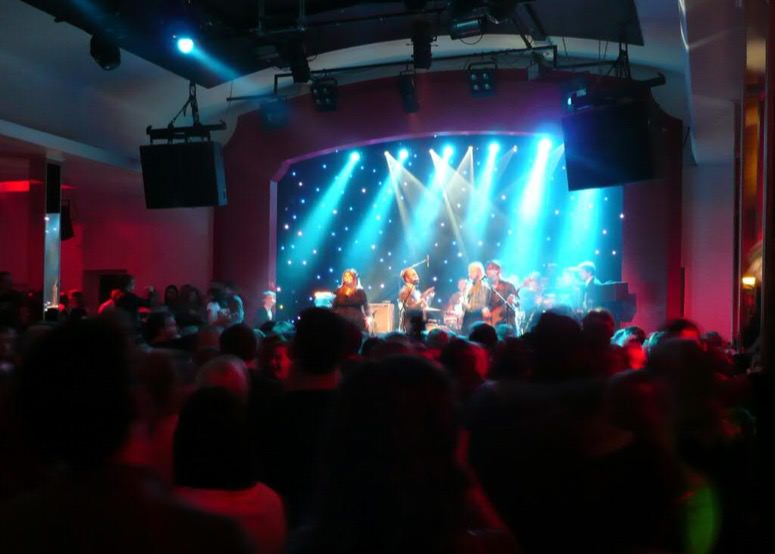 Visit Iceland in summer, and you may experience a day with just three hours of darkness. Visit in winter, and you’ll experience nights that seem like they never end. But it doesn’t matter if darkness ever falls in Reykjavik, because the nightlife scene is glowing in all seasons.

End your days of sightseeing and outdoor excursions with some of Iceland’s famous schnapps, local craft beers, and a different type of adventure — the one that happens inside Reykjavik’s legendary bars, clubs, and live music venues. Reykjavik’s nighttime scene, known as “jammith” among the locals, has become known as one of the best in Europe. Don’t be surprised if you’re headed back to your hotel at 3 a.m., or later on weekend nights.

Grab a pint with the locals at the low-key, artsy hole-in-the-wall Ölstofa Kormáks og Skjaldar before trying a liquorice liqueur and stepping onto the dance floor at Kaffibarinn. However, Reykjavik is teeming with places to grab a drink and cut a rug, so don’t be surprised if you discover a jewel of your own.

Every week we hand-pick the best deals from around the web and deliver you up to 80% off your favorite brands like Patagonia, North Face, and Arc'teryx
Tweet
Pin579
Share2
581 Shares