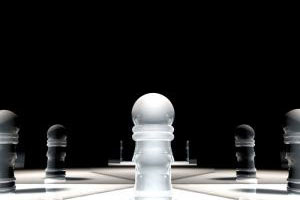 Number of the Taiwanese MLB players, present and former, from Tainan City and County: 3

Day of the year that the most collect calls are made: Father’s Day

Number of people killed by falling coconuts each year: approximately 150

Number of people killed by sharks each year: approximately 10

Reaction of some octopuses to extreme stress: Eating their own arms

Oldest defense secretary in the history of the United States: Donald Rumsfield

Youngest defense secretary in the history of the United States: Donald Rumsfield

Worst defense secretary in the history of the United States: take a wild guess

Which came first, the chicken or the egg: The egg, as concluded by a panel of scientific and philosophic experts last year

Suggested retail price: USD$5
Factor by which the volume of land used to produce genetically modified crops increased between 1996 and 2005: 50 (from 4.2 million acres to 222 million acres)

Countries that saw the greatest increases: Brazil and India

Percentage of normal baby rats that die within three weeks of birth according to a recent Russian study: 6.8

Percentage of baby rats born to a mother fed a natural soy diet that died within three weeks of birth (same study): 9

Percentage of baby rats born to a mother who was fed a GM soybean diet that died within three weeks of birth (same study): 55.6

Percentage of soybeans grown in the United States in 2006 with GM traits: 89

Percentage of GMO ingredients that must be present for mandatory GMO labeling in the EU: 1

Percentage of GMO ingredients that must be present for mandatory GMO labeling in Japan: .1

Canada and the United States’ policies for mandatory labeling of GMO foods: nonexistent

Percentage of processed foods containing GM products in the United States according to the Grocery Manufacturers of America: 75