You are here: Home > Blog > Change 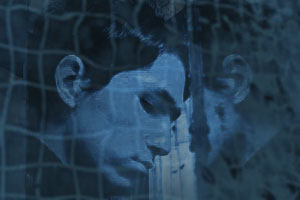 I pen this letter from a remote stretch of shore on Kootenay Lake, an enormous, unmolested body of water hundreds of kilometers long, slung in a deep valley in British Columbia’s Rocky Mountains. As a child I spent countless summers running barefoot through these cedar forests. Today is the first time I’ve reclined on this quiet shore in more than 1,000 days; 1,000 days since I’ve lain on this rocky beach, smelled the clean mountain air perfumed with cedar and gazed at a night sky flooded with more stars than darkness. It’s sunny, but not hot. The waves lap at the pebble shore where I sit against driftwood in the shade of a poplar tree. I should feel at ease but I don’t. I’m lonely and I’m frightened.

Lonely because I recently parted ways with my partner, and frightened partly because I’ve suddenly re-entered North American society after a long absence and I find myself uneasy among hordes of large hairy white beasts with booming voices and a penchant for ceaseless small talk. But I’m scared mostly because I’ve flung myself into a torrent of brash life changes that promise to keep me in turmoil for months to come. In the past six months I’ve thrown away everything that’s been important to me for the past two years.

I’ve begun the process of packing up, tucking away and selling off three years of my life in Taiwan, including this magazine. Xpat hasn’t been a bad experience. On the contrary, it’s quite fulfilling and has been more successful than I ever expected. But I never wanted to be a publisher or an editor. I want to be a writer – so I’m quitting.

Taiwan has treated me wonderfully. Better than I ever expected. I have wonderful friends here, a job that I enjoy, a benevolent employer and a workplace filled with kind and gracious employees. But, I never planned to live in Asia (I’ve always been more inclined toward a Latin culture), so after three years, I’m preparing to leave.

And I broke up with Emilie. Intelligent, kind, adventurous and beautiful Emilie, with whom I lived, slept and traveled with for more than half of my Taiwan life. She is a great person, yet I felt that we couldn’t stay together because our relationship didn’t fit with the Future I seek.

All of the above changes that I’ve suddenly heaped upon myself are for the same reason: they don’t fit the over-romanticized traveling-writer Future that I contrived as a child running barefoot among these mountain cedars.

And now I’m frightened; afraid that I’m flinging away these precious things in search of an over-idealized Future—that might not exist. I’m petrified that one day I’ll look back and think, “I just should’ve left well enough alone.”

But, when it comes down to it, I’m even more afraid that one day I’ll look back and think, “Damn, how’d I get stuck here? What happened to traveling? And writing?”

When my mind turns to the uncertainty of my future my stomach twists with excitement and fear – 20 percent excitement and 80 percent fear (similar to my feelings previous to moving to Taiwan). It’s a mix that, in the past, signaled I must push on because I could never forgive myself for giving up such an exciting and challenging prospect. So, I will.

I don’t have much of a point to this self-indulgent treatise about the changes in my life except to tell you that fear of change has so paralyzed my mind that it can’t even fabricate a more suitable topic for this letter. And also to share with you a morsel of wisdom imparted to me by a friend. After assaulting him with a windy monologue—similar to this one, which concluded with, “It looks like I’m in for a lot of change,” he replied: “It’s the only constant.”

The future is mine and the future is yours. Take it while you can. It’s frightening and irresponsible, but it’s easier to throw yourself into change now than to spend the long twilight of your life looking back on the things you wish you’d done.