You are here: Home > Blog > Is Wolf Creek the Best Ski Area in the United States? 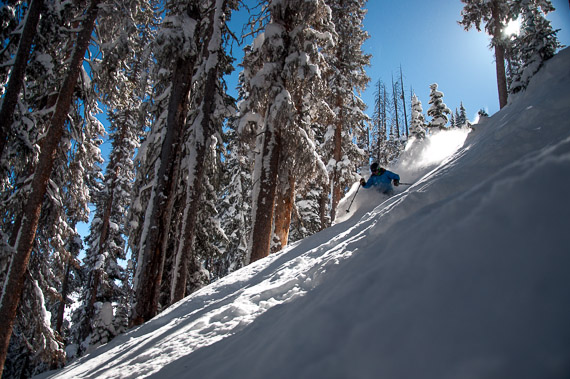 Statistically Wolf Creek appears to be a fairly average ski area. It’s 1600 acres, which places it solidly in the middle of the pack for rideable terrain. It has seven lifts to serve that terrain and a vertical of just over 1,600 feet. There’s no terrain park at all.

There is one statistic, however, that sets Wolf Creek apart from other resorts: an average annual snowfall of 465 inches, which gives it more snow than any other ski area in Colorado.

Although that doesn’t top some other hills, like Jackson Hole or Snowbird, it’s still quite impressive.

Wolf Creek also has some qualities that set it apart from other ski areas. There’s the hill’s dedication environmental stewardship, which has resulted in a very low proportion of cut runs and a very natural-feeling on-hill experience.  Wolf Creek is also quite community-oriented, and that is reflected in the friendly atmosphere.

Then there are the proposed Wolf Creek expansion plans, which would open up 1000 acres of new, powder-covered terrain — and 700 of those acres would be all-natural black and double-black diamond chutes, gullies, and cliffs.

What do you think? Could Wolf Creek be the Best Ski Resort in the USA?

Would the proposed expansion affect your opinion?