You are here: Home > Blog > My Top Five Budget Asian Adventures for 2012

Last year was an incredible year for me. I probably went on more adventure trips than ever before in my life; I went glacier caving, hiked the Banaue Rice Terraces and Taiwan’s Vertigo Trail, learned to scuba dive and swam with sharks, and attended my first Burning Man Festival.

I spent most of my time in Asia and, although I got to do a lot, there were some incredible trips that I just couldn’t fit in. So, based on what I did, and heard about last year, here are my top five budget Asian adventure suggestions for your holidays 2012 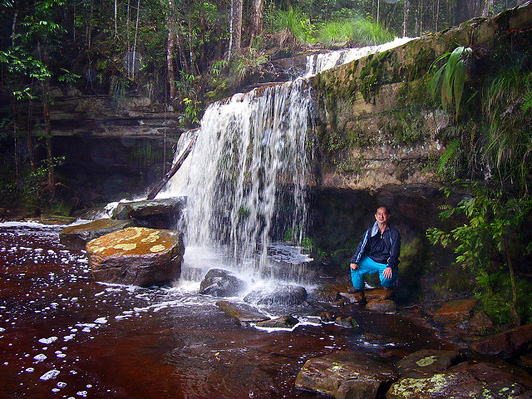 It was like something out of a movie. In 1947 a pilot was lost in the fog over Borneo. Just as the fog cleared he found himself facing a rock wall. He circled around to find that the wall, nearly a kilometer high, enclosed an area of 588 square kilometers. It was later named the Maliau Basin and aptly dubbed The Lost World of Borneo. Exploration revealed that because of its isolation, the area had developed a unique tropical ecosystem. In 2006 alone more than 50 new species of plants and animals were found there. The exotic landscape has been called “Jurassic Park sans dinosaurs”. According to one website, less than 2000 people have visited the river and waterfall rich Shangri-La, and that only about half of it has been explored.

I heard about this place while looking for wild pygmy elephants on the island and was really disappointed that I didn’t have time to arrange a trip.

Borneo is more expensive than most other places in Asia, and the Maliau Basin is more expensive than most places in Borneo. However, it’s still cheaper than a comparably awesome trip to the Galapagos, Machu Piccu, or Madagascar. According to one visitor, a 3D2N trip for three people could be arranged for as little as $600USD (RM1900) per person, not including airfare.

Asian Adventure 2: Swimming with Sharks in the Southern Philippines (Malapascua and Leyte) 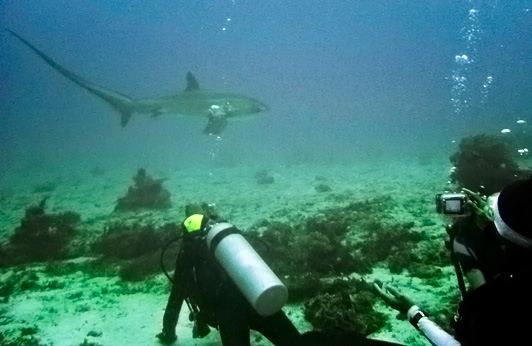 It’s no secret that the Philippines is a diving mecca. Most people seem to go straight to Coron and Palawan to explore the numerous WWII wrecks. While I was there last December, though, I did went looking for sharks, and was able to see three different kinds of sharks in two days of diving on two islands just a day’s travel apart. Most people go to Donsol to swim with whale sharks, but I like to go to Leyte. Donsol, I’ve heard, is very crowded and has somewhat poor visibility. I’ve gone swimming with whale sharks on Leyte twice and both times I was with only a handful of people on one banca boat and the water was crystal clear. This year I went to Peter’s Dive Resort on Leyte, which is one of the few (maybe two) resorts that offer whale shark tours. Peter’s has very nice clean rooms for from about $30 – 70 USD and charges around $90 for a day trip to swim with the whale sharks. Swimming with whale sharks does not require a scuba diving certificate. The sound of scuba gear tends to annoy the sharks, so everyone snorkels.

Next I went to Malapascua where I did my PADI Open Water course with Fun and Sun Dive and Travel. I completed my certificate in three days (it cost about $500 USD). Although I stayed elsewhere, the shop had rooms for about $20 USD/night). The day after I finished the course I went for two dives. On the first dive I saw the thresher sharks that Malapascua is famous for. On the second dive I saw a couple of reef sharks and a jellyfish. Theoretically, one could swim with all three kinds of sharks in three days (allowing one day to travel between sites).

Unfortunately, I’ve been spoiled by having these sought-after experiences for my first dives. Now, coral reefs and pretty fish just aren’t going to cut it for me. 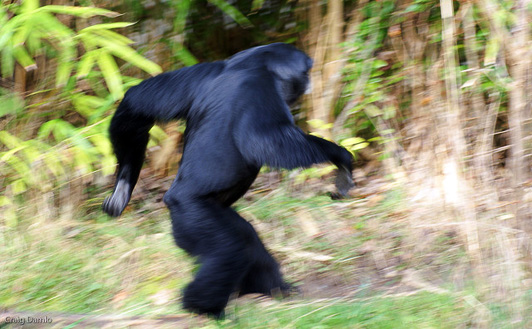 Last year I read that Chinese scientists were mounting the biggest search for the Yeti in history and looking for volunteers to help out. Since then I have wanted to search the mountains of Asia for the fabled beast.

The most recent hype about the legendary hominoid, however, is centered around the Keremovo region of Siberia in Russia where scientists claim they are “95% certain” they’ve found evidence of the Siberian Yeti including footprints in the Azass cave. The Russian government has also said that they are encouraging tourists to visit the area.

I would love to join either of these expeditions and wander the mountains of Asia with my camera. It would be like an epic hiking trip, with a chance of Yeti. 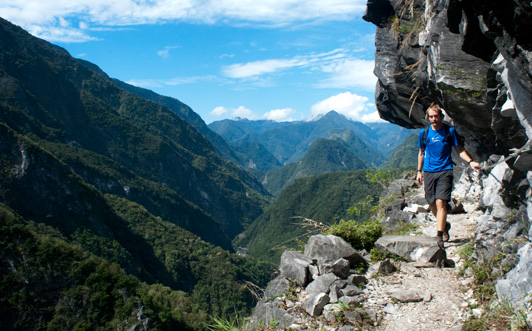 When talking to Richard from Barking Deer Adventures about getting a permit to climb Taiwan’s Jade Mountain (said to be the tallest mountain in East Asia) he suggested that I check out the trails in Taroko Gorge. The gorge is one of the deepest in the world and a spectacular sight. The sides are so steep and rocky that I had never thought it possible to hike there. However, as it turned out, the Japanese had built several trails through the gorge when they occupied Taiwan to monitor the aboriginal population and suppress rebellions. Many trail sections had to be blasted out of the sheer rock faces of the gorge. The result is some spectacular sections, including one 200m section of the Jhiulu Trail (dubbed the Vertigo Trail) where the trail is just a couple of feet wide with sheer cliffs rising and dropping several hundred meters on each side. Check out my Vertigo Trail video here.

There is a great guesthouse at the bottom of the gorge run by a guy named Rihan. He has rooms for around $25 USD per person. For $10 USD he’ll rent you a bike for the day. For another $10 USD he’ll drive you and the bike up the gorge, drop you off your trail of choice, and will lock up the bike at the end of the trail so that after you finish your hike you can cruise down the gorge back to the hostel on the bike. It is an epic ride. 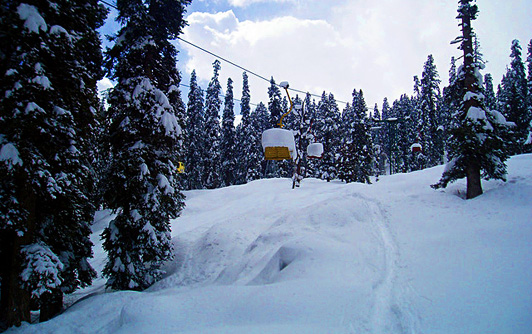 Gulmarg in Northern India is one of the coolest ski resorts I’ve heard of. It consists of two gondolas that will carries skiers and snowboarders over 1100m up Kongdoori Mountain. Torrential snowfall makes this among the best ski destinations in the world.

What makes it great, in my opinion, is that the resort is almost totally undeveloped and the skiing is all backcountry style. One Wikipedia contributor wrote that it’s not unusual to make ten runs in a day and find fresh tracks on at least a few of them.

Rooms here can be found for around $35 USD.

For these reasons it was rated by CNN International the world’s 7th best ski resort, and is on my must-do list this year.

8 thoughts on “My Top Five Budget Asian Adventures for 2012”