You are here: Home > quotes

We enjoy travelling among strange cultures and pushing our bodies in outdoors activities because we love exploration and adversity. In overcoming adversity, we prove to ourselves, time and time again, that we are not confined by social norms nor limited by our bodies. Overcoming adversity makes us feel free. 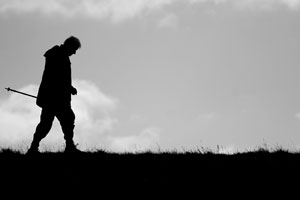 Why would I write a list of walking quotes? Today wrote a a query letter to a magazine editor about an article about different walks that a person can take in Taiwan.  While looking up quotations to use in the query I suddenly remembered how much I used to enjoy walking.  When I first started traveling, whenever I arrived in a new city, after putting my things in a hostel, the first thing I would do was walk down random streets and alleys and I wouldn’t stop until I had gotten myself good and lost.  That would usually take one or two hours, and finding my way back several more. One my first trip outside of North America ( I was 18 at the time) I spent eight hours lost in Madrid at night.  It was the most exciting thing that I had ever done.  I explored cobblestone alleys and unknown plazas and wandered among centuries old pillars holding up centuries old roofs. I saw gangs of street hoods and tapa bars filled with overweight, overly made-up prostitutes — things I’d never seen before in my life.  I was even accosted by one extremely persistent old hooker missing several teeth who insisted in walking arm-in-arm with me and chattering away to me in Spanish even though it was obvious that I didn’t speak Spanish and wasn’t going to give her any money.