You are here: Home > Blog > The Best Budget Trip for Chinese New Year 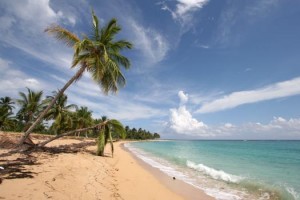 This year Chinese New Year vacation is expected to be from February 13th to 21st.  It’s already a bit late to buy tickets, and many flights are already sold out, but there are still some good deals to be had.

Since Thailand and the Philippines are both relatively cheap countries with postcard beaches and vibrant cultures, and are usually cheaper to fly to than other Asian countries, they’ve become favorites among expats in Taiwan and are your best bet for an economical Chinese New Year Vacation.

With this in mind, this morning I compared prices from three popular budget airlines, Cebu Pacific Air, Asia Air, and Eva Air, for cheap plane tickets from Taipei to Bangkok and Manila.

First, I ran into a problem.  Eva Air had no tickets flying to Bangkok on Saturday, February 14th.  They were sold out.  So, the prices I’ve listed for Bangkok are for flights flying out on the 15th and returning on the 21st.

The cheapest airline tickets to a cheap and beautiful destination are from Cebu Pacific Air from Taipei to Manila by a significant margin.  So, Manila will definitely be your best bet if you want to fly somewhere in Asia, but you should be prepared to purchase ferry tickets or a flight to another island because Manila is not the kind of place most people enjoy spending their vacations.  Of course you will have the same issue if you fly to Bangkok, Phenom Penh, or any other major Asian city.

7 thoughts on “The Best Budget Trip for Chinese New Year”