The Seven Links Project: Seven of my Favorite Blog Posts

You are here: Home > Blog > The Seven Links Project: Seven of my Favorite Blog Posts

Tripbase recently started a project that has spread throughout the travel blogosphere. They asked a few bloggers to summarize seven categories of old blog posts, highlighting some of their most interesting content. Then, each blogger then nominates five more bloggers to do the same.

Thanks to Suzy Guese for the nomination! Here are my seven posts.

Most beautiful post: Ghosts and Angels on the Beautiful Island 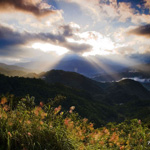 By far one of the most personal stories that I’ve written on my blog, this post tells the story of a friend of mine in Taiwan who died and describes the haunted beauty of both the Taiwanese countryside and religion. The story, however, is ultimately about the incredible kindness that our Taiwanese friends displayed in the wake of the tragedy. 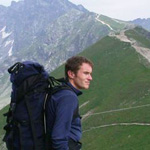 This was actually a list of tips that my aunt, a travel agent and veteran traveller, sent me before I went to Borneo. It became popular on StumbleUpon and has since brought more traffic to my blog than any other post. It think its popularity is related to tip #8, which suggests that you “buy really, really large ladies underwear (not the bikini type) and soil them with dirt or coffee and put them on top of your clothes” to deter people from looking through your bags. 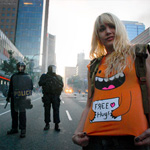 I happened to be in Vancouver after attending TBEX ’11 for the riots after the Canucks lost game seven of the Stanley Cup finals. When they began I headed straight into them with my camera. This first-person narrative was one of the most popular pieces written about the riot on the Huffington Post and drew hundreds of comments in the first three days, many discussing the ethics of my presence at the riot, the legitimacy of blogging as journalism, and whether journalists should remain passive observers when they have the ability to intervene in unjust actions.

Most helpful post: How Can I Find  a Writing Job in Taiwan? 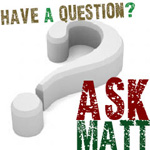 Everyone knows that you can get a job teaching English in Taiwan, but many aspiring writers are not aware that it is also a good place to search for your first writing job as there is less competition and less experience is required, compared to most English-speaking countries. This post outlines the main types of writing employment available and where and how to find it.

A post whose success surprised us: Adventures in Malaysian Borneo Part 1: Driving at Night with No Lights 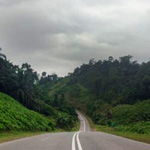 This was a post that I wrote quickly, mainly for my friends who wanted to hear about my trip to Borneo and find out what kind of trouble I got myself into. My friends thought it was dramatic and funny and began sharing. Then everyone began sharing it. It’s definitely most popular narrative I’ve written, which surprised me because I put very little effort into it.

A post that didn’t get the attention it deserved: Four Questions For Rolf Potts 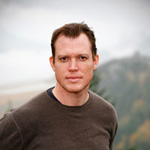 What can I say? It’s four questions with one of the most famous successful living travel writers in which we discuss Kerouac, Vonnegut, writing style, and the international drug scene–things I’ve never seen him write about elsewhere.  I thought it was a gem of an interview. Traffic to the page, however, indicates otherwise.

The post that made you the most proud: Kootenay Ski Culture 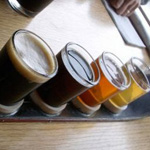 There are many posts that I’m very proud of (There’s Treasure Everywhere and Change were also contenders for this spot), but this is the most recent. I wrote it shortly after returning to Canada for my first extended visit in six years. I’m proud of it because I proved to myself that I was able to write a piece about my own culture as interesting as those I write about others. It also brought me the best-paying assignment of my career. Shortly after writing it, I sent this post to Kootenay Mountain Culture magazine because I thought they’d get a laugh out of it. I guess that they did, because they wrote back asking me to write the feature for their next issue.

Lorna of The Romantics

Carrie of My Several Worlds

Richard of Lief in Taiwan

Unfortunately, those are the only bloggers that I know who haven’t already done this, so I have two nominations left. So, if you are a blogger and would like an invite, please just comment below and I’ll send you one.

1 thought on “The Seven Links Project: Seven of my Favorite Blog Posts”