You are here: Home > Blog > A Few Random Pictures from My Trip Home
By Matt on August 2, 2010 in Photography 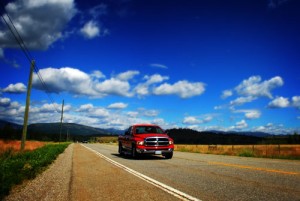 I’m from a small town in Canada’s Rocky Mountains called Cranbrook.  Cranbrook has a population of about 20,000 people.  The main industries are mining, logging, and tourism.  There are numerous trailer parks and it’s likely there are more people living in trailers than houses.  The surrounding area is checkered with farms. Wide brimmed cowboy hats, belt buckles that could double as coffee tables, and blue jeans so dark they look wet worn tight enough to induce infertility are always in style.  The vehicle of choice is the pickup truck.  Trucks suspended less than three feet off the ground with tires smaller in circumference than hula hoops are considered to be “for pussys”. Bingo night is big news.  Hockey is religion.

This July I went home to visit for two weeks.  I didn’t take out my camera much (just a few times to take some pictures of my family and a trip to the lake with friends), but I got a some good shots.  Here they are. 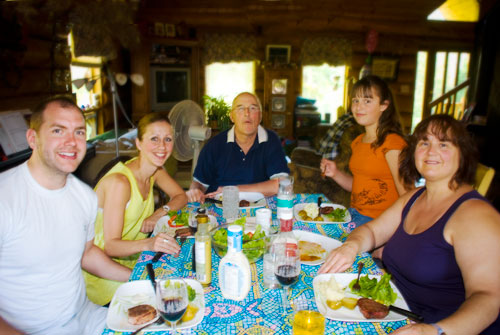 Dinner at my father’s house (with my sister’s fiancee). 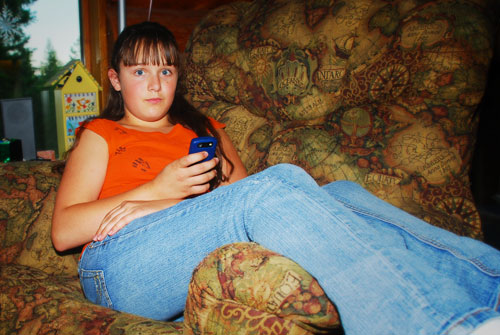 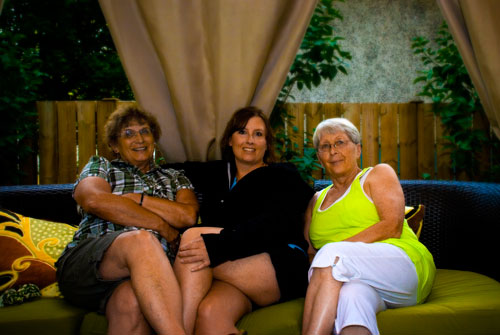 (From left to right) My Auntie Patty, cousin Holly, and mother. 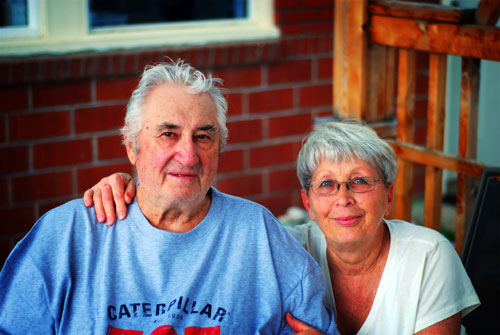 My Uncle Fred and my mom. 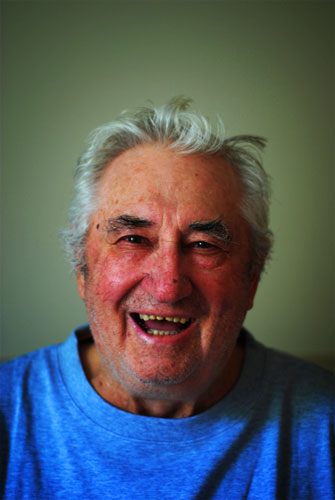 My Uncle Fred. He’s 86 and lives in a cabin in the woods that has no running water and, until recently, had no electricity. When he wants to go to town he has to shoo away the bears that sleep on the hood of his truck with a broom. I took this picture in a nursing home where he was recovering from knee surgery. He told me about his days doing construction in Northern Thailand, Turkey, and Iran. The last time he visited my mother he brought a grocery bag brimming with uncashed pension cheques and asked my mother what he should do with them. I suggested he go traveling. He had just finished reading Seven Years in Tibet, and decided he should go there. “I’d rather die over there than stuck in this place, where ya’ need a damned security code just to go outside,” he said. He’s everything that I want to be when I’m 86

A Trip to the Lake

One afternoon my friend Theresa, her daughter Jaidyn, and her friend took me to nearby Jim Smith Lake.  It was entertaining. 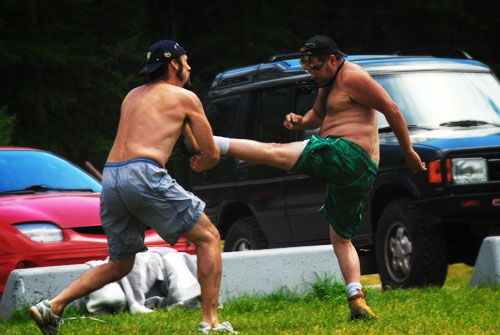 Rednecks fightin’ at the beach. It all started with the guy in the green shorts mouthing off the other trying to impress some 16 year old girls. 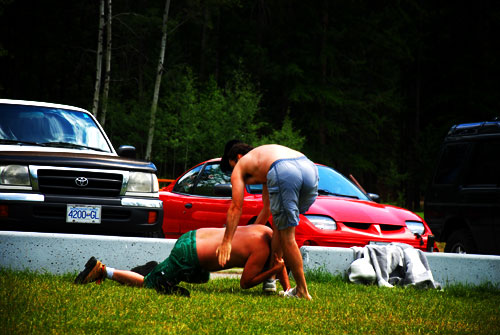 It was a really pathetic fight. Here the dude who ended up losing is hugging the other guy’s leg. 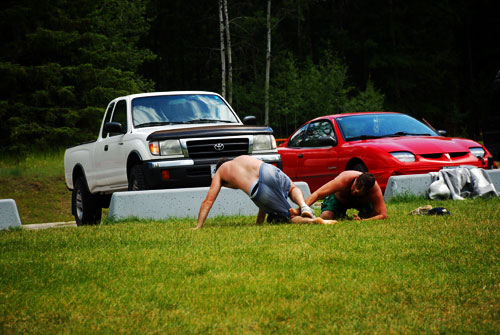 Then he tried to pull the guy’s shorts down. Just sad. 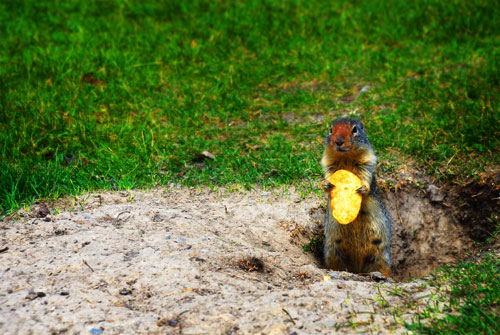 This is the groundhog that lived in a hole beside our our spot on the grass. 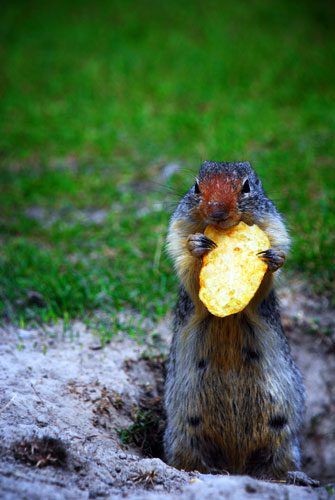 We fed him chips.

I said that the chips would probably give him diarrhea so the girls tried to give him a raisin, but he was wouldn’t take it because he liked the chips better.. 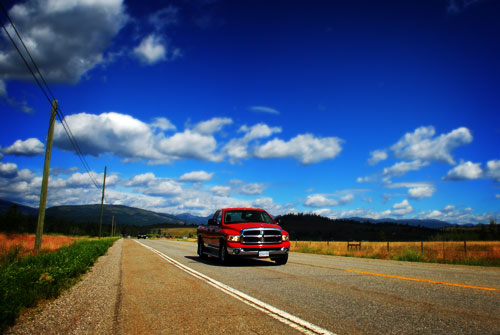 This picture epitomizes Cranbrook – a big ol’ pickup roaring down the highway with mountain in the background.

6 Responses to A Few Random Pictures from My Trip Home