Ask Matt: Finding a Teaching Job in Taiwan Through a Recruiter

You are here: Home > Blog > Ask Matt: Finding a Teaching Job in Taiwan Through a Recruiter 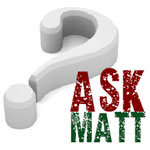 I just landed a job at a language school in Taiwan, teaching both kindergarten and elementary age kids.  I found the job through IACC.

I have a few questions:

First, I noticed that you said do not deal with recruiters as many of them have shady business practices.  I have heard this before, but so far IACC has been very helpful.

I have said before that, as a general rule, you should not use a recruiter of any kind to find a job.  Despite this, I’m sure that some agencies are not all bad.  However, it is generally believed among teachers that most agencies are trying to make money at the expense of the teacher.

Agencies make money because they can hire people abroad who do not know the going rate, and pay them less.  You should never teach English in Taiwan (except in very rare cases) for less than NT$600 per hour.  From the looks of the job you have been offered the salary is low.

The web page you sent me says there 25 teaching hours per week.

Personally, I would never accept this job.  But, even though the pay is a little bit low, it may not be too bad of a job.  Some people would argue that if the school gives you block hours each day (all of your working hours in a row, rather than at different times of day) and that you are not spending your time running to different branches of the school in different parts of the city, then it’s not a bad deal.

But, you should notice that your working hours are listed on the website as being 8:00 am to 6:00 pm, which is a lot more than five hours per day.

You should be warned that some schools and agencies will offer certain terms to entice a person into work, but will change the conditions of employment once the school has arrived.  They will use the new teachers ignorance about Taiwan, their ability to find a new job, and their ability to get a work visa and ARC, to pressure the teacher into accepting their terms.

Don’t let them scare you into accepting conditions that are less than fair.  You can leave and you can find a different job and a work permit on your own.

11 thoughts on “Ask Matt: Finding a Teaching Job in Taiwan Through a Recruiter”