Most holidaymakers look for a quiet beach where they can relax. For some, however, this kind of holiday lacks the excitement and adventure they’ve been looking for all year. So here’s a collection of the five holiday destinations that will get your adrenaline pumping, from either excitement or a little element of danger.

One place to get your heart racing is on some of the world’s most impressive rollercoasters and rides, and there is no better place to find such rides than Florida. Not only is Florida home to the magical kingdom of Disneyworld, with features Tomorrowland, the Indy Speedway and Splash Mountain, it’s also home of Universal Studios and the 335-acre Busch Gardens. Busch Gardens has several stomach-wrenching rides, such as the monster inverted steel rollercoaster Montu, and the fastest wooden double rollercoaster in the world, Gwazi. There are several water rides in the park too, including the Congo River Rapids, Stanley Falls, and the Tanganyiki Tidal Wave. After Busch Gardens you can head to the newest addition to Universal Studios, the Islands of Adventure. Described as the most high-tech theme park in the world, the Islands of Adventure gives you the chance to defy gravity and to experience the world’s first inverted dual rollercoaster. 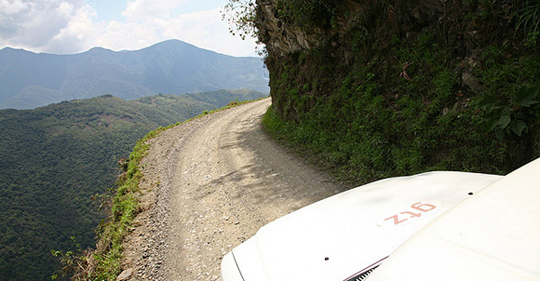 A holiday in Bolivia may sound harmless, and in most cases it is, that is unless you plan to take your hire car from the Bolivian capital of La Paz to the town of Coroico via The Road of Death. This 38-mile stretch is the most dangerous road in the world, and has held that title since 1995. The road follows the equatorial forest zone and is comprised of just one lane that rarelly exceeds 3.5 metres in width. The road is especially treacherous on rainy days. Even though it is paved, after some rain the road just becomes a muddy mess. The route is seldom travelled by vehicle these days. It’s best experienced by foot or cycle.

Kenya is home to a variety of animals, from the cute and cuddly to those that will cause you to ponder your position on the food chain. Kenya is a beautiful country, considered by many to be the ‘Jewel of East Africa’. If you visit, you’ll see why. The country is awash with some of the most outstanding beaches that Africa has to offer. Pure white sands and coral reefs are common. It’s aso home to over 50 reserves and parks. From desert and mountains to forests and marine parks, each has a selection of safaris to choose from. It’s not only Kenya’s wildlife that’s diverse; its population consists of over 40 different tribes, each with it’s own unique lifestyle. If its adventure you’re after, then Kenya is a destination worth considering. 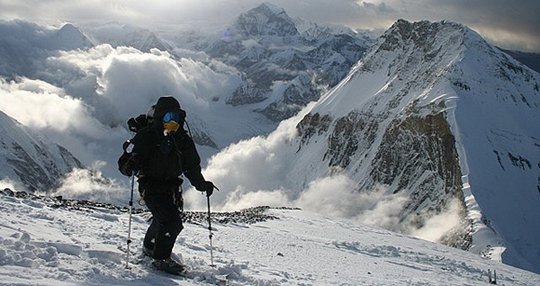 Asia is home to the Himalayas and with that the world’s highest peak, Mount Everest. The peak offers extreme mountain climbing opportunities as well as intense ski slopes. However, at 8,848 metres high, you’ll have to be well prepared and be willing to use your survival skills. The mother of all mountains has been both kind and treacherous throughout the years. If you’re looking to conquer the summit, make sure you’re up for the challenge by properly preparing yourself with the correct training and equipment.

From large mountains to one of the longest rivers in the world, the Amazon has its fair share of perils, as well as astonishing beauty that attracts adventurers from around the globe. At just over 4,000 miles in length, the Amazon River is the fastest flowing river in the world, accounting for around one fifth of the planet’s total river flow. For those looking to enjoy the wildlife, the river, along with the Amazon rainforest, is home to more than a third of the world’s species. Just watch out for the alligators. Plenty of jungle adventure tour companies operate out of Manaus, the main city in the Amazon with a surprisingly large population of 2 million people.