You are here: Home > Blog > A Siem Reap Weekend Trip And Photography Tour 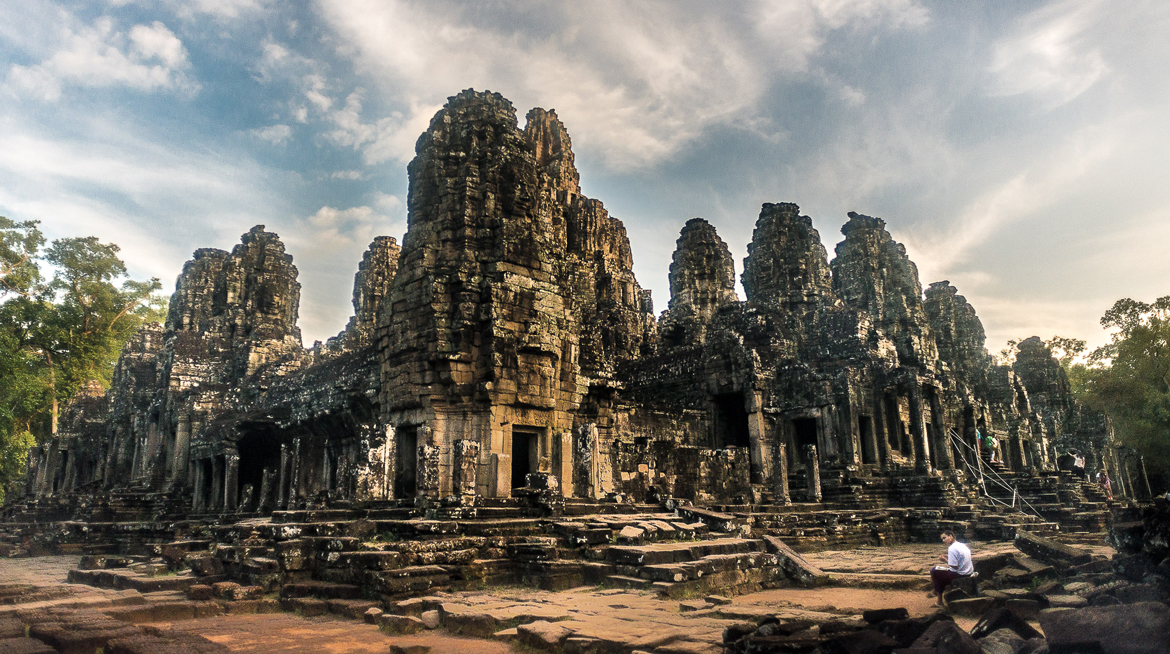 My girlfriend and I were looking for a place to visit on a long weekend in early December. Being in Bangkok, we had lots of cool nearby options. When she told me she hadn’t been to Angkor Wat, I was like, “In that case, we definitely have to have to go.”

I’d been there once before (you can read about that trip here) and had been blown away.

Note: I’m in some places (like the title) I refer Angkor Wat for convenience because that’s what most people know it as, even though Angkor Wat is actually only one temple in the much larger city, which is called Angkor Thom (the great city).

Angkor Thom is one most impressive historical sites in the world. In its heyday (around the 9th to 15th century AD) to say it was the largest civilization in the world is an understatement. The city covered 1000 square kilometers making it bigger than modern-day Paris and several times larger than the next biggest city of the time (Tikal, Guatemala) and its temples and buildings used more stones than all the pyramids in Egypt.

December is also a pretty ideal time to visit because it’s both one of the driest and coolest months.

We were looking for a relaxing getaway, so we didn’t want to overbook ourselves with activities. So, we arranged this itinerary:

Day 1: Arrive in the afternoon, check in to the hotel, and relax.
Day 2: Full-day Angkor Wat photography tour from 5am to 6pm.
Day 3: Sunset cruise on Tonle Sap Lake from 4pm – 8pm

So, the first thing we did when arrived was check in to our hotel for some R&R. 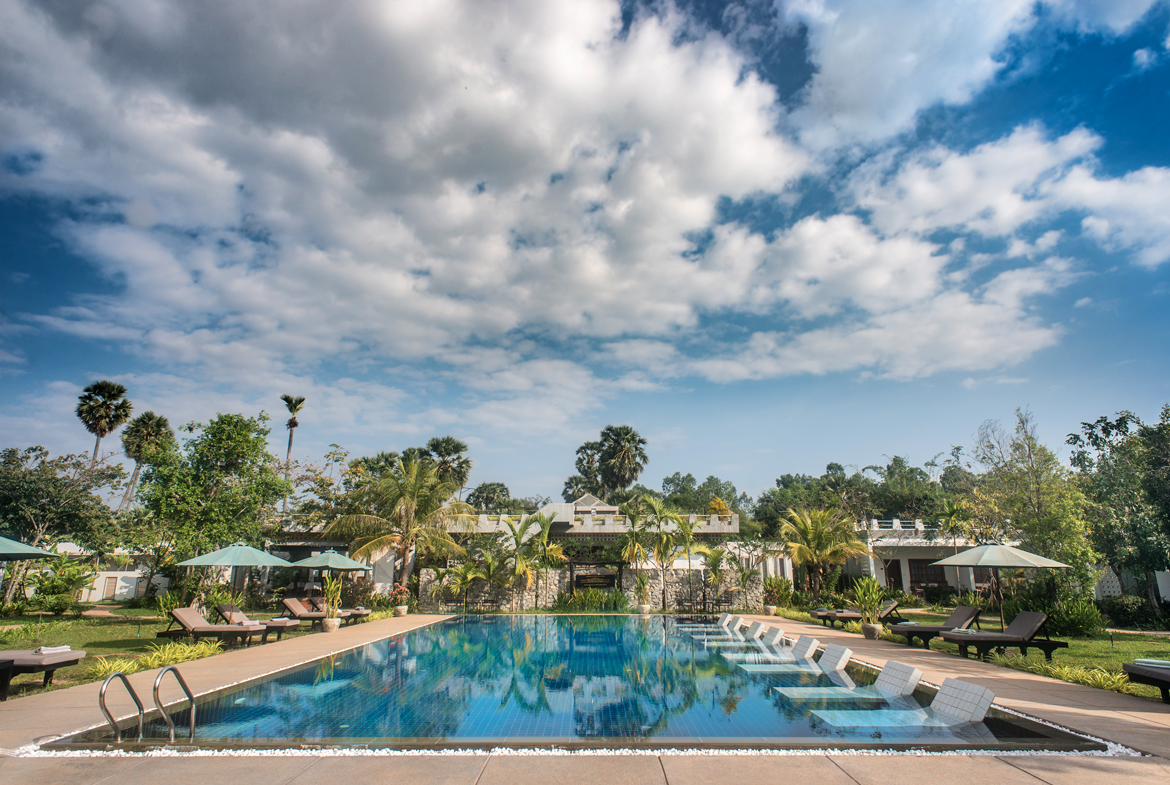 Chilling Out At Tresor D’Angkor

I was very happy when we arrived at our hotel, the Tresor D’Angkor. It’s only 10 minutes from downtown Siem Reap, but the location is perfectly isolated from the busy city, quiet, and tranquil.

I’m not a hotel guy. To me, a room is a room, but the design of this resort really struck me. It reminded me of the Jetwing Hotels in Sri Lanka designed by Geoffrey Bawa, which are probably the most striking buildings I’ve ever seen. The Tresor D’Angkor was so similar in style and atmosphere to Bawa hotels that I asked several people whether or not it was intentional. Nobody on staff knew.

After a chill afternoon at the resort, we turned in early to get ready for our 5 am photography tour pickup. 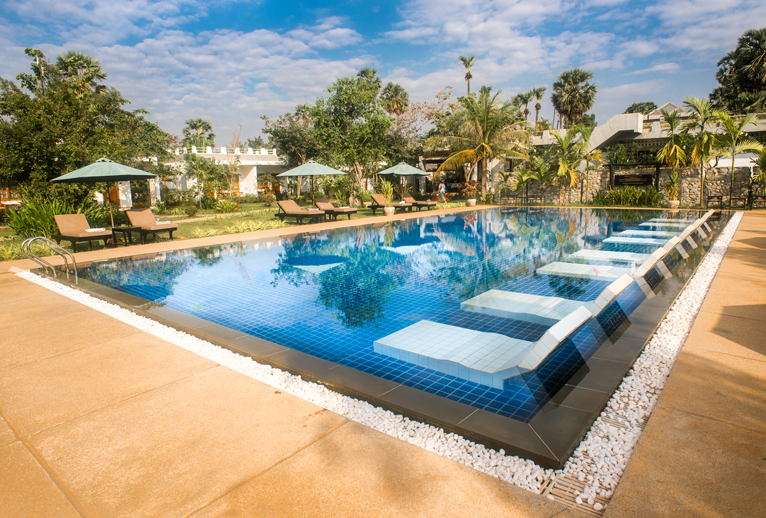 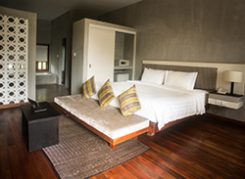 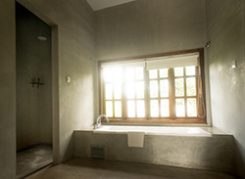 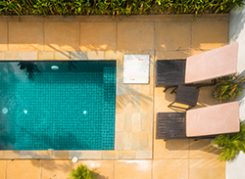 The Photography Tour: A Different Look At Angkor Wat

I was a bit concerned about this tour. We were committing to more than 12 hours with a tour guide who we hadn’t spoken to in advance. I really didn’t want to go and visit the usual photo spots — especially Angkor Wat at sunrise, which is usually a swarmed with a mob of tourists all jockeying for position to get the same iconic shot.

I wanted to explore lesser-known parts of the complex.

I was in luck. Our guide turned out to be awesome. His name was Kimleng Sang. He’s not only a great photographer who knows the area intimately, but he’s also a passionate photographer endlessly interested in finding new places to shoot and new ways to look at familiar ones.

The day was an excellent mix of off-the-path spots and must-see temples and buildings. Whether it was because of the places he took us, or angles and framings he pointed out, I owe most of my best photos to Kimleng’s help.

Here are few I couldn’t have gotten without him. This one I definitely owe to Kimleng, because he took it for us. This is a totally random spot not far from one of the main temples, that had no path to it and you’d never think to check out. Kimleng, however, insisted we visit it and told us we wouldn’t regret it. We didn’t. Even after three trips to the famous Bayon Temple, I was never satisfied with my photos of it. Even standing right in front of this shot, Kimleng had to point it out and guide me to find the proper framing. I learned a lot from that guy.

Here are a few more of the photos I took that day. 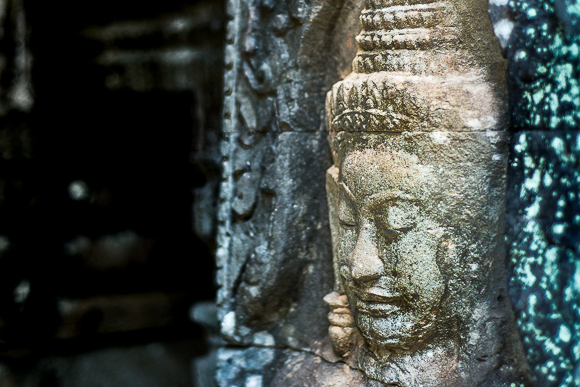 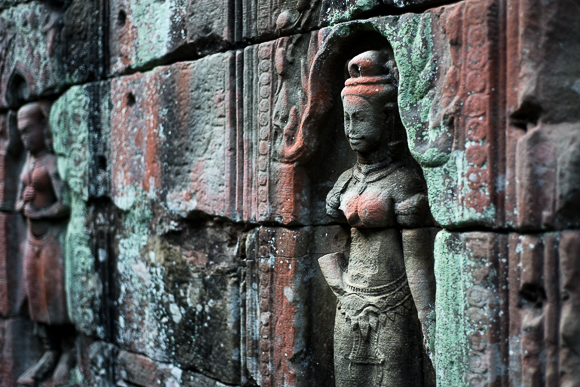 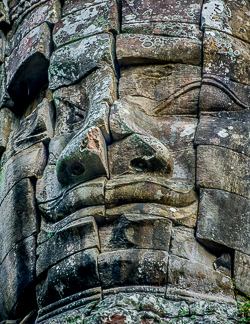 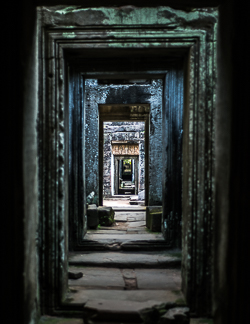 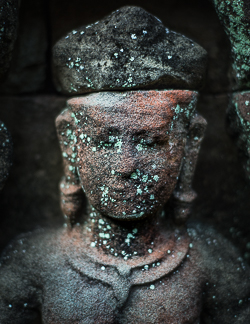 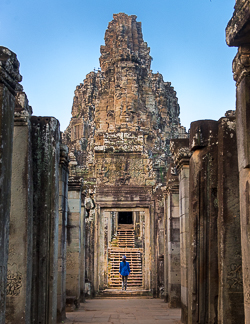 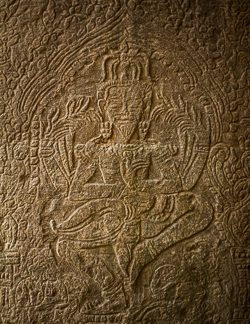 Big thanks to our guide, Kimleng, who really made the day! Want to try this tour?

You can book it on KKDay here. But, they have more than one photography tour guide. If you want the same guide who helped me get these shots make sure that you request Kimleng Sang. Tell them that Xpat Matt sent you! We knew this was going to be a bit of a touristy activity, but after our long day exploring Angor Thom we wanted something relaxing. A 4-hour cruise and few beers sounded just right. We also booked this trip through KKDay.

We showed up at the pier to crowds of tourists piling onto big boats. We were super lucky, though, that our tour was on a small boat with only about 8 seats, and we were the only two passengers. I opened a beer, took out my camera, and snapped some photos as we cruised down the river.

At the end, we stopped at a floating restaurant where enterprising young kids who live on the lake would paddle over in makeshift boats (see the girl in the pail below) and charge tourists for photos with them or — on some occasions — with them and their pet snake.

The restaurant was, of course, a tourist trap with lots of knick-knacks on sale, and you could try exotic foods like snake and crocodile. I gave the crocodile a taste. It was pretty good; tender like chicken with a slightly fishy flavor. 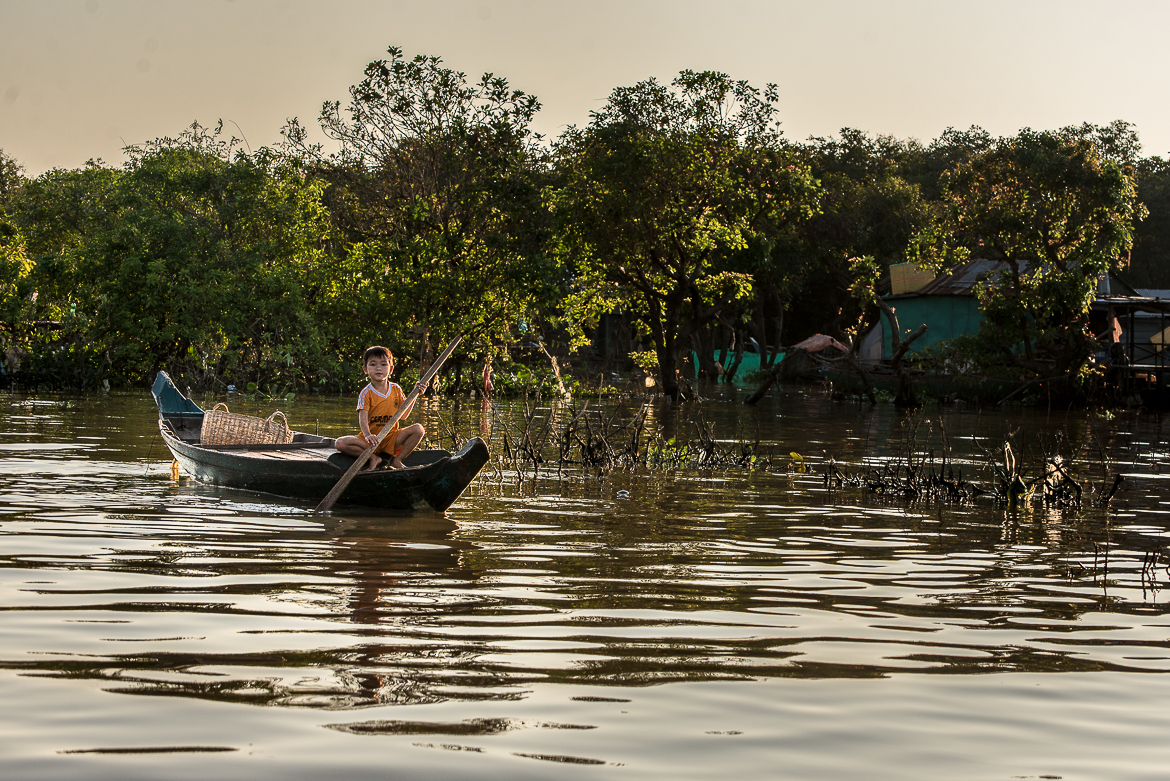 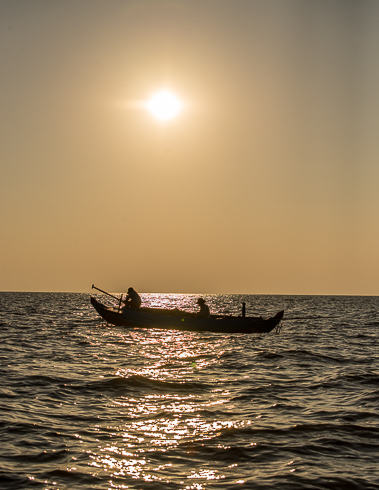 No trip to Siem Reap is complete without a stroll through pub street, which is a super touristy area with tons of restaurants, bars, and shops.

Fish foot massages are pretty common in Taiwan and I tried them many times. Noey had never tried one, so after dinner one night I took her to try.

I don’t take the best care of my feet. I run a lot — often barefoot on the beach. This makes them very dry and calloused. Turns out that’s something that the fish love because they swarmed my feet like crazy! I’d never seen anything like it. Check it out.

Have you been to Siem Reap? What would you recommend if you were only there for a few days?

Every week we hand-pick the best deals from around the web and deliver you up to 80% off your favorite brands like Patagonia, North Face, and Arc'teryx
Tweet
Pin
Share579
579 Shares

6 thoughts on “A Siem Reap Weekend Trip And Photography Tour”