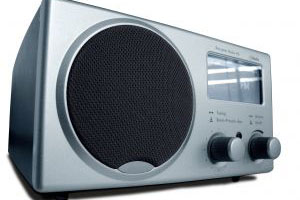 Purity
I hate North American radio: that stream of shallow, repetitive pop songs that assaults you in every mall, barbershop, and restaurant. College radio too. Every DJ wants to be Howard Stern or Happy Harry Hard-On, they talk too much, and the music sucks. And, in my opinion, there’s only one thing worse than Western Radio. Taiwanese Radio. It’s like one long looped Chinese Christina Aguilera parody.

So, when I was assigned to write an article on college radio in Tainan I was petrified. How would I refrain from tearing a strip out of this innocent, unsuspecting station?

Salvation came while sitting in the Shining Radio studio browsings cds and discussing music with a their longest running DJ, Axel. I realized: Axel is just like Ivan, my music junkie friend who spends his days foraging through record stores and scouring music mags for gems. The same guy that introduced me to some of my favourite bands, like the Sonic Youth, Modest Mouse, and Yo La Tengo, back when they still played in bars for beer.

The DJ’s of Shining Radio are the Ivans of Taiwan; people who know music sharing the music they love. No egos. No commercials. No stupid DJ sound-effect jokes. And NO censorship! From the bastion of conservative academia that is the Southern Taiwan University of Technology flows everything from experimental jazz to funk, to punk, to Norwegian black metal, yet no DJ on Shining Radio has ever been asked to tone it down. Shining radio is, if there exists such a thing, pure radio.

Highlights
There are eight English shows hosted by eleven DJs on Shining Radio; too many to go into in this short article. So, here are the highlights:

Ear Defender hosted by AJ – Wednesday 10 am to 12 pm/Sunday 8 pm – 10 pm
“I am here to protect your ears from crap,” proclaims AJ. In defence of our aural faculty he employs violent mix of hard-core punk and thrash metal offset by traditional rock and the occasional airy ballad. AJ also uses comedy to guard our lobes. He opens each show with We Love to Boogie by T Rex and occasionally interviews a backwoods hillbilly named Jarvis.

It Pleases Me hosted by Patty – Tuesday 11 am –12 pm/Saturday 3 pm – 4 pm
“I always try to work around a theme,” said Patty. “Lately it’s been female artists.” A five-year broadcasting vet Patty works hard to organize tight shows with smooth transitions. Her area of specialty is indie rock having been weaned on the music scenes of Lawrence Kansas and the Texas Mecca of music, Austin. Diverse and professional Patty’s show pleases more than just herself.

The Rest of the Time
For lack of space several broadcasts couldn’t be discussed in this article. Also worth checking out are: Spilt Milk with Michele and Pippy, Freak the Sheep with Richard, Random and Downloads with David and Cindy, and Below the Bassline with Chris.

There is also a limited amount of space for new DJ’s. Anybody may apply. If you’re interested contact Jessica at dda_lee@yahoo.com.tw