You are here: Home > Blog > The Josambro Taiwan Bicycle Adventure 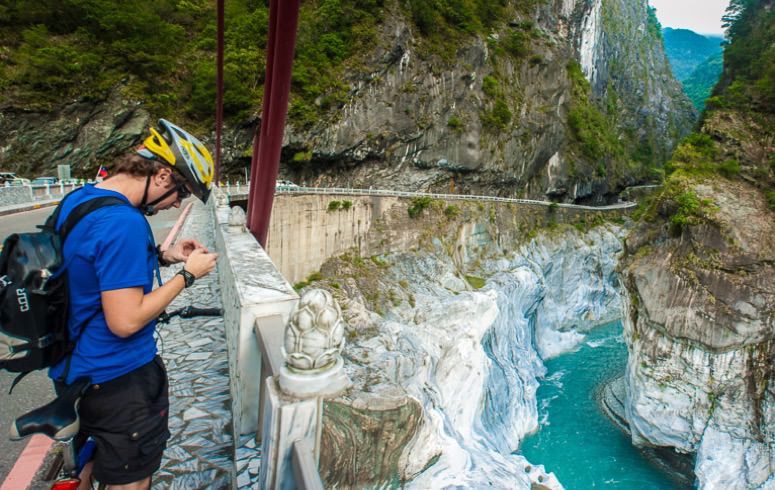 As my friend and fellow Nomadic Adventurer Matt Gibson has been kind enough to allow me to hijack his blog for a few hundred words to tell his readers about my new venture, I suppose an introduction is in order.

I’m Joshua Samuel Brown, author of 13 Lonely Planet guides, and like Matt, a long-time wanderer, writer and global adventurer. The place I’ve lived the longest is Taiwan (It’s a great place for an extended adolescence, as Matt I’m sure will attest), becoming an expert on the land, its people and culture. After a few years away from my beloved island, I’m heading back next month for a new adventure.

Earlier this year I was contacted by a company called Bicycle Adventures that does luxury bicycle trips around North America and a few international locations as well. Bicycle Adventures was launching a Taiwan tour and having read an article I did a few years back for Bicycle Times Magazine about riding in Taiwan, they thought there might be some synergy between us.

I visited their office, checked out their impressive track record (they’ve been around for 30+ years) and, most importantly, their plans for creating a Taiwan trip, and accepted a gig acting as planner, guide and liaison for their Taiwan tour. It’s a unique trip, mixing luxury, culture, culinary excellence and bicycling through the most beautiful spots on an island so noted for beauty that the first Portuguese sailors to set eyes on its coast said “Isla Formosa!” – Beautiful Island, a name which sticks to this day. 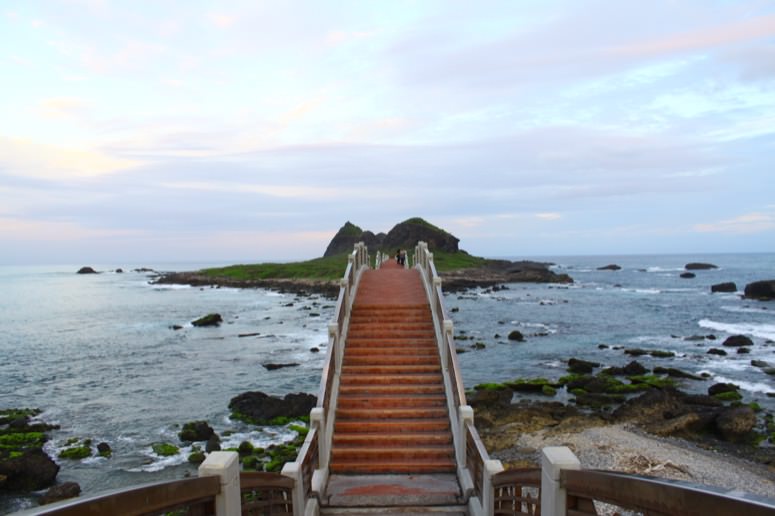 And that’s where you come in. Because I’d like you, dear readers, to come along on said aforementioned adventure. And not in the “follow me on Twitter” way (though feel free – I’m @josambro), but literally.

The tours are going to be epic, even – dare I say? – life changing in the way that only exotic and challenging experiences can be. Over eleven days we’ll be riding on some of East Asia’s most awe inspiring roads, including the road leading from Taipei to the sea over volcanic Yaming Mountain, the winding east coast highway (considered one of the loveliest roads for cycling in the world), and through dramatic Taroko Gorge and beyond into the Central Mountain range.

The route has been picked specifically to appeal to cyclists of all levels, and of course, as with all Bicycle Adventures tours, our air conditioned van is always close by for riders preferring to take the easy way up any particular hill.

Time out of the saddle will be equally well spent soaking in natural hot springs, visiting tribal villages and working our way through Taiwan’s nearly infinite variety of culinary wonders. As for accommodations, we’ve chosen some excellent hotels including the Silks Place in Taroko, the Château Beach Resort in Kenting and the Grand Victoria in Taipei. (As if you’d expect less on a tour around Taiwan being orchestrated and led by a guy who writes guidebooks about the place!) 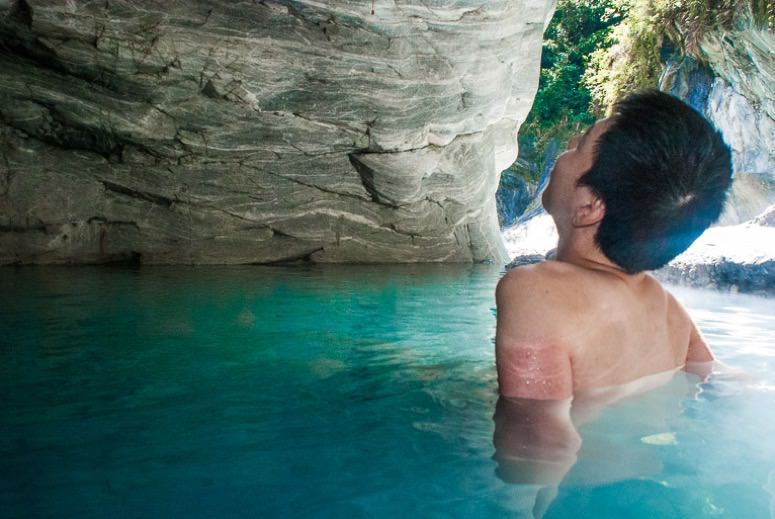 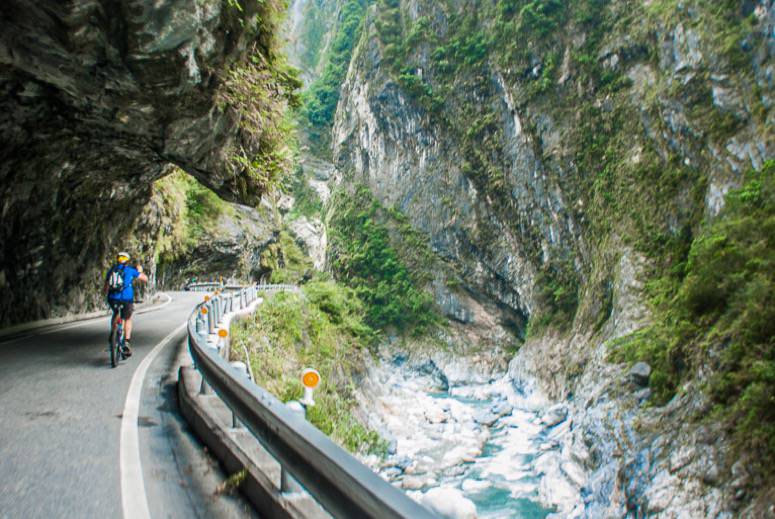 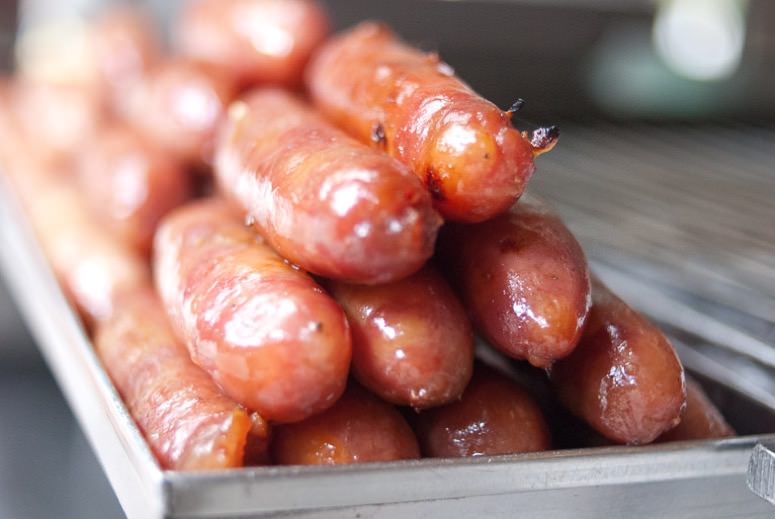 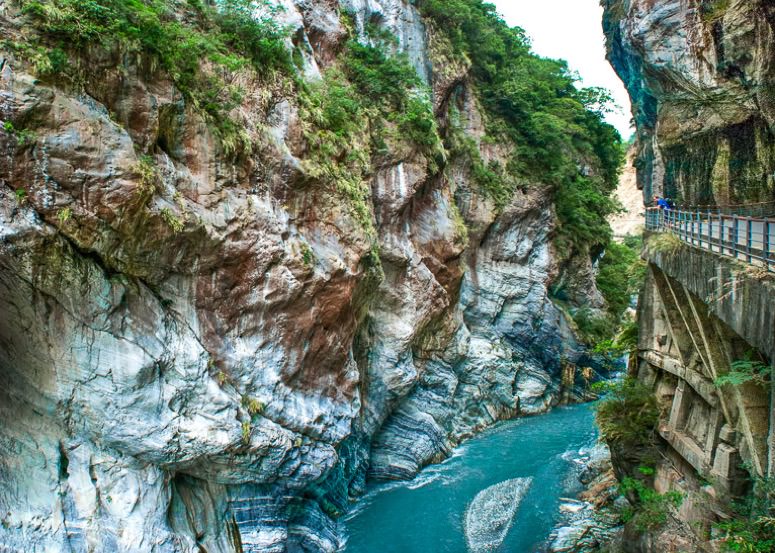 And that, of course, is another of our trip’s many added value factors: You’ll be exploring this vibrant, exotic landscape with a cyclist who writes guidebooks about Taiwan, benefiting simultaneously from my passion and experience in Taiwan and Bicycle Adventures’ 30+ years of experience in orchestrating luxury bicycle tours.

If you’ve read this far and want to go further, check out the Bicycle Adventures Taiwan Bike Tour page, which has full details about the tour-including pricing, dates, routes, activities and links to every hotel we’ll be staying.

If you mention this blog, you can get one of two discounts – $150 off the trip starting on October 24 and $75 off the one starting on November 7. Just use the code “XPATMATT” when booking.

Feel free to hit me up with any questions you might have about the tour (or Taiwan in general) at josh.brown@bicycleadventures.com.

Need a reason to cycle in Taiwan? Here’s five!

We now return you to your already scheduled blog, already in progress!